A group for the dark siders of the fictional universe of star wars.

this is the story of Darth Revan! The one and only True Dark Lord of the SIth! 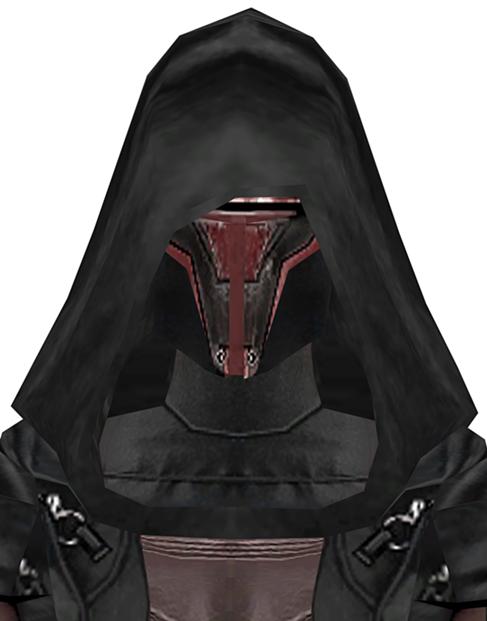 Boy who from ordinary Jedi Padawan become Legendary Dark Lord of the Sith.
Zhar Lestin: "During skirmishes between the Mandalorians and the Republic, Revan, moved throught the Jedi Order, arguing his cas for Jedi intervention in the war, Malak was the first to join, his closest friend. Others followed, many of our youngest and brightest, intend on saving the galaxy from the Mandalorian treat."
Canderous Ordo: "Revan's strategies and tactics, defeated the best of us. Even Mandalore him self was taken back by the ferocity of his atacks, the tenacity of his defenses and the subtlety of his plans. Revan fought us to a standstill and then began puching back. We didant's really have a chance!" 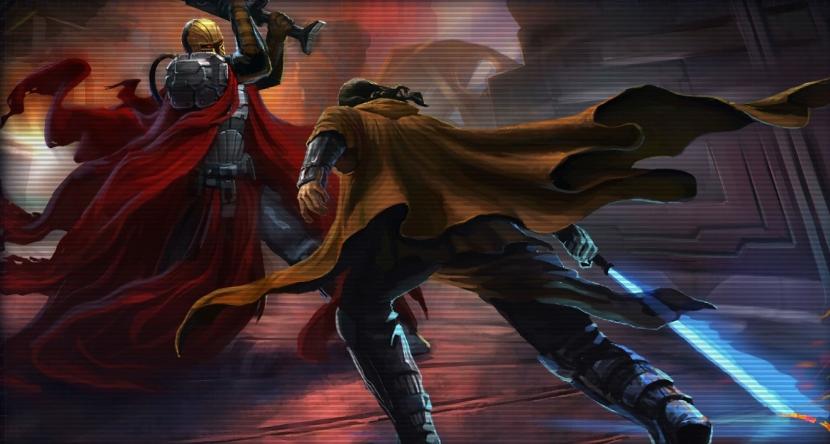 He could be the HERO of the Republic, but one things all changed! 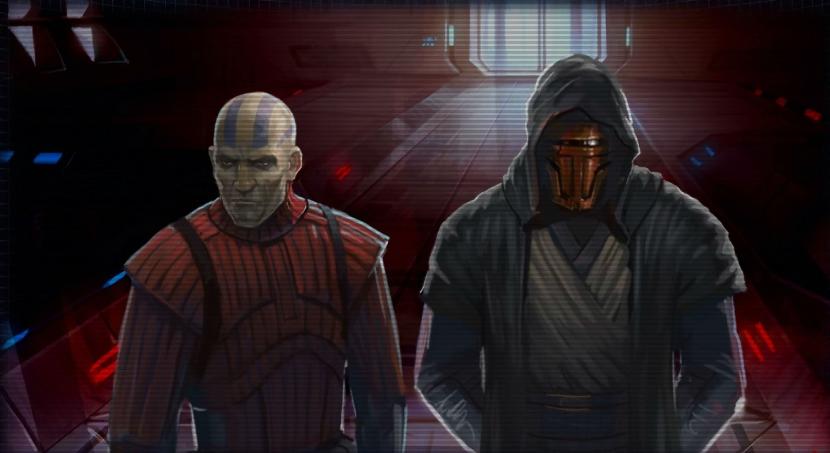 Jedi Malak: "Is this wise? the anciend Jedi sealed this archway! If we pass beyond this dor,we can never get back! The order will sure banish us! Are the secrets of the Star Forge so valuable? Can its power truly be whorth the risk?"

Revan colected all star maps to the Star Forge and with the fleet that was forge here, he began the invasion of the Republic. And his old teacher Dorak would later say :"The hero had become the conqueror!"
The reinvigorated Sith won battle after battle and the Republic force knew that they could not hold out forever against the sith. In 3,957 bby, in a desperate atempt to end the war, the Republic and the jedi set a trap for Revan and Malak, taken the sith fleet in a battle against a small fleet. During the space battle, Bastila led the small team of jedi that boarded Revan's flagship and manage to corner the Dark Lord on the ship's bridge.

Darth Malak:"I betrayed you when i realized my own strength was greater than yours!"
Darth Malak, in the hopes of destroying Revan, Bastila and the Jedi, betrayed his friend and master, ordering the ships under his command to open fire on Revan's flagship's bridge! But Revan survived....and was saved by the jedies and taken before the Jedi Council. He was much important to die,but much dangerous to live. To do this, Revan's broken mind was reprogrammed to conceal the old Dark Lord identity.

So he new training has began at the Jedi enclave on Dantoine, he redescover the first star map to the Star Forge. Hunted by Malak's hunters, he star chalange to find the others star maps. when he finish the search and found the location of Star Forge, the Republic fleet starts the atack on it!

Darth Malak to Revan : "Once again, we shall face each other in a single combat, and the victor will decide the fate of the galaxy!"
Revan and his crew, after repaired the Ebon Hawk, assault the Star Forge! 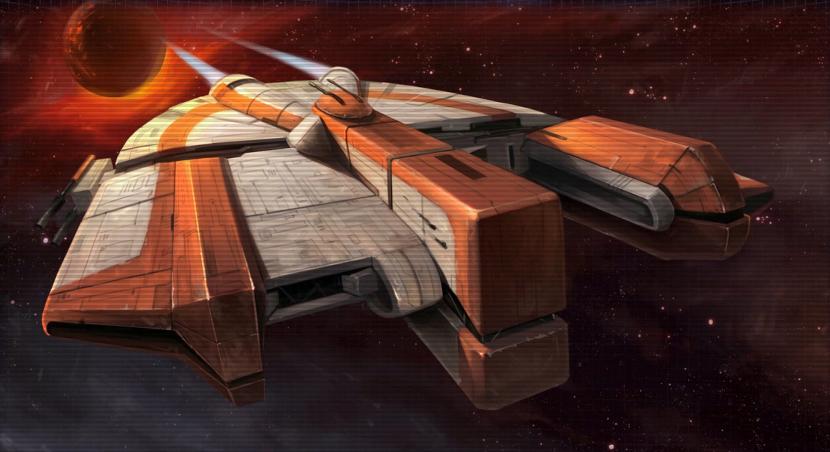 Aboard the Star Force, Revan displayed his restored affinity for the Force and mastery of lightsaber combat by nearly single-handedly confronting and defeating Malak's army of battle droids and dark jedi!
Revan, however, menaged to stop the droids and dark jedies from attacking and followed Malak to the observation tower. Then they start a lightsaber duel, whose victor, un-like the previous duel, would decide the fate of the galaxy....
Malak, the last surviving aprentice of Revan, was vanquieshed. The Dark Lord of the SIth, Darth Malak ended in darkness and regret imediatly prior to the Star Forge's destruction. 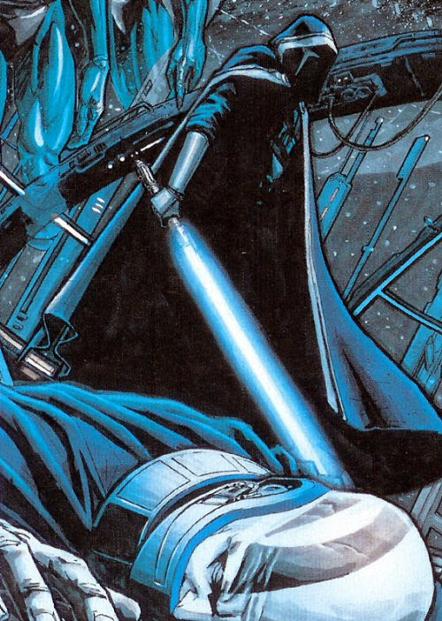 Revan was reworded with the Cross of Glory,the Republic's highest award.

Vandar also tanked Revan, restoring his rank of Jedi Knights and proclaming him "THE PRODIGAL KNIGHT". 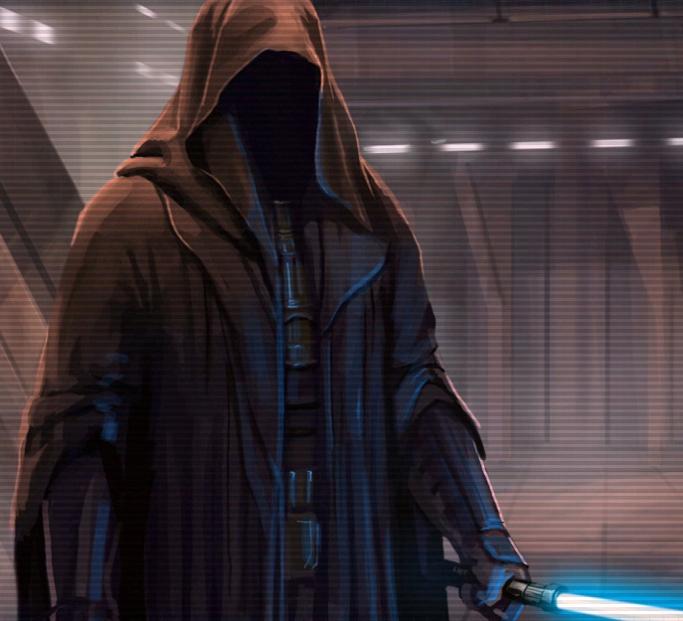 Carth Onasi: "He left a lot of people who cared about him behind, but i think he did it because he thought it was the right thing to do.But whatever he set out to do, i dont think he succeded!"
Since defeating Malak, Revan regained more and more of his memory, including his knowledge of the Trayus Academy and the Sith teaching he had harnessed on Malachor V. And he rediscovered the threat posed by an ancient Sith faction that lurked within the known regions and resolvedto batle aganst them.

The True Dark Lord of the SIth Revan :My time here is ended. Take what i have taught you and use it well!