It's America, it's early in the 21st century, and you are a member of X-Com, earth's top-secret multinational alien defense force. Your mission is to repel an alien invasion. In the third-person, fast-paced shooter X-Com Enforcer, alien forces have invaded earth and are terrorizing the population. To combat this sinister threat, a lone X-Com scientist has created the Enforcer, a high-tech fighting machine made of earthly robotics and scavenged alien technology. Armed with the latest high-powered weapons, the Enforcer is teleported to hot spots to fight adrenaline-charged battles that rage on city streets, across rooftops, and in the sewers. You are the Enforcer. Powered by the same game engine as Unreal Tournament and offering some stunning visual effects, X-Com Enforcer puts you on the front line of an alien attack. 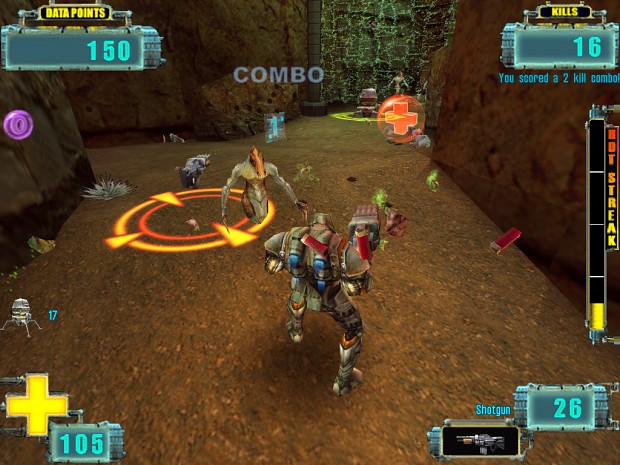