Today you will get to know Mr. Tobias Bilgeri. Game-/ and Level-Designer at Black Pants Game Studio.

welcome to the fourth issue of our “The guys behind Tiny and Big” series. At the middle of this series, the “Bergfest” like we say in Germany, we introduce you the creator of Love, Hate and the other ones, Mr. Tobias Bilgeri.

Tobi is an independent animationfilmmaker and gamedesigner located in Kassel. During his studies he got more and more into gamedevelopement. He created his first game "About Love, Hate and the other ones", which received a honorable mention at the IGF student showcase and is based on a shortfilm he did before. The honorable mention encouraged him to continue with creating games. In April 2010 he joined Black Pants. He likes thin coffee, scribbling, chinese food and enjoys scripting game prototypes.

At Black Pants, he works on the 3D content and builds the levels “Retro”, “Cliff” and “Inside”. He is also responsible for the mandatory Saturday market hall meeting at the Captain’s. 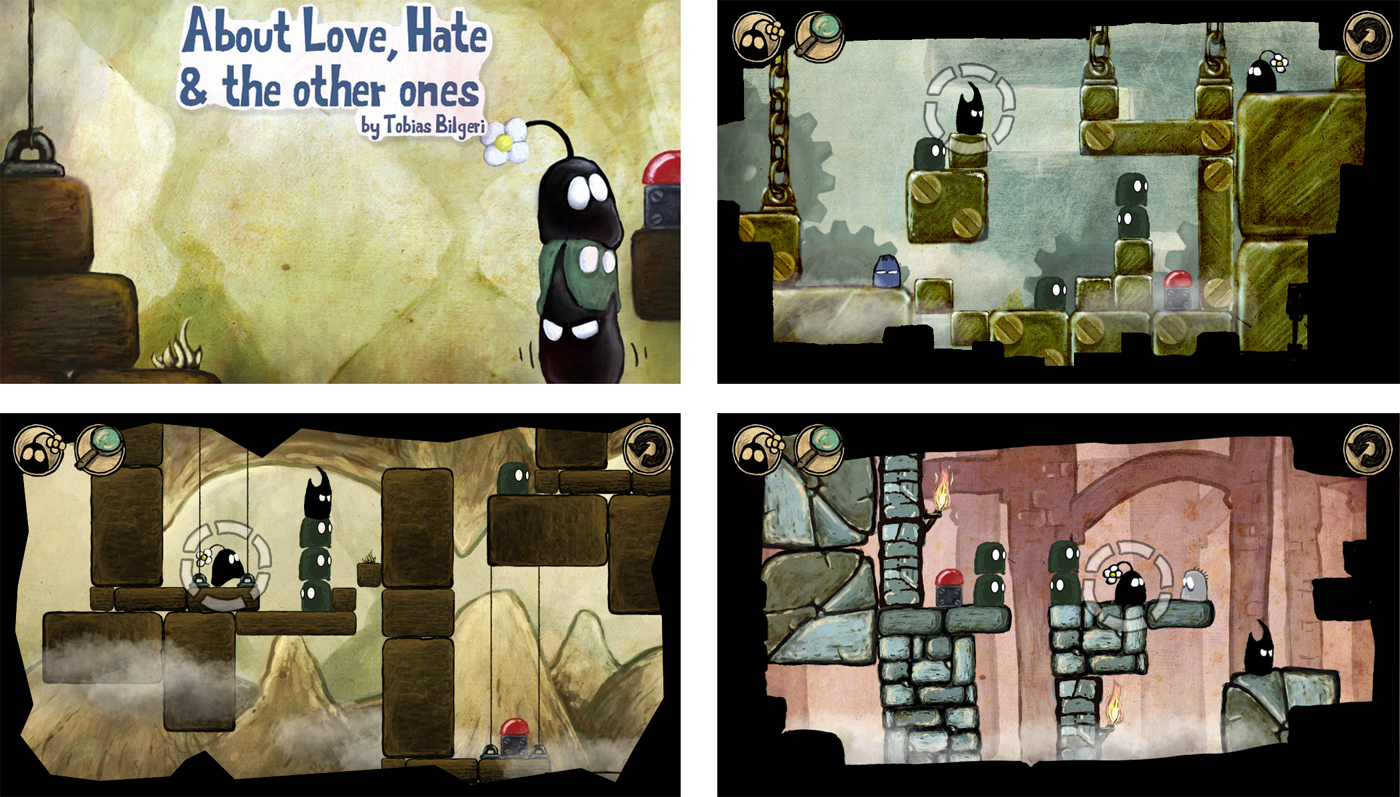 Screenshots of the upcoming Iphone Game “About Love, Hate and the other ones” 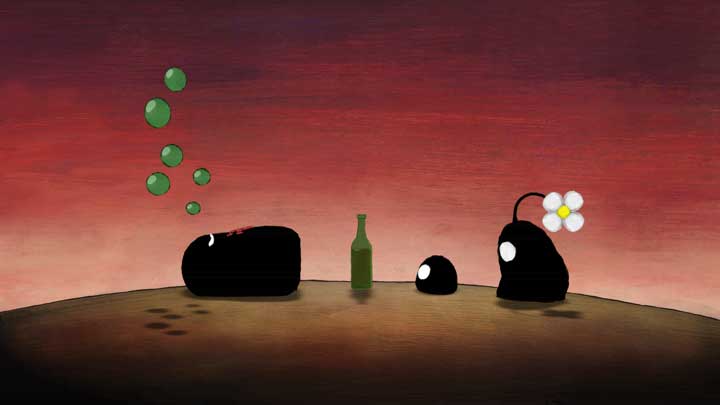 Still of his upcoming short “About Love, Hate and the other ones”.

You Are My Hero


About love, hate and the other ones

In the next issue of “The guys behind Tiny and Big” we’ll introduce to you Mr. Sebastian Schulz, who proudly wears the black belt of faster than light coding.

Really liked "you are my hero".

I'm glad you liked it. Thanks for your comment.

Have you guys ever honestly just considered making a 30-60 minute movie with all your combined talents? Maybe you could even make it be set in the world of Tiny & Big.

30-60 minutes are very ambitous. When we start with a project like this we wont have the time to continue with making games :) Although some of us used making shortfilms before we slipped into "Tiny and Big". So I guess this part of the team will continue making some short films when we could find the time before we start the next game-project. If the charcters or the world of Tiny and Big will be part of those films...i dont know. But we will see.

Amazing work. A lot of talent here. Keep it up!

No problems, we will take your back :D