Games based on movies are not news to anyone, but "Evil Dead: Regeneration" is a case a little different. While most get in the groove of films such as "Blockbuster", as "Spider-Man 2" or, more recently, eyes return to classic legendary - are being produced games based on "Scarface" and "The Godfather "- The game in question was seeking inspiration into one of the most representative films American B movie. Directed and produced by Sam Raimi, the same that would lead the franchise's "Spider-Man" in theaters, "The Evil Dead" has a protagonist striking and actor who lived the character is never able to break him. In "Evil Dead: Regeneration," the actor Bruce Campbell again breathes life into Ash, a guy who, finally, is not afraid of giant monsters and zombies.

INSTALLATION
This file is a self extracting executable that will update the version of the game to version 1.01.

Double click on this file to install this update. The update contains the following:

Gameplay:
* Fixed problem of unresponsive controls with the Mouse and Keyboard. 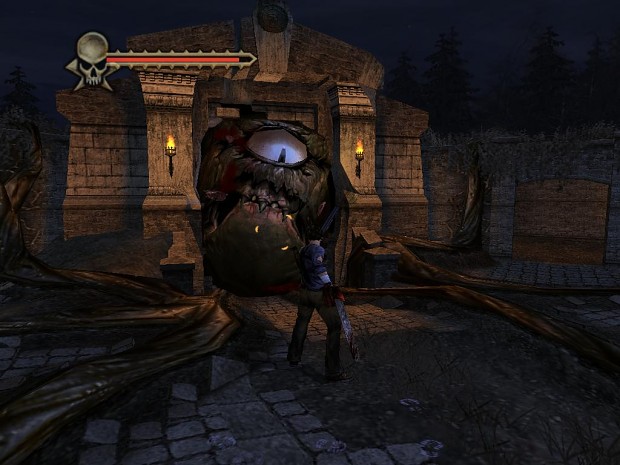 "This patch has been archived by the uploader because it is out of date and no longer supported. We recommend you browse the file list for the latest patch."

It appears to be the only patch that exists ,so not sure why it's "archived" .

There is no "latest patch" ,this is it.

I did test the game with this patch and it seems to start ok from launcher.exe ,so maybe it's ok as is.

The patch seems to consist of Evildead.exe and nothing else.