Follow a path of Discovery and Secrets as you take on the role of Leo, a mysterious character that showed up in the town of New Elizabeth without any trace of previous existence. Finding out that the town wont talk to anyone from "Dark Mansion", Leo is classed as an outcast that only the Mayor will talk to. He takes on a mission to seek out and shut down the most powerful source of energy in the entire parallel world of Paradise, Reactor 17. Travel through dark and dangerous places ranging from Mines and Dungeons to The Abandoned Mansion and finally, Delta Labs. Meet friends along the way and trade items to achieve your goal.

Running through the potential weapons for Reactor 17.

Intro
Hey guys, Its been a total of 5 days since the last update on Reactor 17. But thats only on MODDB, I've been working my backside off trying to get the first map into action and Its beginning to pay off. Anyway, back to the topic.

My last news post was a quick run-through of the potential enemies that Reactor 17 could include, now whats an enemy without weapons? So, heres the list:

Weapons (blades)
First up we have bladed weapons, these range from regular swords to slightly more deadly claws. Each one will have a varied Mass:Speed:Damage ratio, The heavier the weapon and the faster it travels, would directly affect the amount of damage it would cause to the target. This isnt entirely the case with Claws and Daggers, these are small and light, making it easier for the holder to use. Depending on the attackers agility and the weapons material would be the main variables for the amount of damage caused. Now for the actual list.

- Sword (Regular)
- Damage affected by power of the swing and condition of the blade.
- "Slow" to handle.
Image(s): 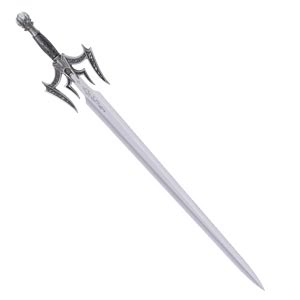 - Sword (Long)
- Damage affected by power of the swing and condition of the blade.
- "Slow" to handle. (More so than the regular sword)
Image(s): 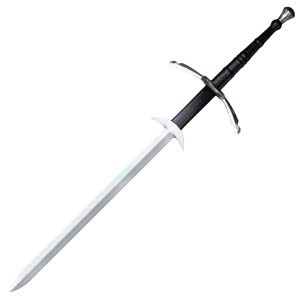 - Lance
- Damage affected by the power of the attack and length of the handle.
- "Fast" to handle.
Image(s): 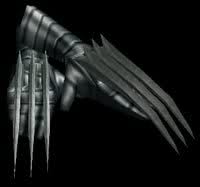 Weapons (ranged)
Now for the more "safe" weapons. Unlike the bladed weapons, the ranged ones have a few more advantages. For example, the Bow would allow the attacker to remain at a safe distance whilst still being able to attack the target, although their stock of "ammo" will decrease the more they use it.

Thats all for now. If you have any suggestions, feel free to comment.

I got some ideas;
Claymore (2 handed sword)
-Bigger than the other swords, thus needs to be held with two hands.
-Due to it's larger size, and mass, more deadly blows can be swung.
(http://getasword.com/blog/wp-content/gallery/types-of-swords-medieval/claymore-sword-medieval-swords.jpg)

Chakram
-Small, light, easy to carry.
-Can be used at range, or melee.
(http://plenilunio.altervista.org/immagini/chakram4b.jpg)

Rapier
-light, and agile weapon.
-Good at piercing/thrusting blows, instead of swinging (don't get any innuendo from this... :P )
(http://www.digital-eel.com/scans/images/swords_rapier_big.gif)

Also, is this just about blades and ranged weapons? Because I don't see any blunt weapons (maces, bludgeons, flails, etc), or any axes, and the only polearm there is is a lance, but there are no spears, halberds, scythes, etc.

I know this is probably a lot more than you can take, but I wanted to suggest ideas :D

It'd work with what Cork mentioned :D
I like the stuff thus far!