This week I worked on adding minor features such as a damage alert overlay, and level fillers. The level maker tool also got a quick tune-up. In other news, Linux users will have to wait to purchase the game until the game is fully compatible with their Java libraries.

I wasn't expecting to have a Part 3 this week. In fact, I was pretty sure my only To-Do was create levels for the campaign, yet there ended up being important things to communicate before the game's release.

First of all, I added a nice damage alert system to the game. Prior to this feature, players would die without really knowing how much health was left. With this new feature, you'll be sure to know when you're about to die after a blinking red box shows up on your screen. This isn't meant to be annoying; it's designed to slow you down when you get frustrated with difficult parts of the level. Here's a pic: 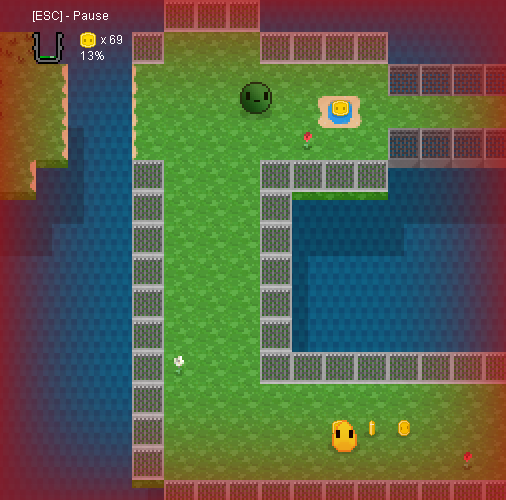 If you played the beta/demo/flack test 7.jar then you might of noticed how ridged the transitions between levels felt. There was no indication of what level you were on, or even clear ways of knowing if you completed the chapter. Well now there is.

Level completion (with a 'next level' indicator): 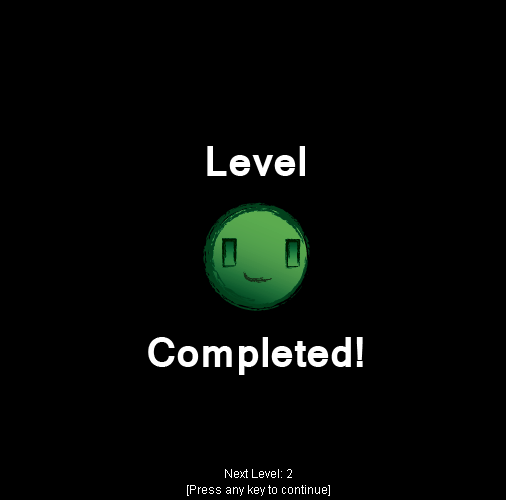 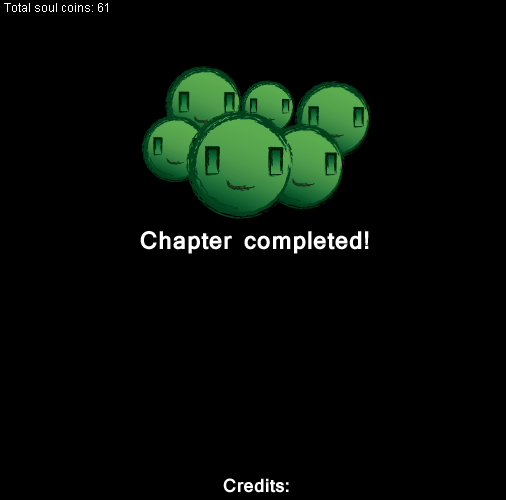 The level maker tool got a few fixes yesterday. The minus (-) button use to only delete levels in between other levels. Now it will also remove empty or full levels from any position of your custom chapter/campaign. This doesn't need a picture, but I'm going to post one anyway: 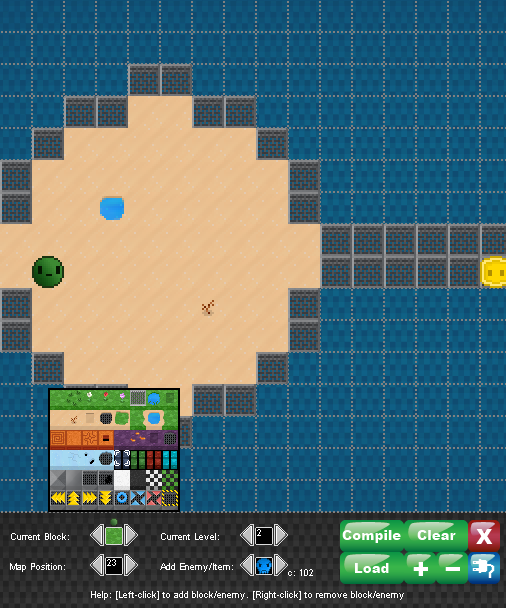 News about the future Linux version:

This next topic has been a heavy one for me. It has to do with the Linux players, and it isn't very happy news. I decided to hold off on selling the game to Linux players for a few reasons. Here's why:

That being said, I do plan on revisiting and hopefully distributing a sell-able version for Linux players. I simply must go on for now. Time's passing faster than I would like, and there is still much to accomplish in the next week. Thanks for reading!

P.S. Thank you everyone for the positive and negative feed back reviews. Without your input, this game would honestly have been a stinker. Like I've mentioned many times, the downloadable version is REALLY outdated. If you felt like the game was boring, or too static, that's because it was. I can now say this confidently: The release version is going to be a blast!

Never a post on which I can't find something to complain on... :D
One thing that I've noticed earlier, but never mentioned before, is that I don't really like that font you use for your in-game instructions (for example, the "Help - [Left Click]" and "[Esc] - Pause". And I feel the same for these "Next Level [Press any key to continue]" texts.
Maybe you could try to make the font bold and/or a little bigger? It just seems so thin, and stands out a bit from the rest...

Oh, I almost forgot one thing...
It is awesome you've added that damage-thing, as you don't really look at your health too often. It will surely save a lot of players keyboards...

YES! I can't wait to buy the game!