After the funeral, Elisabeth entered the old house left by her father. Led by a black cat, she went to the basement. Then, she failed to find the exit to the house. There was a demon in purple smiling, asked her to stay. With fairytales and puzzles all over the house, she started her way to check whether everything was her fantasy or imaginary. Fausts Alptraum is a RPG Maker room escaping game made by LabORat Studio, an indie game team from Taiwan. It is mostly based on Goethe's Faust. The Traditional Chinese version will be release August 14, 2015 . And we want to release the English and Japanese version on STEAM. 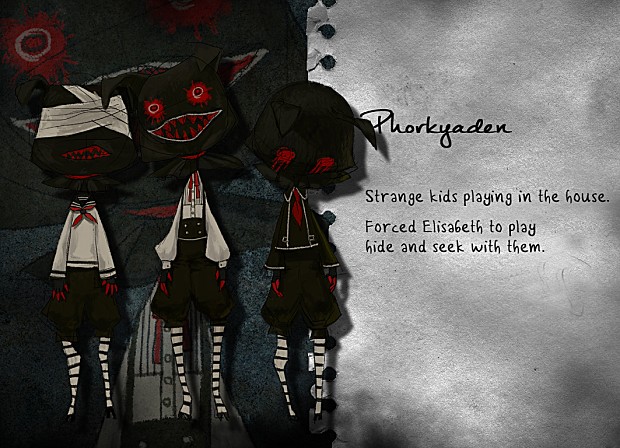 These are the character information to our game.