Ensign-1 now has new playable factions in the multiplayer. You can now choose to play as the aliens or as space pirates, and battle your friends head on. In addition, new camera views of no hud, or an out of ship view have been added to the game.

Hello! And welcome back!

I have finally added new camera views to the game. You'll now have the Ace Combat style of cameras, where you can choose to either play the game through the standard cockpit view, a view with the cockpit removed, and an out of ship camera that follows just behind your piloted ship.


In addition to the new camera options, I've also taken steps to improve the mouse controls, making them smoother and more fluid. I think you'll agree it makes the game quite a bit more fun now!

New Factions
I have also added new factions that players can select when they create characters. In addition to the standard federation forces, you can now choose to play as space pirates or as the alien faction.
This means that there is finally some PVP in the game! To help make pvp a bit more fun, you'll now find the military base from Mission 4 in the randomly generated gravity wells. 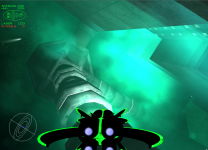 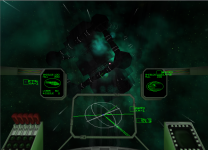 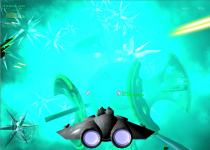 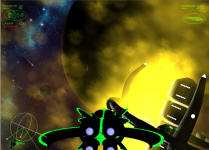 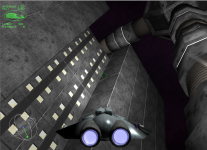 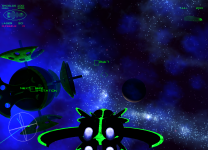 New Music
More music tracks have been added to the multiplayer portion of the game. The music will now change based on whether or not there are other enemies in the well. Peacefull music will play while flying around in your home base, and switch to combat music as you warp into hostile wells.

There have also been some minor tweaks to the game. I've reduced how often the wingman speaks, removing some of the unnecessary remarks (like how often he would tell you an enemy was straight ahead).

Up Next
One of my priorities now is setting up a multiplayer server that will be always on. Hopefully in the next update I can get that out. In addition I'll be working on support for the xBox 360 controller.

Anyway, get out there, start up a server and play some game!

What engine is this based on, or is the engine built from scratch?

I believe it's custom built.