Here I'm just talking about what I'm currently working on with my space sim, network programming and how docking on ships will work.

I just wanted to provide a quick little update on how progress with our little space game is going.
I'm the programmer on the team, and to start I've been working on getting some basic multiplayer features working. Players can fly around in the space world and shoot each other down. There's a nice explosion, and players will spawn randomly in one of the docking areas. 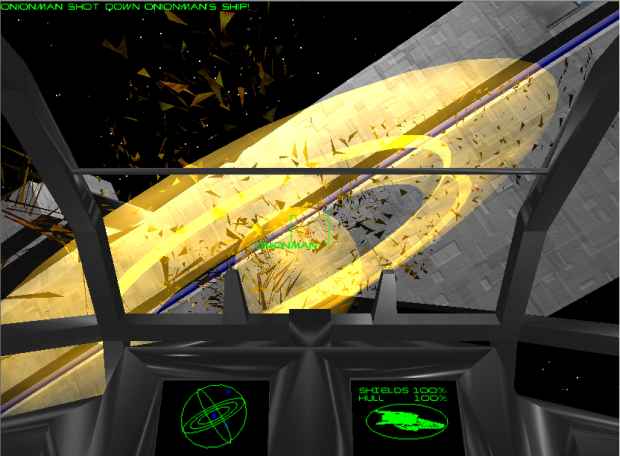 Network programming went okay, the game used to run with a ton of lag, as I found out I was sending info over all wrong. But, I've put everything into fixed sized packets now, and the game is quite playable. There's no lag compensation, only lag prediction for now, but it works alright. You can check out a video of it here, one thing that it does show off is how players will have full 360 degree freedom of movement. You can do all the barrel rolls you want :)


Next up on the agenda is working on figuring out how docking will work. I'd like for players to be able to fly their ship to a docking area, dock, and then exit their vehicle and walk around a larger space station in a first person view. I'm not entirely sure how I'm going to do that though. The engine is created from scratch by me, so all the math involved I'm having to program in. I'm thinking what I'll do is match up the docking areas as seen from out in space with the ones you'd see while in FPS mode, then sync up the players view in FPS mode using the location of the docking stations. So right now I'm writing a nice importer to easily take the docking stations from a ship and move them over to an interior level. 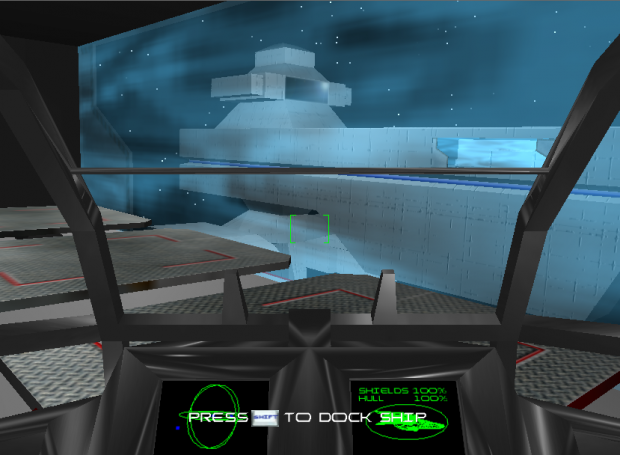 Once I've got that done, I should be able to move right along and let plays dock and enter other ships. Maybe so they can explore levels like this one. 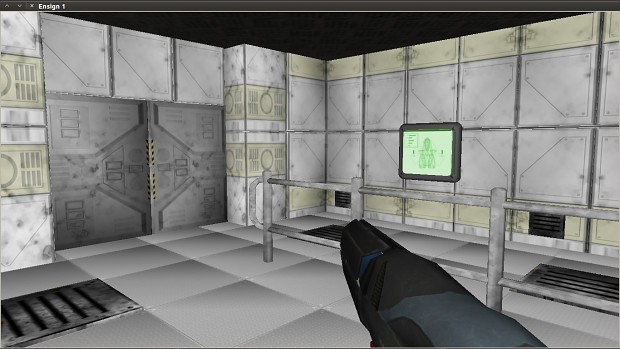 Here's hoping! Oh and thanks for reading!

maybe if it was a browser game... otherwise I think I'll stick to eternal silence

It is currently in early Alpha, the finished articles standard will be much more than just a browser game

Man, that looks awesome! I've always dreamed about this type of 'universal' space game.. What language are you using? Will it be portable to linux, for example?

It mostly certainly is portable to Linux and is also actively being worked on side by side with the windows version. I use Linux myself so this is a given.

Can't get enough from these kind of games. It's a good start so far. Keep it up!