A lot of stuff happened since last time. On the one hand, we worked on previous content such as the boss battle and the outer cargo ship region, bringing it very close to final completion. On the other hand, we started something that has been due for a long time: finally more puzzle mechanics! Oh, also: graphics.

Anyway, a lot of stuff happened since last time. On the one hand, we worked on previous content such as the boss battle and the outer cargo ship region, bringing it very close to final completion.
On the other hand, we started something that has been due for a long time: finally more puzzle mechanics! Oh, also: graphics.

Lachsen decided to do all the last remaining tasks for our first boss enemy.
First of all, our boss needed a proper Boss-grade HP Bar: 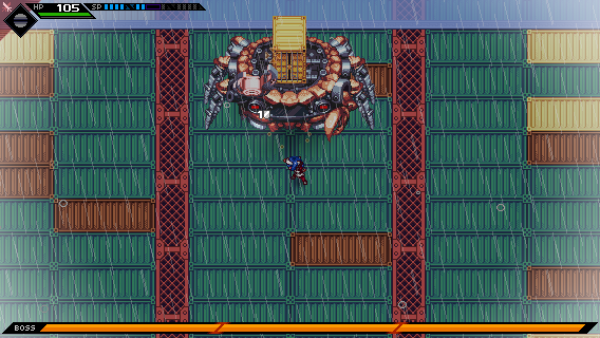 In case you wonder why the HP bar is partitioned into 3 segments - here is what happens when you break through one of these separations:

We call this an HP break. When you reach one of those, well... there is bad and good news.
The good: you get some HP replenished.
The bad: the boss will become angry. 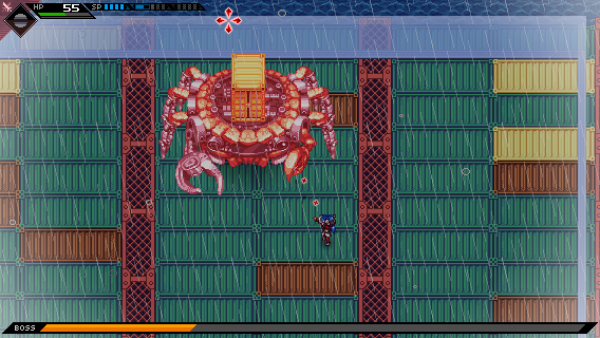 Well, it's boss design 101, really. With these remaining features, the boss battle is finally completed (modulo additional changes once more feedback comes in).

After I finished the Map Menu complete with gamepad controls we decided to let the game menu rest for a little while an focus on something new: Puzzle mechanics.

First I implemented group switches - several switches that need to be activated during a short time span:

Afterwards came Dynamic Platform that move out of the ground, fly through the air and so on:

Finally, Lachsen added push and pull-able blocks. Yes, that's right. Lea can finally use her hands for something else than throwing balls:

Note that all graphics you see in these pictures are just placeholders. Those will be replaced for the next release.

Currently, I'm working on an actual Treasure Chest entity. Finally you'll be able to collect some items! More on that soon.

Lachsen had the urge to work on the outside cargo ship graphics. Again.
Here's a comparison: 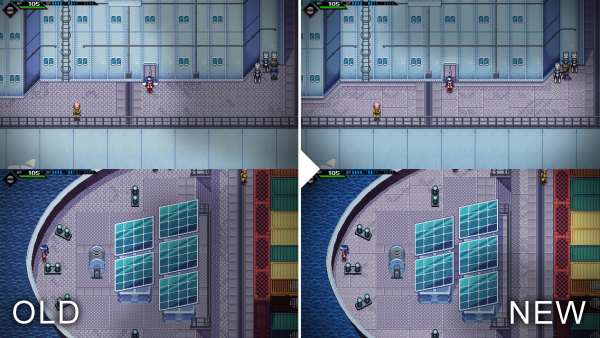 Also, I finished the cabins up to the last room... which was the toilet:

And apart from that, we both worked on several new NPCs with interesting dialogues that you'd want to read over and over again. Maybe.

Overall, the cargo ship is getting very close to completion!

Graphics and other Stuff 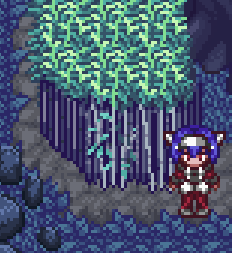 On another end, Lachsen just recently started working on graphics for another area, which will be our first proper "dungeon". With puzzles and stuff. Nothing worth showing yet, though!

Additionally, Intero is composing another piece of soundtrack which will be used in one of our recent cut scenes. And hopefully soon: our first proper boss battle theme! 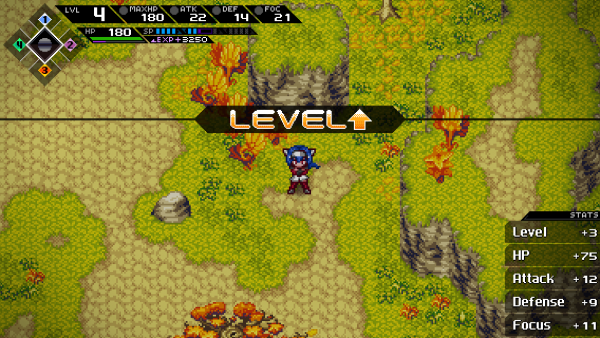 No, usually you won't be leveling 3 levels at once. Sorry. :P

And that's it for this update. Things keep moving. Until next time!

Love the update! Great retro-modern graphics and animation. Keep up the hard work. We are all looking forward to a demo or release.