Army Men II is the second game in the long running Army Men video game franchise from The 3DO Company and a direct sequel to 1998 Army Men video game. The game differs from the first one in that it has battles in both the "real world" and the "plastic world." It is also the first to introduce the concept of portals between our world and their world. A topic that was expanded on in later games. 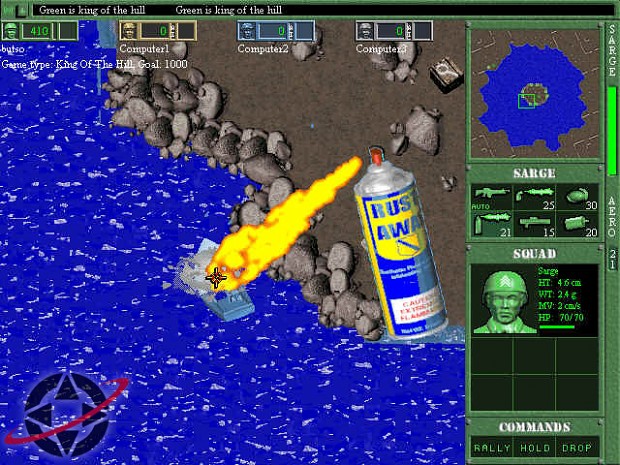