This demo contains the first area of Undertale Yellow! We hope you enjoy it! 1.1 fixes some bugs along with removing encounters during the second light block puzzle. 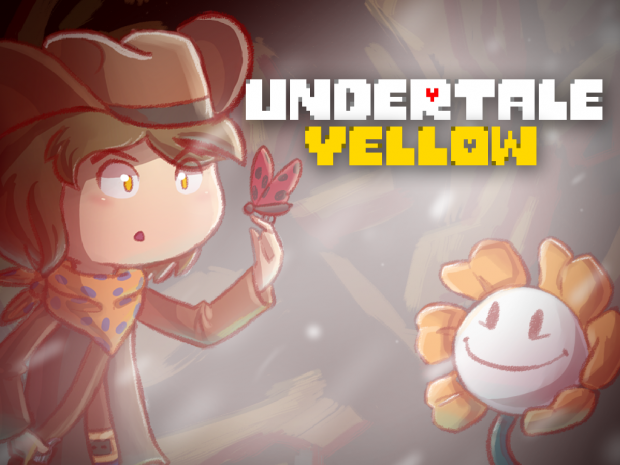 Can someone tell me where are button to download it? T-T

For a moment I thought it was a simple revamp of the original & went 180 when it literally pulled the rug from underneath me.

The music was indeed good, but it needed an extra note to actually sound a bit more memorable, the remixes weren't so bad of an inclusion, would like to see more original tracks though.

So stuff that I did while playing this game that you could check or fix later on. (Note this was all done in a pacifist manner, so no killing was involved)

> Shortly after seeing the shadowy figure for the first time, I decided to die and became disappointed that he didn't comment that I just died, because of a line that he says when you see him. However, I did like how the save points did tolled your deaths at one point so if you want to try adding that extra dialogue in, you can, it's your game.

> My favorite enemies to come out of this were the Mirror & the Scroll that pop up later in the game, would totally wear them as shirts (just like Lesser Dog)

> A flying monster that appears at the start of the demo has a triple sphere attack that it goes up and down the box. That attack is a bit difficult to dodge, and I always mistake the ones with a black circles as ones that I can safely pass through, so it's a possible idea that you could incorporate into the actual game, otherwise it's just very precise and very tight to possibly dodge them.

> The bat's overworld sprite is well kinda horrifying in my opinion, compared how cute he looks in combat. Would rework that sprite.

> Add a choice to wake up the bat using the feather you find, for comedic effect.

> Eliminate everything mentioning Asgore & the Souls at the very beginning of the game. It ruins the potential twist that the protagonist, Clover, gets, when Asgore tells him that the missing children where killed. Also have everybody tell Clover that they "once saw humans, but they disappeared and we never saw them again" or more on the lines of having them being captured instead of killed and then have Asgore kill them off screen during your journey. Just don't make me think that the missing children & the souls are one in the same at the VERY BEGINNING OF THE GAME.

Now with some minor bugs/glitches/inconsistencies I found playing thus far.

> There's one instance were you're inside the house & you look at the scribbles on the desk. A character walks towards you speaks about what's on the desk, then a text pops up again describing me what he just said to me & then he told me what they were for. It bugged the hell out of me, because that doesn't happen when you check the Refrigerator or the Closet.

> In one puzzle just before getting the feather, where the closed gate is, didn't reset properly when I died against the shadowy figure for the first time. (Note: I didn't safe before the last fight in front of the house.)

> The lighting sprite that comes both horizontally and vertically can go outside of the box if you time it right, not sure if a glitch or a feature.

Besides this, I feel that you have a great game in your hands. I would recommend you try to distance a bit from the source material in the beginning as it could alienate people who haven't played the original. Also another thought was to rework the title of the game to something simpler, and again distancing from the source material. It's good to reference that game, but don't actually make me go and play the other game more than yours. Although by the end of the demo you accomplished that, but the beginning really made me think I was playing a revamped version of the game. Great demo, would try again later for a Genocide run.