Road & Track Presents: The Need for Speed, released in Japan as Road & Track Presents: Over Drivin', is a 1994 racing video game first released on the 3DO and then ported over to DOS, PlayStation and Sega Saturn. It is the first title released in the Need for Speed series. The premise of the game involves racing in sport cars, including several exotic models and Japanese imports. The game was noted for its realism and audio and video commentaries. Electronic Arts teamed up with automotive magazine Road & Track to match vehicle behavior, including the mimicking of the sounds made by the vehicles' gear control levers. The game also contained precise vehicle data with spoken commentary, several "magazine style" images of each car interior and exterior and even short video clips highlighting the vehicles set to music. 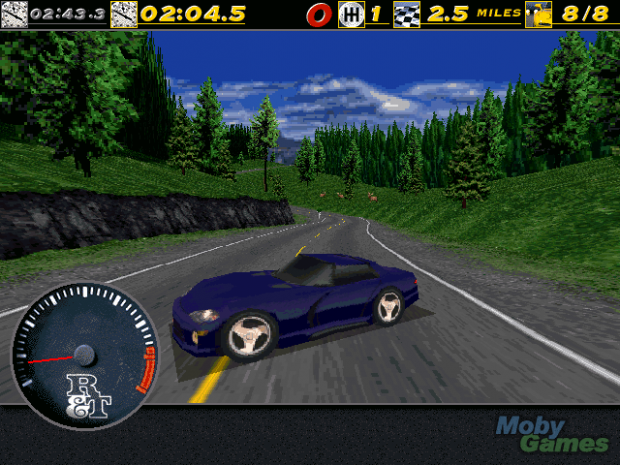