You must have BFX installed for this to work.. if it doesn't work, please lemme know.. there are no sounds to the AT-TE, X-wing, etc.. but there are to the BARC Speeders.. 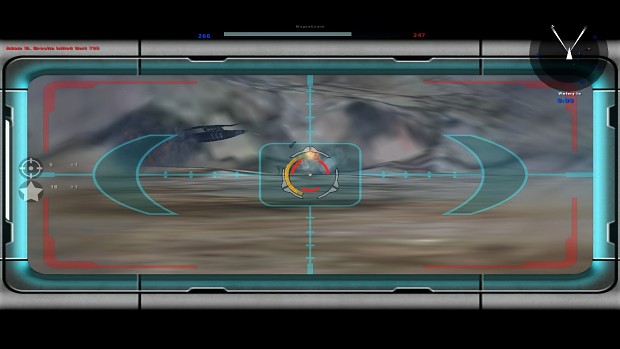 I have the BETA here, please DL and put into addon folder.. let me know if it loads and everything works okay.. the units are as clueless as a blind gynecologist but it's a fun battle regardless..

bfx does not work

the actual sides that are in the stock era names are BFX sides..
CW is BFX Clonewars and GCW is BFX Galactic Civil War.. it SHOULD work..

did you at least try playing the map? last I checked the sides were replaced with BFX, just not saying in the selection menu..

So I thought I'd help you out a little bit by telling you a few little issues with the beta.

- Rebellion star fighters are somewhat stacked on top of each other

- Of course, there's no sound (which should be the priority)

- Units and their descriptions are broken, saying the weapon description and such

- The bothan spy is actually a rebel assault trooper?

- It doesn't really feel like a rebel defensive at all, meaning there's not really a base, any cover, any vehicles, y'know, things that would make a base a base

- You should put some vehicles into the battle (IFX-T, AT-TE, etc.)

- Not really a problem, but custom heroes always are more fun than vanilla heroes

- 3 & 2 don't actually count as CPs, which came as a surprise when I lost to a twenty second countdown, even though we owned 3 & 2

phew, I thought something was up.. scripting issue with the CP's.. once I have addressed most of these problems I will release an open Gamma.
by the time it's in the Delta phase it should be final.. I am searching high and low for solutions to the sound problem, and there doesn't seem to be anyone that knows..
these problems are being taken into account and you'll soon see yourself a great battlefield!

Not bad for an open beta, although my main issue is that the ships kept going *boom* when landed. Just another tip, and I hope you take mine and everyone else's tips seriously. No pressure, you're off to a good start.