This is the original "Santa Patch" released in hoilday 1997, it works with the original 1997 version and "Postal Plus/Classic and Uncut", but if you're using Postal Plus you need to rename "Postal Plus.exe" and "Postal Plus.ini" to "Postal.exe" and "Postal.ini" then the installer will accept the installation path. The executable of Postal Plus is hardcoded to use "Postal Plus.ini" though, so you have to rename the INI file back to this after having applied the patch. This patch replaces some of the NPC sound effects with very jolly ones, adds some extra festive Dude dialogue, and replaces the Grenadier enemy model with that of ol' Santa Claus himself. It also replaces the Ostrich models with Reindeer ones. 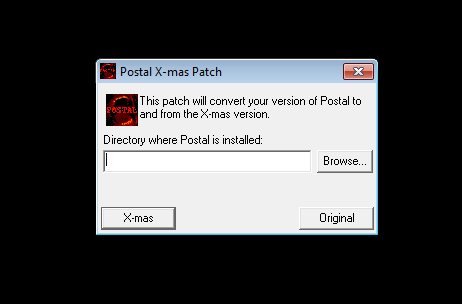 Holy **** the Santa patch!!! I Remember this!! I couldn't find this for a while, Thank you so much for uploading!