All teams are hostile towards eachother in this 4-way battle.

The Republic, CIS, Empire and Rebels will start with their own command posts, and will attempt to takeover more CPs during the battle.

You can only control teams 1 & 2, which is why I've added the mode for both Eras.

AI Heroes:
If you're using my AI Hero Script, all teams will have AI Heroes during the battle. 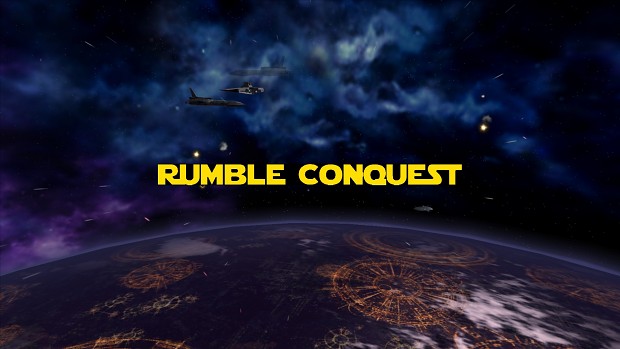 Recommendation before u start:
Incrase your Reinforcements when u play on some maps they will drain due to the amount of deaths
Having really good fun with this mod all out wars indeed
One painful bug though iam using the Improved Sides Imp and it just keeps crashing when I load up the map on it switching to evolved helps though so fair warning for that
Anyways great mod great fun increase your reinforcements lol enjoy :)

The issue comes from the Improved Sides, not this mod ;)

Ah ty Fox i thought that might be the case

i used improved cis sides and it worked fine

Fun and original. Congratulations on the idea.

This is just an amazing idea and when executed it is just awesome. Great job on your new mod!

It would be pretty cool if I could choose other sides, also I think the amount of reinforcements is very low.

Yeah it would have been cool to choose teams 3 & 4, but there doesn't appear to be a way. I did make both Eras available for each map, except Endor, Hoth and Geonosis.

Rumble Conquest uses the default reinforcements of 150 for all maps. However you can change the percentage in the Conquest options page if you want to increase or decrease the amount.

I was thinking of another thing: can you make, in one faction against another, to choose mixed eras? Example: fight the Rebels with the Republic, or CIS against the Empire, Or Rebels vs CIS and so on. It would be really cool and could create always new and fun combinations.

I like this idea very much, I am surprised it was not done sooner. Only thing I am not a fan of is having stock sides in this era, they are too boring to me. Then again the Skin Changer can spice up the gameplay if you really want to change the skins.

Is there a reinforcements count for all 4 teams or only the two selectable ones?

Unfortunately the reinforcement counters only appear for the two selectable teams. I couldn't find a way to add counters for the extra teams.

Hello, thanks for your reply ;)

Also, are you planning on making it compatible with the conversion pack maps?

And finally, by the way and for the most important, I tried the mode on Death Star and Mos Eisley, had much fun playing your mod on it. Though, on Kashyyyk, while selecting Rumble Conquest - Clone Wars, it plays a standard conquest mission. Is it a bug or intended?

And...well, you put a very good work on this one, thank you for sharing it with the community, keep it up ! :)

1. They have the same amount of limited reinforcements as the playable teams do.

2. I haven't thought about adding the mode to the Conversion Pack maps, but I'll consider it in the future.

3. That would be a bug for the Clone Wars Era on Kashyyyk. I wasn't aware there was an issue, so thanks for bringing it to my attention. I'll look into getting this fixed soon. I know the map had worked fine at one point during development...

Thanks for playing it. I plan to release my next project soon. Though it wont be as major as this mode is.

is there a way to make this work on rezzed maps

Will you do rumble space assault?

That might be hard to do, if it is even possible at all. I'm usually not that good with level design, and I'm thinking it would require editing or creating all new space maps to accommodate all 4 teams and their ships.

Mod Space Kamino: Modern made it possible, with Republic, CIS, and Empire on one map.

Hello, thanks for the answer again.

To begin with, TheWolf asked a question I had in mind since i played your mod and...awww, yeah as far as I remember it was infuriating as hell trying to do anything with space maps. Well...to bad, it would have been damned fun ! Your mod already is anyway.

1) Ok the counter thing is cool, it balances everything on the map, and that is some work you've put on, that no developing studio like DICE would ever do on their very own game.

2) Oh yeah, that's cool ! With the Convo Pack's custom classes? (clone commando, staff magnaguard...) Cause either the classes and the maps from the convo pack made it waaaay better than the vanilla game for me so...

3) Okay, I played Clone Wars Polis Massa this afternoon and worked well, so this is really something to do with Kashyyyk I guess.

Oh yay, could we now something about this piece of work? :3

There is a mod in particular that I couldn't ever do, but that I think would be a nice addition : Local Wars. Someone made a mod named like this, and added local forces units in the vanilla factions roster. Though it lacks its functionality on convo pack. Local Wars allowed to play as gamorrean guards on jabbas palace, jawas on mos eisley, wookies on kashyyyk and geonosians on geonosis, it was cool, but Hoth, Dune Sea, Kashyyyk Docks deserve this feature...so in any way if you would happen to work on mod like this I'd even try to help as much as I could

Rayman1103 I can try and make a custom space map with you adding the mode to it. I’m fairly decent at mapmaking

how can i add this mode to my maps

You have created something truly beautiful, my friend