This fix is intended for screen resolutions which end in x768 and below (such as 1366x768 and 1280x720), it fixes the issue of buttons being hidden below the screen, such as the Bonus Missions button, this will also work with other mods unless they have cutom menu buttons, of which may cause conflict between the files. 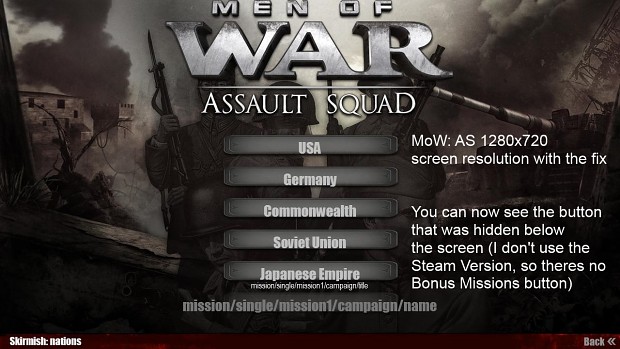 where to paste it, even if I paste files to that folder nothing works

Place it into your mods folder in the men of war assault squad game directory (where you installed the game), unzip the .zip file, launch the game, go to options, mods and then activate it.

thanks for your great work, this fix certainly helped me alot.