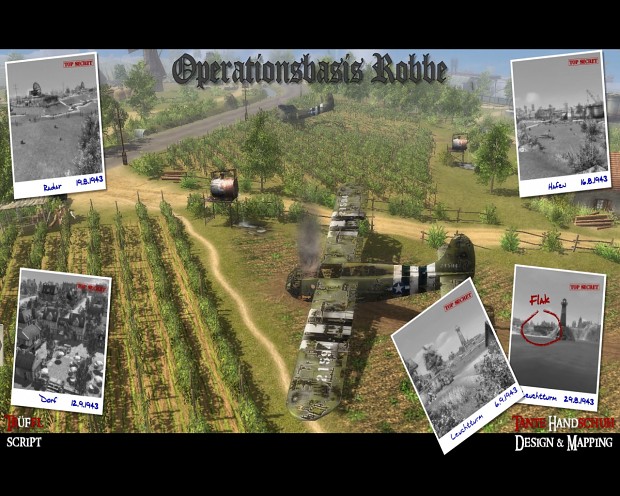 I had this one sitting in my mods folder for a few months and i was waiting on the next MOW:AS patch before i released it.... Anyways, here you all go.... Please enjoy....

Finally no Fog of War, nice. And maybe you should remove the tanks you don't use in the mission remove from the recources? (IS-2/44?!) And the germans got Russian AT-Grenades, I'm on playing it now, and after just a few minutes it's allready big fun! :3, great job and keep it up!

Well, somehow I found some of my skins, and no credits

It's Mopar, i never get full credit for the stuff he uses also ^^.
But Asureka is right, Mopar you realy should care for giving the correct credits, it's important to show appreciation for someone others work.

apologies for not mentioning skins, I should have checked this one before uploading.... My bad.....

Thanks to Asureka for some vehicle skins......

You will not regret it ;)

You think so? It wasn't as hard as German Power 3 actualy.

Patience is the best advice i can give and normally i would say save your game often, seeing as you and your friend are playing COOP you cannot save.... Also use hit and run tactics to identify the enemy positions before your attack.... recon recon recon.....

because of mods like Op BasisRobbe, I come back to MOWAS and enjoy it a great deal. good job , well laid out, can be frustrating as hell (im betting its the game mechanics more then anything responsible tbh) and much more fun then take this flag and this flag for pts.

I am pleased to read that my map you like.
it was a lot of work for me and my friend, because it was our first map, and we had to learn everything first.
that we have skins used by someone I can not imagine, because we have worked only with the editor.
Greetings Tante Handschuh