My Sailor Moon Mugen project from last summer. I released it in an almost finished state, as i don't want to work on this anymore. I have only added characters, stages and new music to the game. Changes: Added characters, from the original 14 characters, to 44 in-game and 84 in the char-folder. Added stages, from the original 27, to 38 stages in this new version Added music, from the original 30, to 51 different songs. I forgot to mention that many of the characters are very strong in Mugen 1.1. But in this engine (the 2003 beta release) most of them won't do their strongest attacks. The AI doesn't understand how to perform their best attacks. I would say they do better at level three difficulty than on level eight in this engine. The Sailor Moon project weren't really finished. So i haven't incorporated every stage into the main game. I only released it yesterday because i don't think i will work on it anymore. 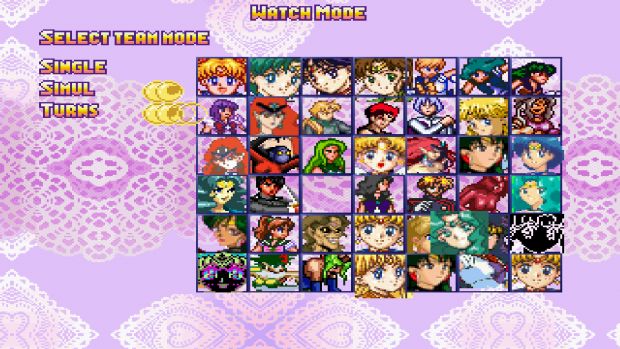 You need to edit the system.def file i think, using notepad or notepad++. And change the resolution to the same of your computer.