This mod adds several scripted events that can cause new factions to appear on the map that historically invaded Italy during the period. This is based on an event that already exists in the Vanilla game, where the Senones can spawn as a new faction on the map. The mod builds upon this concept and adds similar events for the Boii, Mamertines and Epirus. It also enables these same events for the 'A New Home' invader mode of the Eagle King DLC.

This mod requires the Eagle King DLC to be installed and active.

The current version of the mod works with version 3.3.5 of the game. The mod is set up in a clean and contained way, and is compatible with other mods if they are also set-up in a similarly clean way (such as my own other mods). 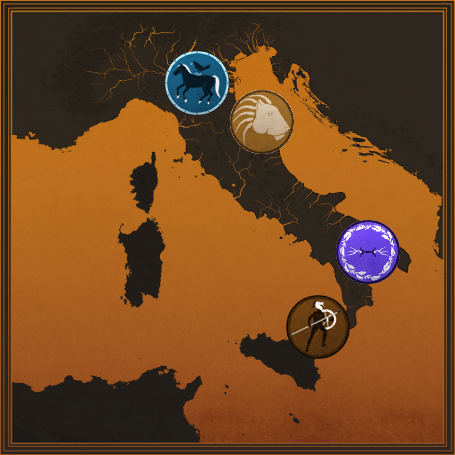