ON POPULAR DEMAND This mod shows one can easily change any creature into whatever appearance and playability one wants. It replaces the Medusa on the Greatest Mod 0.16 necropolis lineup. The modification includes stats, adventure image, combat image, spells, abilities, town creature building, etc. MODULARITY: It is done in a way which can be executed separately and does NOT modify the main mod - uses own launcher. However, it does require the mod to run. This is also a proof of the modularity concept of many minimods within a main mod. Other creature mods could be done the same way, and even whole factions.

FLAVOR AND BALANCE REASONING:
- Cloud attacks are their spells.
- If the lich revives or not depends on their remaining spellpoints. Each resurrection consumes 8 (?) spellpoints.
- There are already too many poisonous things both normally and in the mod (venom spawn, ninja, poison spell, poison blade spell, magi, poison vial, cobra ring...) , so no poison here.

Macro:
- Liches costs crystals. Ensure an access to an stead supply of crystal before going their route.
- You just get 3 liches a week, meager for their level, but they are relatively powerful. Conserve them and they will grow a mighty stack; squander them and they will be useless (use conservation tactic described in micro section)

Micro:
- Lich spells other than Summon Ghost depend on the number of liches on the stack. If a stack starts combat with too few liches, they won't be able to cast them.
- Depending on the opponent you face, it may be convenient to use just the weak ranged attacks and not the spell attacks. Conserve the spellpoints for resurrection.
- Although Lich defense against archery is notable for being Skeletal, otherwise its defense is VERY low (lower than many first level creatures!). As fragile sacks of spellcasting bones, keep them away from the frontlines.
- Use demoralizing cloud and Acid cloud to soften your enemies from afar, then pound them with your creatures.
- When playing necropolis, skeletons and specially zombies are nice "meat shields" to your Liches. If not, invoke your own Ghost meat shields.
- Ghosts provoke Panic, which sends most enemy units running. Use Panic to free liches from attackers, and rehabilitate their ranged attack.
- The HP of liches is decent, so their resurrection should keep them afloat, as long as their mana isn't drained.
- Large amount of liches can raise large amounts of Ghosts. Use this ghost army to pound your opponent into submission.
- If you have few liches left nearing the end of a fight, from what was a large stack at the start of the combat, and they have enough spellpoints to resurrect, send them to die. They will revive fully, and you will have avoided any losses.

Additional things done:
- Changed building "kennels" to reflect that it recuits Liches, as "Experimentation Cages". Changed cost and description too.

Things not done:
- Change sounds. (they are still appropiate)
- Change portrait. (not so much) 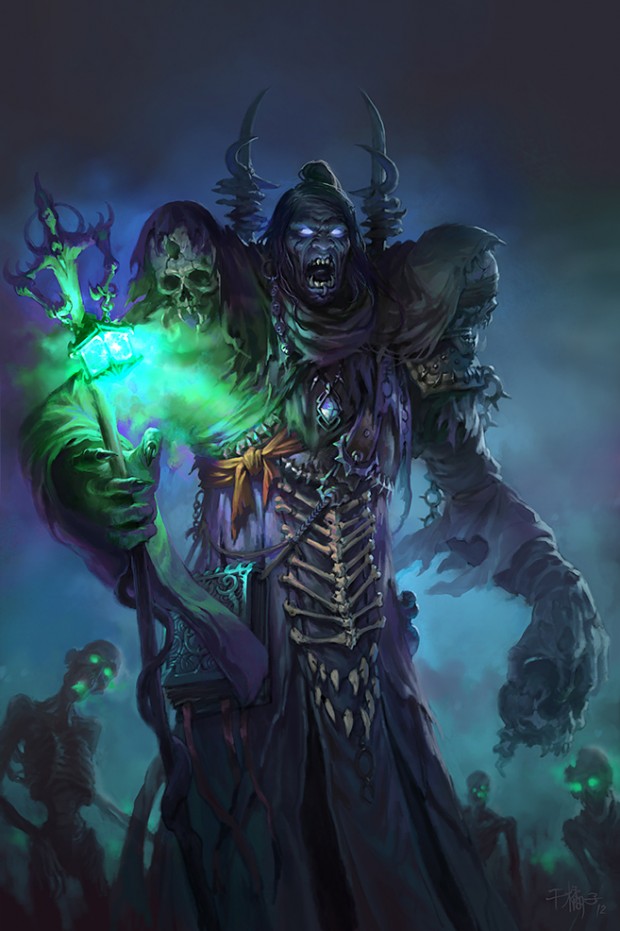 Greatest Mod Heroes of Might and Magic IV
Related Games

Heroes of Might and Magic IV Turn Based Strategy
Tags