Produced by the artist Svyatoslav Gulyaev. Game's developer Aleksandr Serzhantov. composer Nikolay Sosnovikov. A new game produced by the artist Svyatoslav Gulyaev, author of Gulman 1and 2, and Aleksandr Serzhantov, the game's developer, is a creative trash-shooter "Gulcry". The lead character Gulman should expose dark forces' plot and run up against black magician. The action takes place at the the time of army exercises on mysterious islands at sea, where toxic wastes reside. You are to accomplish several missions (at sea, on land) in order to save the world. 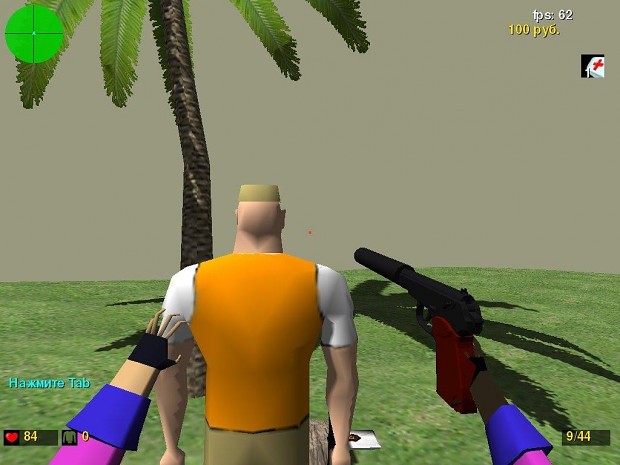 I'd be really great if you put this game in english or make an english patch ;)