About the CMK CMK is an abbreviation of the Classic Mod of Kopelyas My CMK project is a new series of ruthless hardcore overclock that is only possible in the computer games of the Call of Duty series. A series of CMK mods replaced LT. Speirssexytime and not the most successful (from my point of view a few shitty) RLJ. In the CMK series, unlike the earlier mentioned above mods (RLJ), there are NO changes in character design and voice acting. Also, the physics and other components have not been changed, just like in vanilla. In short, nothing has changed except for one: the brutal HARDCORE.

CMK -abbreviated form from the "Classic Mod of Kopelyas". This version is a classic "Hard Mod" for a single campaign of old good CoD 4 Modern Warfare 1.

In it, I used my latest achievements, incl. From RLJ and Lt.Speirssexytime.

To playing this mod, put this in the singleplayer icon: +set fs_game mods/ CMK.

Turn off the crosshair and filter out the sound equalizerJ 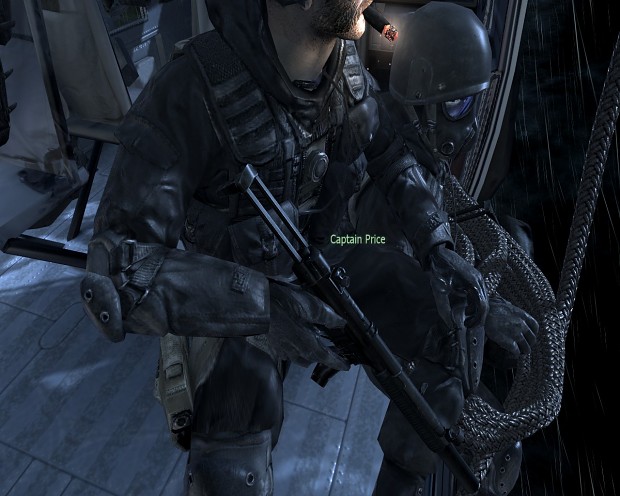 love it but it would be possible to make a version with more ammo on pickups, like i enjoy every single change made to the weapons, sounds etc ... but the ammo is so scarce that is reaching a point where it becomes tedious
or just make an addon that adds more ammo

Wersion of 23.09.19, which has been downloaded 09.01.2020, is last version of this mod. There are corrected some moments (troubles with bugs and animations), also corrected AI and weapons.