The Mod changes the image of ivory tucks to choice of three slavery images. It also changes the text from "ivory" to "Slaves," and "Ship(s) of Slaves" when you mouse over the images. The Mod is Compatible with many established and popular mods: A Proper Empire: Terra Incognita, Darthmod, Empire Realism, European War 2, Imperial Destroyer, Imperial Splendour, and The Rights of Man.

The main destinations were the Caribbean colonies and Brazil, as European nations built up economically slave-dependent colonies in the New World. Slightly more than 3% of the enslaved people exported from Africa were traded between 1450 and 1600, and 16% in the 17th century. It is estimated that more than half of the entire slave trade took place during the 18th century, with the British, Portuguese and French being the main carriers of nine out of ten slaves abducted from Africa.
Additional Resources and Multimedia about the Slave Trade[line]100%[/line]

Geographical Context
As you can note from the two maps (Slave trade map & ETW trade Nodes) there is a clear correlation between the location of the nodes and the location the slaves were acquired. 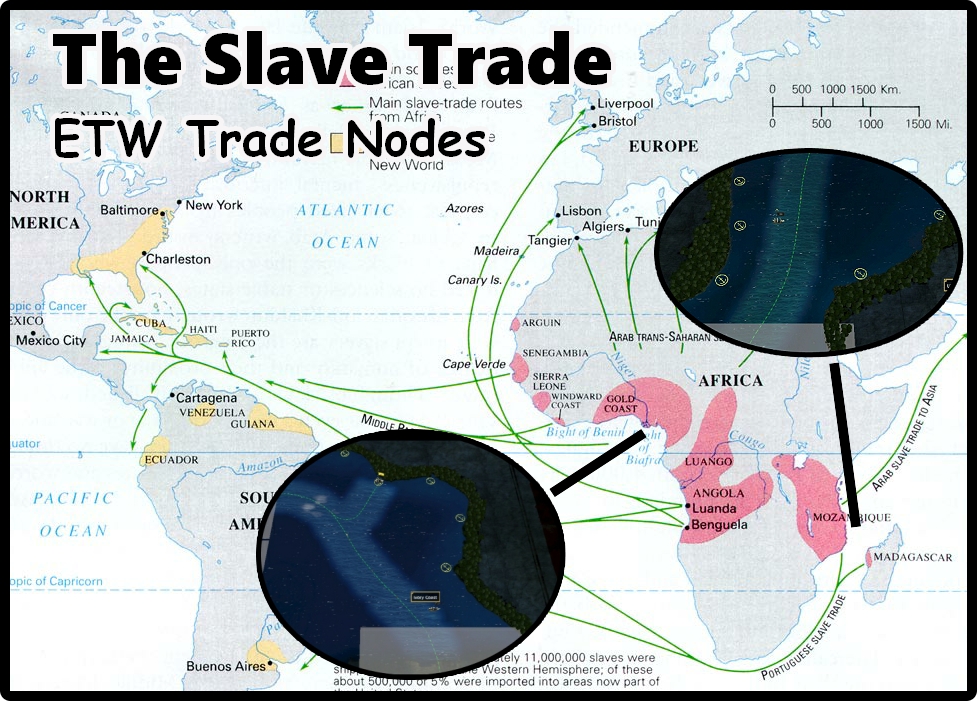 COMPATIBILITY ISSUES
The mod will be compatible with any mod that doesn't change two important files; patch_en.pack and UI.pack (specifically the subcategory "skins" and "pips" within the campaign ui. This is where the ivory.TGA images is located. In some cases. Modders would include the ivory.TGA even though they do not change it. Some hosted mods changes one or both of these files.

MOD NOT LISTED BELOW
If there are other Mods that you use and the vanilla does not work, please let me know which mod and I can include it.

FAIR USE POLICY
This is an OPEN SOURCE mod. You have explicit permission for free use. If you wish to add this officially to your mod, please give full credit to argonian68 for discovering the method to add this feature and myself (PikeStance) for discovering how to add the image without altering the actual game files.

YOUR CHOICE OF IMAGES ARE

The INSTALLATION Instruction is a PDF file within the download. 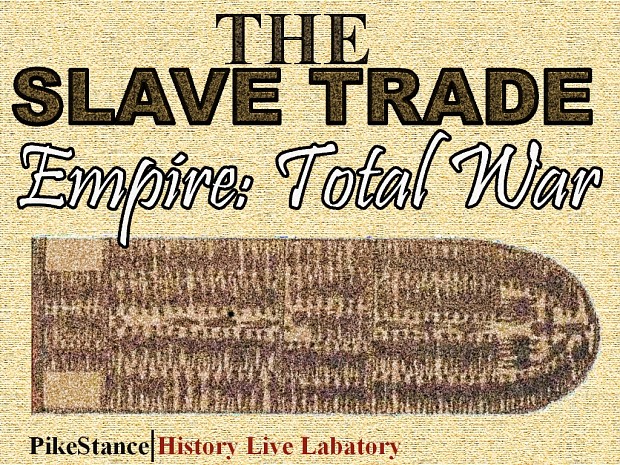 Thanks for this mod, the shackles icon look good in-game.

Not sure if the author of this mod is watching this but is there a way you can update this for the most resent Rise of the Republic mod. Not sure if I did something wrong but the Icons when placed don't replace the Ivory icon where the Key on all the tradeable goods is located though it does still state slaves. The only way the Icon shows is if you are actively trading slaves and that is only on the lower half where the break up of your where your trade is coming from and who to. I've had this work before in the older version and it works fine with the Vanilla version as well, just find it annoying that it does that. Thanks!

Like the idea of the mod. Does researching Abolition of Slavery do anything or does your empire just continue to profit from slavery? Imagine it might be difficult to implement... but it would good if abolishing slavery made it so your empire could no longer profit from the nodes and other empires wouldn't earn extra income from trade routes to you if they held slave trade nodes.