AdaVenture is a kid-friendly retro point&click game, intended to be a minimal extension to 3D of the original 2D Atari game named "Adventure", but with a few artistic liberties taken. Set in ancient Persia, it begins outside the castle of the young King Xerxes, who inherited a golden chalice from his father, Darius the Great. Coveted by Greek foes King Leonidas of Sparta and King Minos of Crete, the chalice has been stolen. Your quest is to seek and return the royal chalice to its pedestal within the castle of Xerxes...a stealth mission to postpone open hostilities. But, there will be obstacles to overcome. You must find the keys to various realms, defend yourself against dragons and the Minotaur, avoid pesky bats who steal things only to drop them in random locations, and survive the maze of the green mamba.

Now uses an improved interface binding Ada to SFML audio.
Now using SFML 2.4.1.
Repaired OS-X bundling so it's now clickable.
With 2 levels, succeeding at current level automatically advances the next game to the other level.

Unzip the archive and you will see a new directory appear with a name like "bundle_date", that you should rename to something like "install_directory". 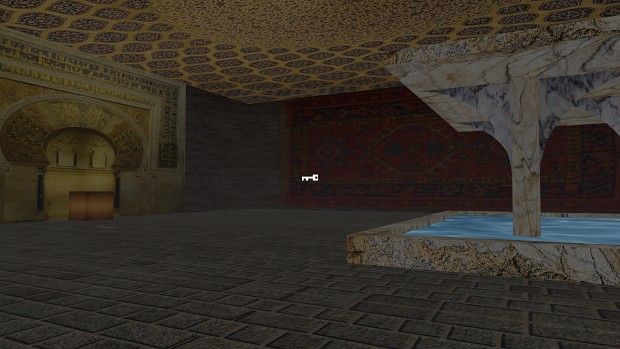