AdaVenture is a kid-friendly retro point&click game, intended to be a minimal extension to 3D of the original 2D Atari game named "Adventure", but with a few artistic liberties taken. Set in ancient Persia, it begins outside the castle of the young King Xerxes, who inherited a golden chalice from his father, Darius the Great. Coveted by Greek foes King Leonidas of Sparta and King Minos of Crete, the chalice has been stolen. 3nov2016 Ver 1.0.4 updates: * Enhanced castle. * Added second level. The Greeks are at it again! This time the Minoans steal the coveted chalice. The "orange" Atari maze leads to the labyrinth of the Minotaur; the Red Dragon and the Bat are increasingly problematic. * Added an endgame tribute to Korla Pandit, an extraordinary musician, and one of my favorites.

* Enhanced castle.
* Added second level. The Greeks are at it again! This time the Minoans steal the coveted chalice. The "orange" Atari maze leads to the labyrinth of the Minotaur; the Red Dragon and the Bat are increasingly problematic.
* Added an endgame tribute to Korla Pandit, an extraordinary musician, and one of my favorites.

* Maze has many improvements. It is now redesigned to match the "blue" maze from the original Atari Adventure game. This involves weird and puzzling interconnections.
* Added a pesky bat, a lethal red-dragon, and an avoidable green-mamba to maze. Beware!

## AdaVenture Game Description
AdaVenture is a kid-friendly retro point&click game, intended to be a minimal extension to 3D of the original 2D Atari game named "Adventure", but with a few artistic liberties taken.

Set in ancient Persia, it begins outside the castle of the young King Xerxes, who inherited a golden chalice from his father, Darius the Great. Coveted by Greek foes King Leonidas of Sparta and King Minos of Crete, the chalice has been stolen.

Your quest is to seek and return the royal chalice to its pedestal within the castle of Xerxes...a stealth mission to postpone open hostilities. But, there will be obstacles to overcome. You must find the keys to various realms, defend yourself against dragons and the Minotaur, avoid pesky bats who steal things only to drop them in random locations, and survive the maze of the green mamba.

## AdaVenture Game Features
* When looking closely at a pickable object, a hand will appear indicating that a click will pick up the object. When holding an object, another click will drop it at the current location. Only one object at a time may be carried.
* Works on PCs or laptops running OS-X or GNU/Linux. And if GNAT is installed you can build it yourself! But first try the delivered binaries.
* Both GNU/Linux and OS-X binaries provided, as well as full source.
* Laptop friendly controls; supports Mac Retina displays.
* Serves as an example of modern OpenGL programming in Ada or C++ using GLSL 330 and shaders.
* The Ada bindings to OpenGL & SDL2 in this app are usable as a standalone library for most any modern Ada graphics project.
* Currenly, the game has two easy levels. So there is not yet any reset capability...you must replay from the beginning if you die. You specify the desired level at the beginning of the game.

[You might need to disconnect unused gamecontrollers to prevent spinning!]

Look direction is controlled by touch pad or mouse;

Movement is controlled by the arrow keys:

* graphics card & driver that supports OpenGL version 3.3 or later;
* GNU/Linux or a Mac running OS-X;
* optional game controller or joystick.
* OS-X: must have OpenAL.framework, which comes on v10.4 and newer

## Running adaventure:
Unzip the archive and you will see a new directory appear with a name like "bundle_date", that you should rename to something like "install_directory".

The install_directory should contain a subdirectory named "data". It contains shaders, skyboxes, sound and texture data, as well as the puzzle definitions.

Developer or not, send improvements, comments, suggestions or questions to:
fastrgv@gmail.com

Two [pre-compiled] binary executables are delivered, one for gnu/linux and one for OS-X. The Mac binary, adaventure_osx, should run on most any standard Mac with a recent version of OS-X. The linux binary, adaventure_gnu, is intended to run in the presence of the directory "./libs/gnu", which contains some dynamically loaded libraries that can be, but need not be present on a target system: SDL2, SFML, FLAC, ogg, vorbis, freetype, jpeg, openal.

Build scripts for GNAT2015 or newer are provided. Suggestions or help improving the build process is welcome. And if anyone succeeds in building for the Windows platform, please let me know so I can try to include that too.

build script for generating a portable executable that will run on most OS-X platforms whether or not they have non-standard libraries SDL2 or SFML installed. This is used to build the executable named adaventure_osx. Macs with a recent but standard configuration of OS-X should be able to rebuild using this script, assuming you have GNAT GPL installed.

utilizes static linking for the non-standard libraries SDL2 & SFML, as well as other more common shared libraries that are delivered in this bundle under ./libs/gnu/. This is used to build the [gnu/linux] executable, which should run in the presence of ./libs/gnu/, whether or not your system has those shared libraries installed.

The current build is compiled on OpenSUSE v13.2, and uses GLIBC 2.14 [dating from june 2011]. This generally means that if your linux distro uses glibc v2.14 or newer, then the prebuilt binary should probably run on your system (and be rebuildable).

If the delivered linux binary does not run...

## what is special about this project?
Uses the Ada programming language and fully modern OpenGL methods, with textures, shaders and uniforms. Achieves version 3.3 core profile contexts. Compiles and runs on both GNU/Linux and Mac OS-X systems.

Focusing on portability and freedom, no compromises have been made to accomodate proprietary operating systems. This project uses only free open source software: a thin SDL2 binding from Dan Vazquez, a thin OpenGL binding from "Lumen", a PNG reader by Stephen Sanguine, and SFML-Audio (because of its elegant audio interface).

The Ada bindings are thin, so the relationship to C++ methodology is transparent. Developers should note that these Ada bindings can be used for any OpenGL Ada project.

For the C++ programmer the code should be easy to comprehend; and for the experienced Ada programmer there are many potential improvements to be made. Suggestions are welcomed, as are coding or design improvements. If you make improvements, please send then to fastrgv@gmail.com

AdaVenture itself is covered by the GNU GPL v3 as indicated in the sources:

This program is free software: you can redistribute it and/or modify
it under the terms of the GNU General Public License as published by
the Free Software Foundation, either version 3 of the License, or
(at your option) any later version.

This program is distributed in the hope that it will be useful,
but WITHOUT ANY WARRANTY; without even the implied warranty of
MERCHANTABILITY or FITNESS FOR A PARTICULAR PURPOSE. See the
GNU General Public License for more details.

You may read the full text of the GNU General Public License
at <http://www.gnu.org/licenses/>.

### General Note
The particular choices of sound, image, and fragment shader files [x.fs] delivered are not essential to the function of the game and are easily replaced.

### SoundFiles
Many sounds are from freesound.org and are covered by the Creative Commons Attribution noncommercial license documented in the accompanying file ccnc3_license.txt. see also: (http://creativecommons.org/licenses/by-nc/3.0/legalcode/)

Credit and thanks to the Godfather of Exotica, Korla Pandit, for the excellent renditions of Turkish Dance and Miserlou...a song so old that its origins are vague, yet was known to have been popular in ancient Persia and the middle-east.

### ShaderFiles
Several fragment shader files used were downloaded from Glslsandbox.com and put under ./data/. All frag. shaders from glslsandbox are under the MIT license (see mit_license.txt). Existing comments or any identifying information was retained.

In order to make these usable, I had to modernize them to glsl version 330 specifications, and adapt them to utilize some programatic uniforms for input. 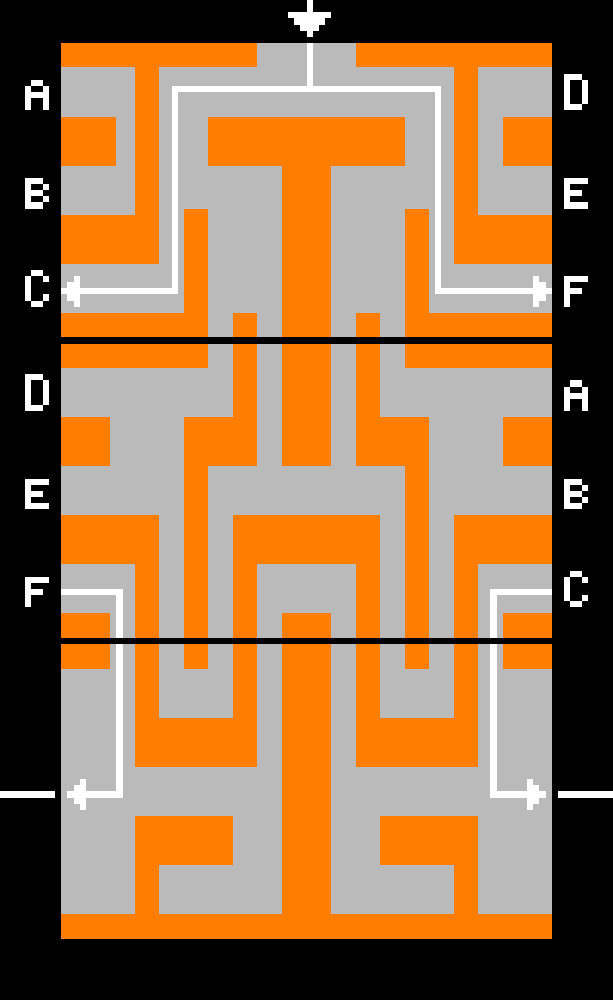