In a city where the military thought they could contain the infection by sending survivors via the cities subway system quickly found out how wrong they were. The military pulled out of the city leaving it in ruins and escaped on a train bound for a safe zone. Now Rochelle, Ellis,Nick, and Coach must fight their way through the city, underground and through the station and rail yard to make it to a train the military left behind. Will everything end up okay with the survivors or will they end up in the crash?

This is a campaign in the works for 3 years, originally started for Left 4 Dead 1. The idea was simple, players run through a maze of buildings and make it to the subway, from there they rush to "Grand Central Station." Upon arrival they would find their goal blocked and must take the long way around to the platforms to catch the train out. The goal would be to get on the train and then reach the front before it derailed.

A simple idea in the beginning that has spawn a story explaining what has happened in the world from some teenagers eyes as they escape through the city during it's downfall.

The first three years were spent designing the first two levels, the city and subway system, and then the "Grand Central Station" to the train. During the last year it was changed to rearrange the order to be three maps out of these two making it, The City, The Station, and then The Platforms. In the April/June beta release to the public only " The City" and " The Station" were released and quickly criticized for length. Also included in this was a survival map named " Sudden Stop Survival" taking place in a subway tunnel with two stopped subway trains and a well guarded generator room. This was in fact the first map completed and then used to learn more about detailing and adding story to maps.

To play this map you must unzip the file, pull the .vpk out and put it in your username/steamapps/common/left4dead2/left4dead2/addons folder.

This is the April/June release and will be changed out as soon as the latest build is finished. 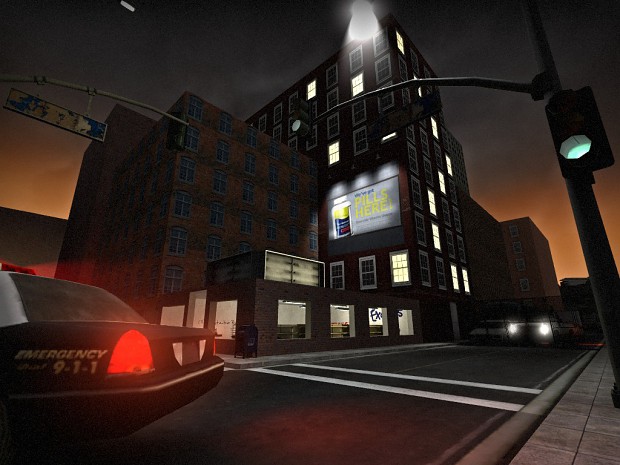 Tell me which " Wall" is ugly and I might be able to fix it. Vague comments aren't very helpful when trying to fix and improve.

Center ground left in the preview pic. The wall texture there is tiling, and it looks just like one of those basic small size textures that you download for free off of the internet.

Actually that's a Valve Texture but it's been one that's been bugging me to replace it. I just took a some pictures today to try and capture some city brick buildings to be able to use as a texture.

I even couldn't start downloading.