As the lost battle for Russia was going on, the Germans were also beginning to retreat elsewhere. After almost winning a total victory in Egypt, the German Afrika Korps in North Africa eventually had to retreat after a see-saw series of chess-like battles between the German army under the brilliant German general, Erwin Rommel, Desert Fox and British forces under several generals including General Montgomery. The battle that turned the tide was the battle at El Alamein in Egypt in July 1942 while Rommel was in Germany for medical treatment. General Montgomery's troops had turned the tide. To add to the problems of the Afrika Korps, American troops soon landed in Northwest Africa and rapidly advanced toward Tunisia to the east. Eventually 250,000 - 300,000 Germans had to surrender in Tunisia. In retrospect, the Germans should have evacuated their African forces for more effective use in defending Italy and could have done so if the effort had been made earlier.

Wings of Liberty
Best played in multiplayer/ lan for singleplayer or coop with friends online multi
To install just Unrar and throw it into your Program files/steam/steamapps/common/mowas/mods ...then run the game go to options ...Activate the mod away you go :D
"NOTE: You may encounter error when activating the mod. Just go back in game and enjoy the mod!
big thanks to ozka for letting me change his Korsun Pocket map script a little to suit this desert style map
some small resources from vora bat and think thats it :P 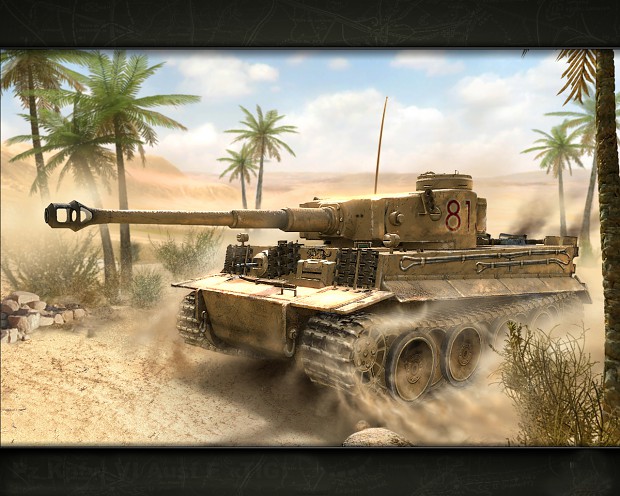 hey good work on the map fastlegz, and thanks for giving me credits for the script xD

heee, i really want to play this cool mod.
but every time the american soldiers attack, my screen get's black end then return to the game.. and it's keeping repeating..
end if that's happen after a few time, the game doesn't do anything more..

please help me!!
ps,, sorry for my bad english

Ahh cool, is this in the same style as Ozka's maps? Like defensive co-op frontlines?

its the same script and all, just USA instead of USSR and a remade map. very nicely done, also with an airstrip for one stuka and two bf109s. and alot of other heavy weaponry :P

We can use the aircraft? :D

yes but you need to use direct control to use them properly, press spacebar to lift off and then press S to lift up.

well...just played this, and it was ok =) need to play with a bud some day. first, what the hell is the pershings doing in Afrika at 1942?! the m26 Pershing didnt arrive in Europe before Januray 1945..and whats up with the russians? xDD besides that..a good conversion/remade map =)

I dont believe there is any Russians :O

Maybe some parts in script like when you lose it says the Russian's have beaten you or something, right?

haha! no! :D there was actuallty a russian tank crew dude running around and screaming =D (and yes there was this script when you lose that "russians have beaten you) xD

I downloaded and unrar it. Then activated it right according to your manual. But when I get into the " Skirmish " screen, it seem like there is no space for the button to choose the mod. There are still 5 button to choose 5 nation as before. And under them are smaller letter " mission/single/bonus/campaign title "...
I dont get it. Is this mod not for single player skirmish ???

it wasn't set up properly the mod folder but dont worry the next mod coming out is made by me and ozka with new maps and new menu and so on!

it doesn't work, I deleted it but it ****** up my entire game, that now keeps crashing! Thank you

it's unbelievable, after installing this mod my entire MOWAS doesn't accept any other mod. It crashes each time I try a new one.

i think the latest patch has something to do with that not me :O

you might be right, because after upgrading the game I cannot play any of the mods. I get an "unexpctected token" error.

same problem as me dogfactory

Doesnt work, error about helmets or something, helmet4_usa and helmet1_ger or some stuff like that with pattern not found. Damn :(

lol, any fix with the update?

I've got this error while loading every time. All other mods disabled, game ver. 2.05.15 Img802.imageshack.us

And me with the same problem