Add addon Play with Danny flashback only in flashbacks levels

With this mod you will play flashback levels with flashback Danny without having to replace asylum Danny from the first three levels. I replaced in the resource1 files of the first three levels, in which you play with danny_ingame-dasy by the player_bod-broken model. The only error that this model has is that when you do not have throwable objects (can, brick, head) the bag where you keep these things will disappear but it appears when you have some of these objects in the inventory but in everything else it works perfectly. By the way, I edited the texture of the Danny flashback model head so that its texture has more detail, for that I replaced the default textures that this model uses with the one that Danny uses in the cutscene of the Origins level, which is also compatible with the model.

Copy and paste the "levels" and "global" folders into your Manhunt 2 directory and replace.
Make sure to back up the files you replaced.

And that's it, now you will play the flashback levels with the Danny flashback model without replacing the Danny asylum. 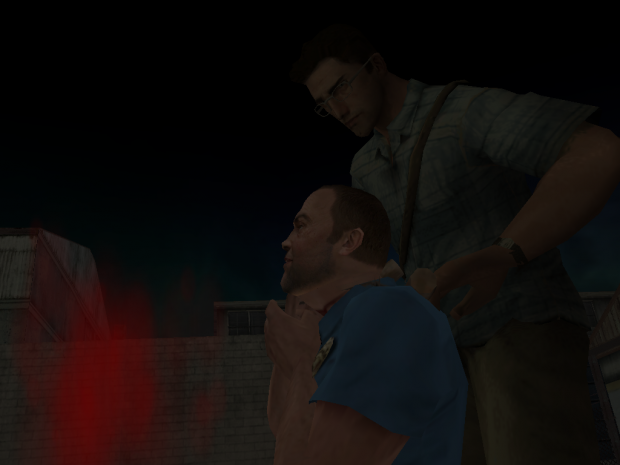 Great work but you forgot to edit Personality Clash.

Fixed, I also fixed the little cinematic in the Ritual Cleansing level in which Leo appeared when you burned the files.
Thank you for telling me.

Nice thanks, there is another problem though now in Personality Clash where it crashes once you reach the door where you need the crowbar.

I don't know how to help you, that crash doesn't happen to me.

My bad I got it working now, I forgot to use a file from another mod.