The M27 IAR (Infantry Automatic Rifle) is an assault rifle / light support weapon designed based on the HK416 assault rifle. It was designed in mind to replace the M249 LSW in active service in the USMC, but it was ultimately chosen to replace the M16A4 and M4 in each infantry squad. (Although it was eventually designated that each squad would carry at least one M27 for fire support.) 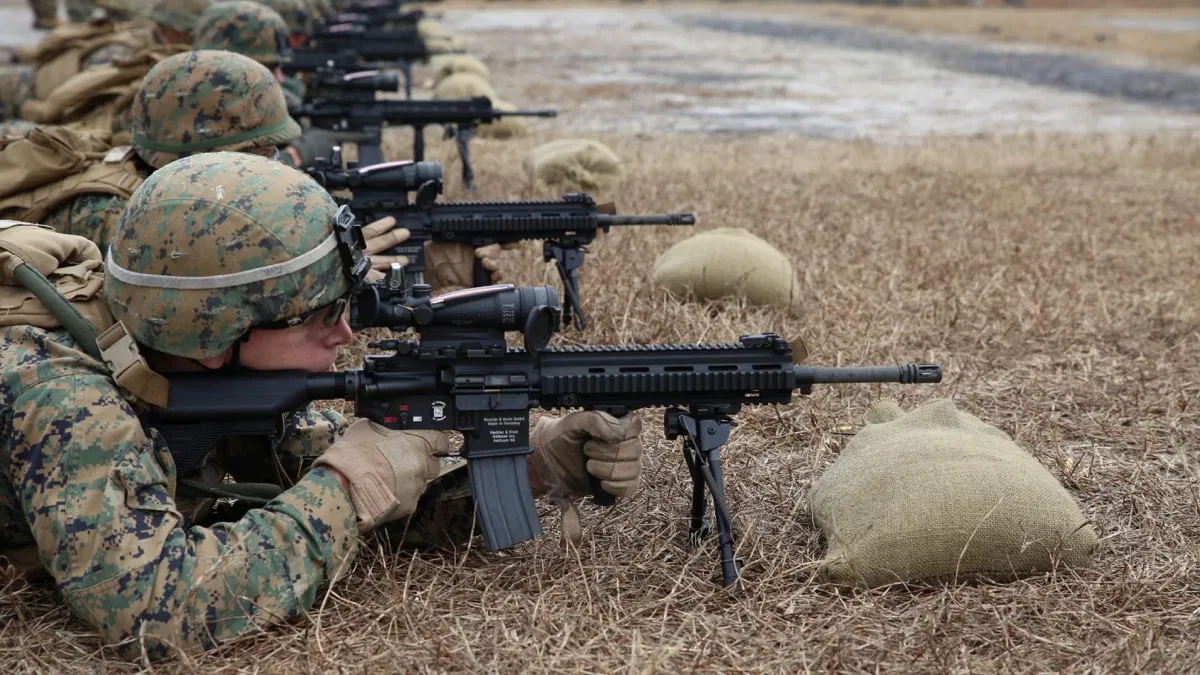 Note: This is my first addon in my life, the weapon is supposed to work well and is ready to play with no modification required. My addons will appear in this format, with sounds and icons made by myself. Plus, it is made for my personal mod, so you will see a lot of factors that aren't balanced.
I do not own any of the objects that I upload, I only find them, modify them and finally share them for the public.
I hope you like the content that I share.

Thanks for the upload. Looks great :)

Glad to share! I have literally No idea who made it tho.

ሠኬቹፕሡቺፕጊቹኑነዑᎆነ Other with 22 members
Tags