Robert A. Belflower's Red River Campaign 1864====The Western Louisiana Campaign is loosely based on Banks' Red River Campaign in Louisiana in March and April of 1864. It features accurate orders of battle for the Army of the Gulf and the Army of the Trans-Mississippi for this time period. Additionally, it was designed to "push" the envelope of the Gettysburg game engine, and see just what it was possible to do. The map includes abatis, earthworks, fences, dense forest and light forest. Many of the standard terrain graphics have also been modified, so the map doesn't look like a "normal" Gettysburg map. It also features a new opening menu screen and other enhancements that change the "look and feel" of the original game. 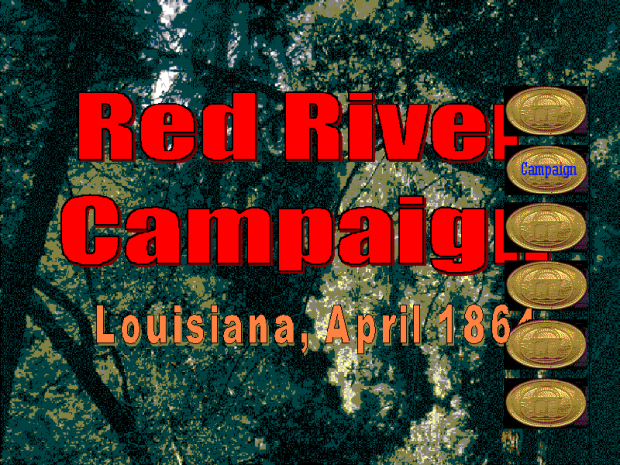