In this tutorial we will explain character interaction with Unity 3d and C# code.

Posted by jayanam on Jun 22nd, 2015 - Intermediate Client Side Coding

The goal of this tutorial is to explain how you can implement an interaction between 2 characters with Unity 3d. One character is the player, the other one a so called NPC (= non player characters). If the player is near the npc, the interaction should start.

Let's assume we have these two characters, the player is the dog Erwin who is moving towards the Monster (Herbert): 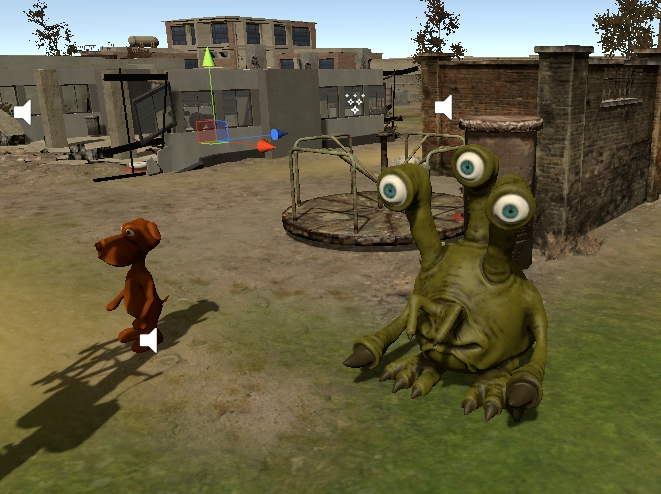 The monster has a script attached, with the interaction logic added to the Update method:

And here is a video in which you can see the script in action with an Animation Controller for both characters: