Article about Torpedo boats of the T-1935 project of fleet to Krigsmarin. The short description, the facts from history, application and actions of vessels in game.

At the time of the company beginning against the USSR, the German fleet possessed limited
structure of the torpedo boat ships. The T-1935 model, the first model of the class formed a basis of minonosny fleet.

The ship possessed weak seaworthiness and unsatisfactory parameters. A series was limited and made about two tens units.

Germany was constrained by the Versailles contract signed following the results of World War I where on all fighting fleet a number of restrictions was imposed. These conditions compelled to look for an exit from current situation. Torpedo boats of 1935 series became the first search result.

The ship was projected as a small destroyer and had to include all features of a big destroyer. The arms consisted of the deck artillery, two trekhstvolny torpedo tubes, a stock of mines and deep bombs. Speed the ship had to gather not less than 40 knots, and have good indications of seaworthiness.

The ship which arms consisted of one 105 mm of the gun which is settling down in fodder part, three machine guns two of which were on the running bridge, one aft, two torpedo tubes became result of the project. Mine or bombing arms. And when using mines, the ship couldn't use the main caliber, in view of technological features. Seaworthiness of the ship left much to be desired, nasal contours
were unsuccessful, the ship in full operation buried in a wave. Speed maximum was succeeded to reach only 33-34 knots.

Having such errors and defects, the ship arrived in fleet. Within several years the ships at numbers T1 – T12 were collected. The ships were a part of the first and second minonosny flotillas.

Germany wasn't limited to development only this project, projects 1937 and 1941 which on surpassed the first model many subsequently were given rise. During service of the ships, they were several times modernized, and had different arms, seaworthiness improved.

On our theater of operations, in the first part of game, we are expected by T-1935 series models, namely the second flotilla which for the beginning of war didn't pass modernization. The ships will appear before us in the original state.

The ships never used torpedo arms. Main use: statement of minefields. Sometimes entered duels with submarines. Took active part in protection of escorts. Conducted security service of busy water areas. Subsequently are transferred to structure of educational flotillas where crews of submarines were trained in torpedo attacks. After successful actions of the opponent are again transferred to
structure of the fighting ships. 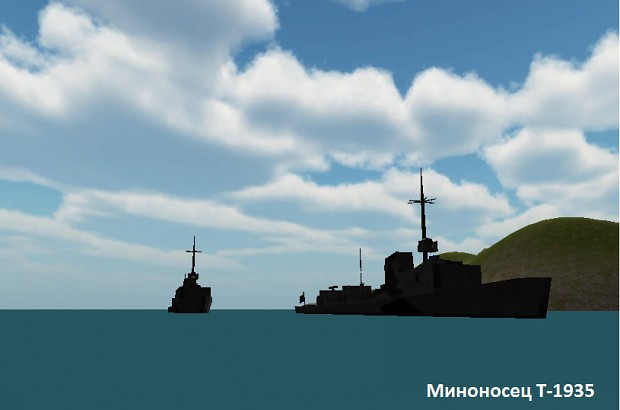 The second minonosny flotilla is entered into game enemy. The flotilla really existed and was where I plan it to use. Tasks will be set for a flotilla same, as well as to its real prototype.

Now about the ships and their opportunities.

The ships – complex objects. Include some systems: Movement system, independent definition of a course and choice of a high-speed mode. Supervision system, search of the opponent. System of fighting courses. Evasion system from obstacles. Attack systems: Artillery system of attack of surface vessels. Collision attack. System of attack of underwater vessels (deep bombs).

Movement.
The ships are able to move. At movement, the ship not only builds the course, but also traces obstacles, trying to evade from collisions.

In game three types of movement of the ship are planned.

The first – protection. The ship small speed makes movement in the sector.

The second – parking. The ship costs on an anchor.

The third –a convoy. The ship moves with a speed and the direction of escorted vessels.

The intermediate option is fully realized. The ship in a protection mode, passive
search. A little later I will make all types.

Movement in fight.
The ship is equipped with weak system of a bearing (shumopelengator). If the boat moves at great speed under water, the ship will hear it. Viewing watch works at the ship also. If the boat see – that attack. 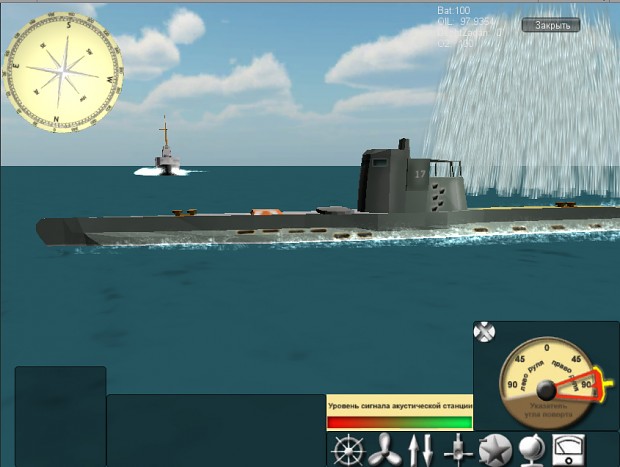 The ship, having found the boat, leaves in attack with the purpose to cross its course. If the boat doesn't manage to plunge, the ship will ram it.

Here the first type of attack – a ram. From a ram the boat perishes.

Remember!
Periscopic depth is unsafe. The boat under a periscope will always be lost from a ram. Safe depth – 20 meters, at this depth the ram is useless.

Until the ship changes a course, artillery attack in the main caliber is possible. But there is a restriction.

The tool is aft and if the ship moves a direct exchange on the boat, the gun can't shoot. Therefore the gun shoots while the ship circulates (turns). Shells don't suffer a critical loss, but some hits can destroy the boat. 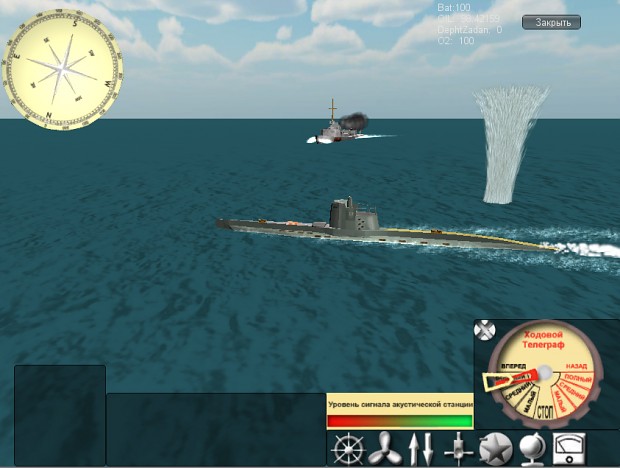 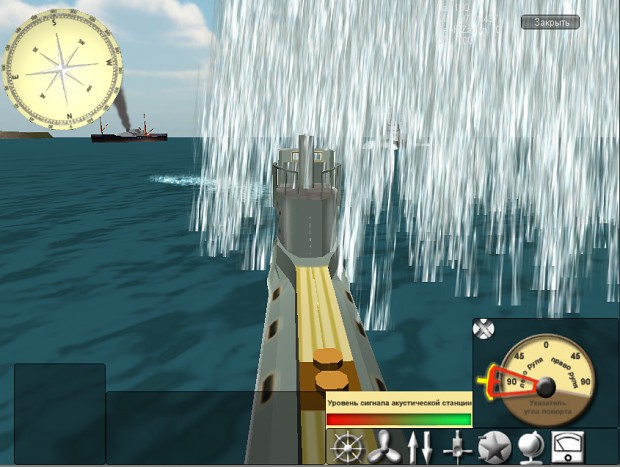 If the boat plunged, the ship continues movement, the purpose – to dump bombs on the boat. The closer the bomb blew up, that the loss from explosion is more considerable. Some close explosions are capable to kill the boat.

At attack by bombs, the ship has restriction in a stock of bombs. In reality these ships had 30-35 charges. If the ship spends the stock, it will leave. To wait when for a bomb it is necessary to come to an end long, the ship dumps them groups on some pieces and only when there is a confidence of definition of a place of the boat or a place of its last stay. It works so: The ship moves to a place of
the last contact. Having reached a place, it starts dumping bombs. If by this time the boat of didn't show, the ship will turn at a small speed, dumping bombs a small series. If you remain on this place and you don't try to disappear, you will destroy. The only rescue - to get away from the enemy. You
will lag behind, only if you leave the area of protection. The best way of protection – don't come nearer to torpedo boats and if you see them, move at a small speed and deeply. And still, maneuver depth, bombs have explosion depth equal to your depth, at the time of the last sure contact.
Otherwise, you, most likely, will drown. 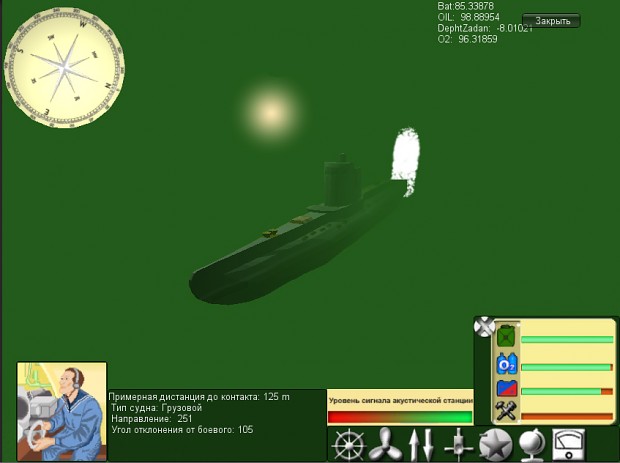 In game maneuver – a zigzag is planned. It provides to the ships protection against your attacks. At a great distance it is difficult to hit the mark changing a course. Now it isn't present.

I want to try maneuver on torpedo boats, they an easy target when go on rapprochement by
a countercourse, you look at it, he looks at you, one torpedo turns a duel outcome. At this moment the torpedo boat can't make anything, only approaches. Having applied a movement zigzag, the torpedo boat will approach more long, but it will provide it small protection against easy hit.

Don't wait a torpedo boat on top, it has a gun, it will do a lot of harm. You leave under water and wait for the moment for attack, observing in a periscope. You remember, on a small distance, they, most likely, will see your periscope. You will be not helped even by the stopped engines. Lift a periscope from time to time, I lifted – I looked – I cleaned. It is so possible to save nerves and fuel. 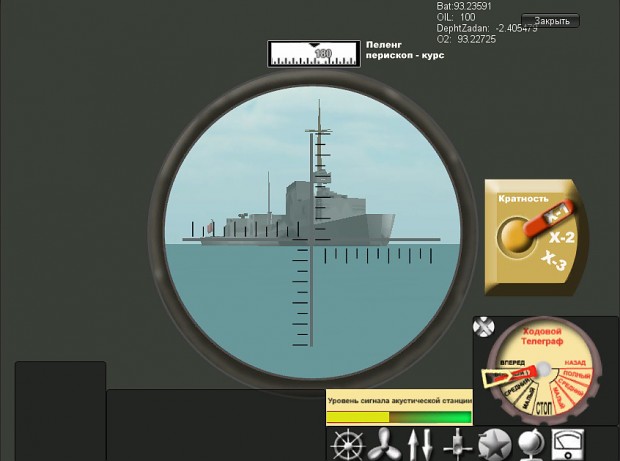 Torpedo boat not the most terrible enemy, but believe, even the weak opponent can do a lot of harm if to ignore it. One torpedo boat - the small problem, two – a nightmare. 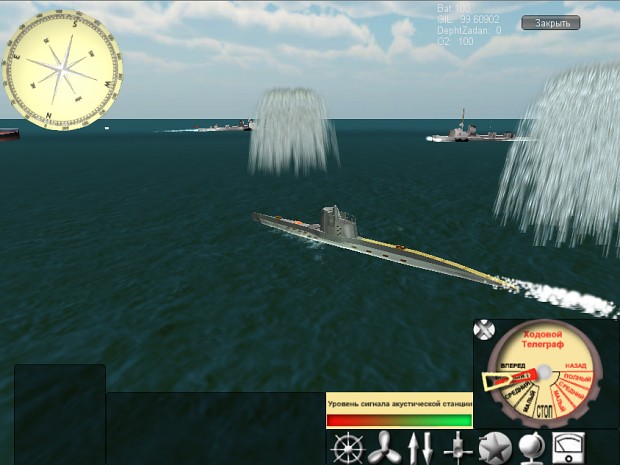 It is possible to say that T-1935 series torpedo boats the bad ships. But it is possible to tell that the boat isn't better. These are equivalent enemies, don't expect indulgences, the mistake is punished by loss. 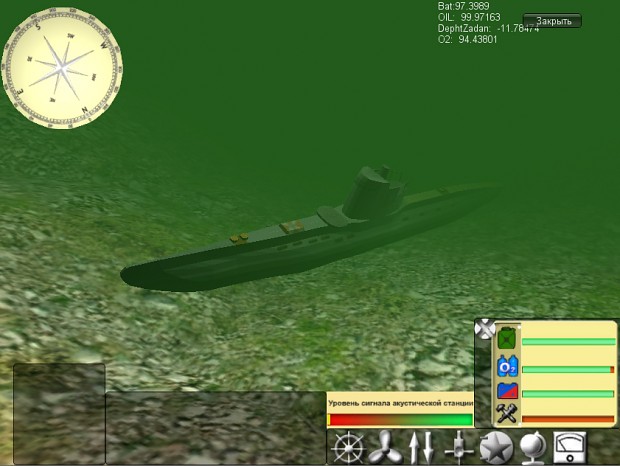 Also don't
try to drown it! If it behind a stern, you have no chances to deceive him. It quicker and more maneuverable. You remember, any your maneuver is a noise, and noise, it is sure contact. The there is less than noise, the it is more than chances of success.
On it I will finish the review of torpedo boats and their opportunities. I held back some features, probably, in the following articles and them I will cut out.

Thanks. It is possible to eat questions? If is - welcome to a forum!

I answered your question, look the main branch of dialogues.