The Plaguelords are the henchmen of lord Anthrag, the Omen of Pestilience. The ghoul servants of Anthrag will spread the plague over their enemies while Anthrag's gruesome swamp beast creations lay waste to their armies. 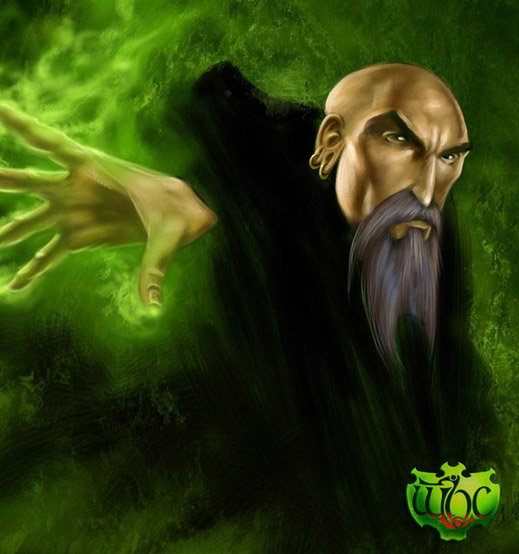 The Plaguelords are rich in upgrades that they can obtain early. However the main strategy with them is not to research all upgrades until late game, but to rush your opponents early. The Slimes are the basic Plaguelord infantry. They are not very strong but they can scout the map early game really well. They also get nice damage bonus from the Laboratory upgrades. Another Plaguelord early game unit is the Ghoul. These strong infantry might be slow, but they can be upgraded from the Laboratory to fight a lot better and walk faster. An army of Ghouls can be devastating early game. 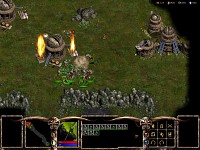 Mid game you gain access to the powerful Gazers. The Gazers, when in large numbers, can be pretty dangerous. They deal electrical damage and can float over water but they do not spread disease.
The Spores can be used in some tricky strategies. The Spores are suicidal units. They deal huge damage to buildings, which makes them great at razing mines and towers quickly. They can even be upgraded to deal more damage. 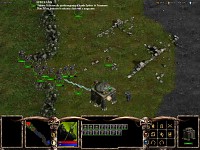 Now that you got late into the game the most powerful units the Plaguelords can build are the Hydras. You many upgrade the Hydra caves into Fire Caves, which train powerful Pyrohydras. The Pyrohydras are though and deal a lot of damage and hit multiple enemies.
The Fire Caves also allow Flamers to be produced. These Eyes of Flame can shoot cones of fire that set multiple enemies on fire.

From the Ice Caves you get to build the Cryohydras. While these are not as though as Pyrohydras, their splas attack can freeze multiple enemies. This splash freezing attack can prove useful pretty often. 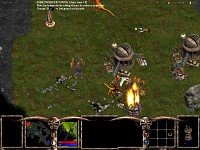 The Plaguelord General is the Plaguepriest. It's magic attacks can shred through any kind of armor and his spell, Eye of Oros, is great for scouting. Their most important ability is their Plague Touch. Units killed by the Plaguepriest's attacks turn into ghouls that fight for your side a limited duration of time.

However, later on you might notice that Ghouls and Slimes get a little useless. They can be upgraded by building Plague Piles which increase their disease spreading ability and disease strength. With many Plague Piles their poison and disease can wear down enemies instantly.