Post tutorial RSS The first game from zero to alpha. Write a history of the development of Horde Attack. Part 2

Development. Player. Will start the Chapter on the development with the most important "Player". Now I will tell about how I developed management and why is taken a decision.

Will start the Chapter on the development with the most important "Player".
Now I will tell about how I developed management and why is taken a decision.
The first thing a user is managing and understanding how to act in the game. The best option, which can only be a player without training for 1-3 minutes starts to understand all the mechanics of the game. All that is required of him is to gain experience and start to win. 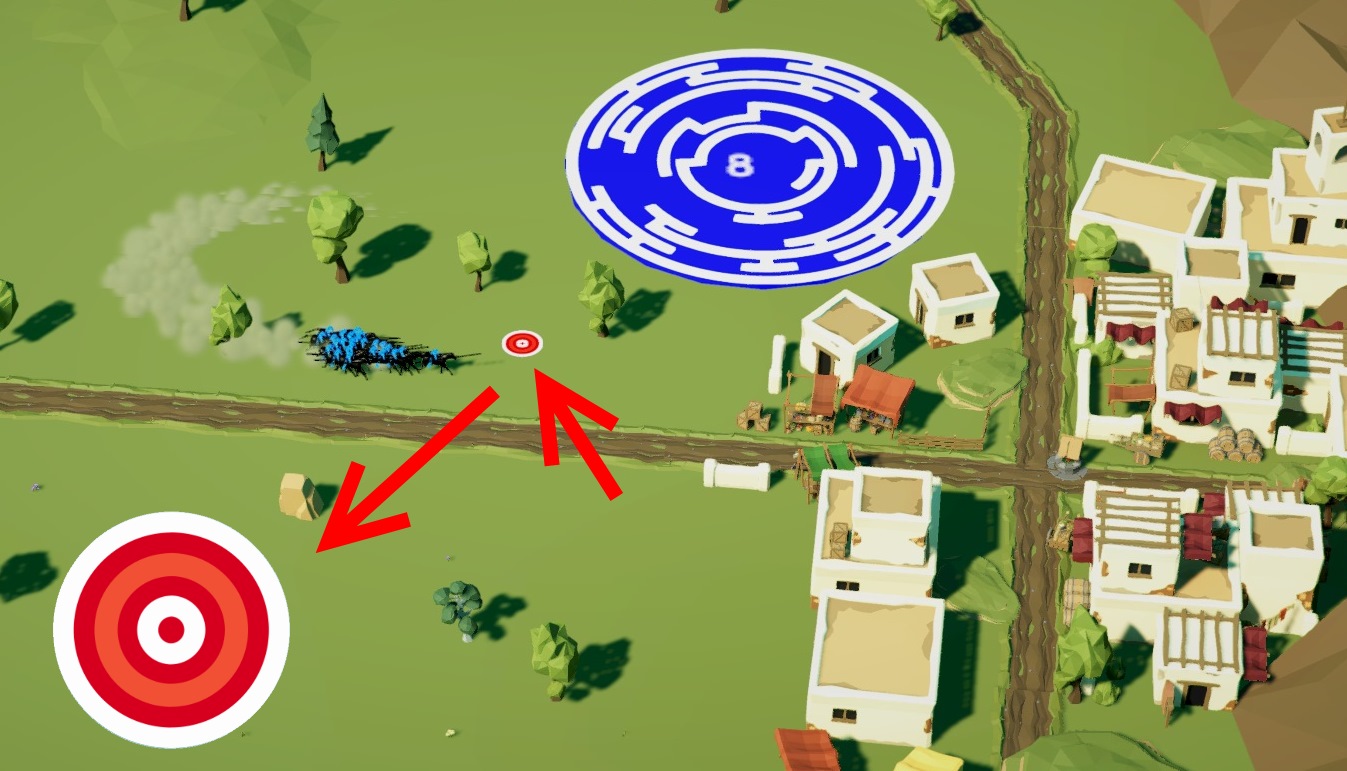 Tip # 1. Best control, which does not need to learn.

With the growth of functionality in the game, control becomes more difficult. One of the main rules of the interface – "The less steps you have to do to the result, the easier and more likely to use".
Control player simple. "Arrow" and a combination of the WASD keys. To play in single player mode, the user will be enough.

Tip # 2 do Not invent a new Bicycle. Use familiar management players from other games. 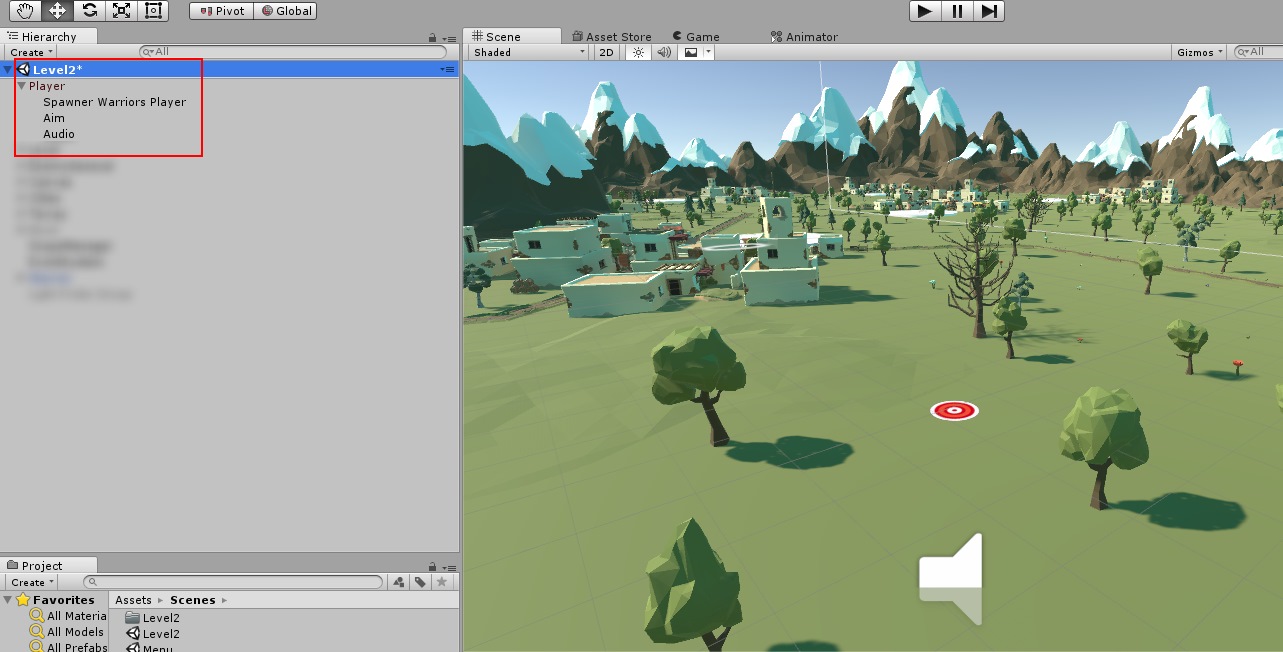 The player is a game object. This object, which disabled the "Mesh Render".
The controller must obtain his location and send them to the soldiers. Pointing where you want to move.
spawner object. Creating warriors in the early game. I can set the desired number of warriors to start. By default I have 30 warriors. 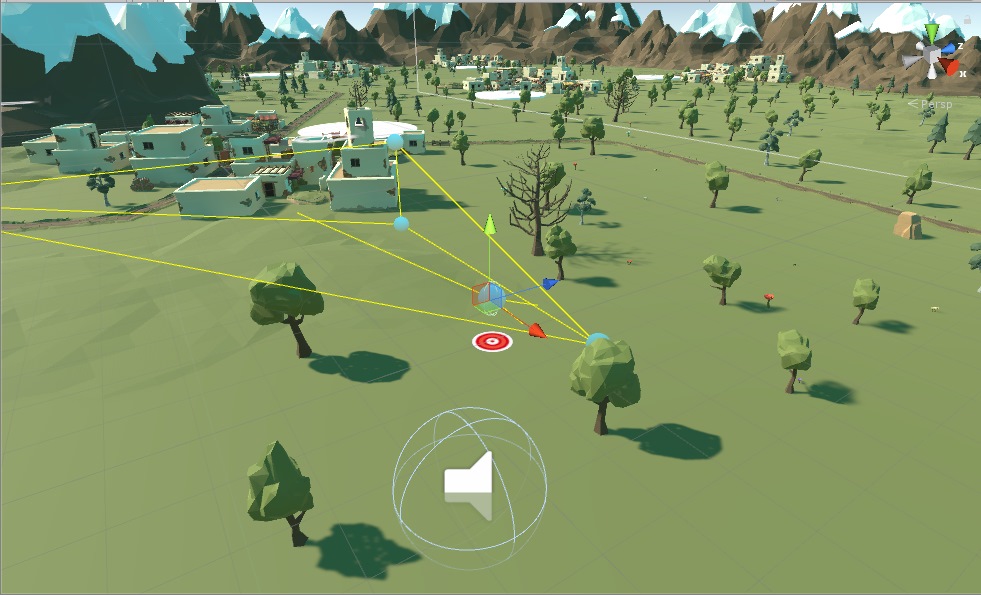 The next game object is sound. It's music for the movements of troops and attack cities.
Object, followed by troops hidden, you need to get the texture, it informs the user about the point of movement. As a texture I had two options to use the arrow (pointer) or the target. I found that target is best suited to this place. It contrasts on the map. The user begins to realize that the troops follow.

I noticed that after 2-3 minutes of the game, the user's attention shifts from the targets to the squad. He is not thinking about how to manage. Just takes and destroys everything in its path. 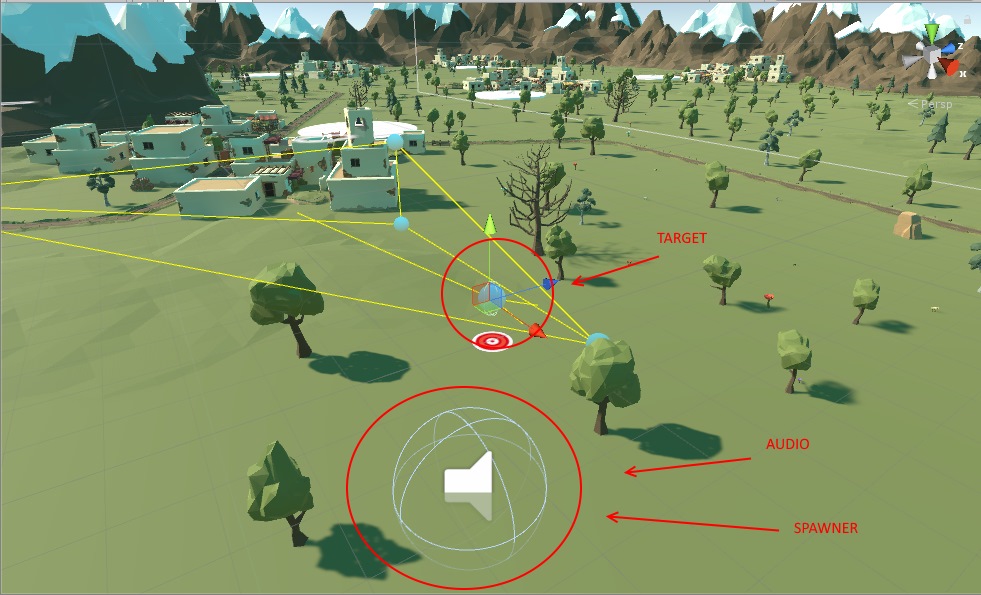 All that I have described above applies to the alpha version and does not affect the conditions when the functionality will be increased and the game can be played with friends on one screen in an amount of from 2 to 4 players.

The functionality I will describe in detail in the following articles, which will tell about the cities, enemies, soldiers, and technology.
Today I decided to add 4 additional keys.

The first 3 will be responsible for the choice of option. Suppose the player captured the city, and when he wants to leave he will have to choose a leader (Khan), who will rule the city in his absence. The player will be offered three candidates with their advantages and disadvantages (more on this in the article about the management of cities). And you will be prompted to quickly choose who to leave in charge. 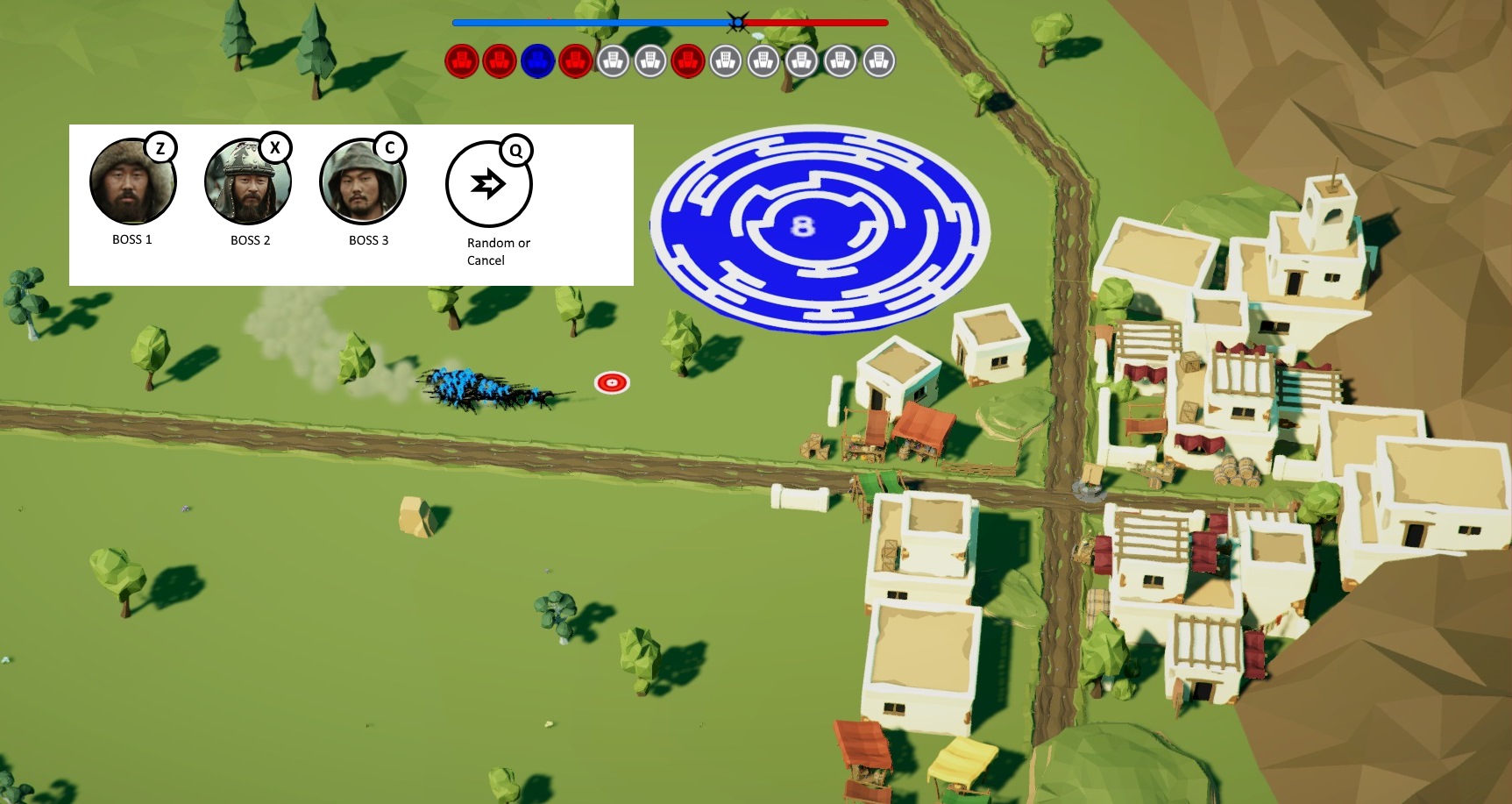 The fourth button will give the opportunity of random selection or cancel the action. All depends on the situation.

This mechanic will be used in most features of the game. On this player after 2 or 3 times to understand everything, and he will have to act automatically. From it only need to read the summary information that is affected by his choice.

Multiplayer game on a single screen.

I think the game is for 2 to 4 people on one screen, one of the most important features of the game. As a child I loved to play on the same computer with friends. In this mode, the battles unfold not only in game but also in life. It got to the point that we began to fight, if someone cheated or lost.

This atmosphere is impossible to recreate the game via the Internet.

I really want to make friends gathered and organized competitions.
Online play will be possible in next chapters.

How do you implement the game on 4 player. The screen will be divided into four parts.
If the game will play on Xbox or PS. It's simple. Additional joysticks, and you're in the game.
When you play on the keyboard, one player can play a combination of the WASD keys. The second IJKL. The third arrow control. Fourth keys 8456 on the Num Lock block.

With this game, a heated battle can not be avoided. I guarantee you that.

With that, I end this Chapter. Hope you like it. Leave a comment so I can improve the quality of the material. I'm just learning to make games and write articles about them.

In the following article you will learn the warrior. 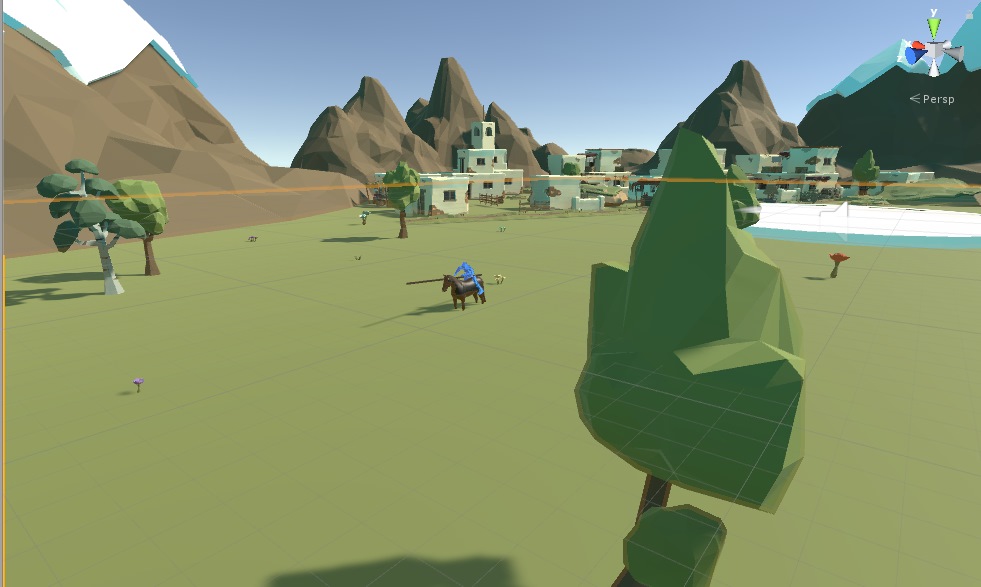 Vote for the game in Greenligth Steamcommunity.com