Post tutorial RSS The first game from zero to alpha. Write a history of the development of Horde Attack. Part 3.1

Development. Warriors. Today I will tell You about the soldiers. Combat units that perform basic tasks in the game, capture cities and fight on the battlefield with the enemy. So the soldiers look at an alpha version of the game.

Today I will tell You about the soldiers. Combat units that perform basic tasks in the game, capture cities and fight on the battlefield with the enemy.
So the soldiers look at an alpha version of the game. 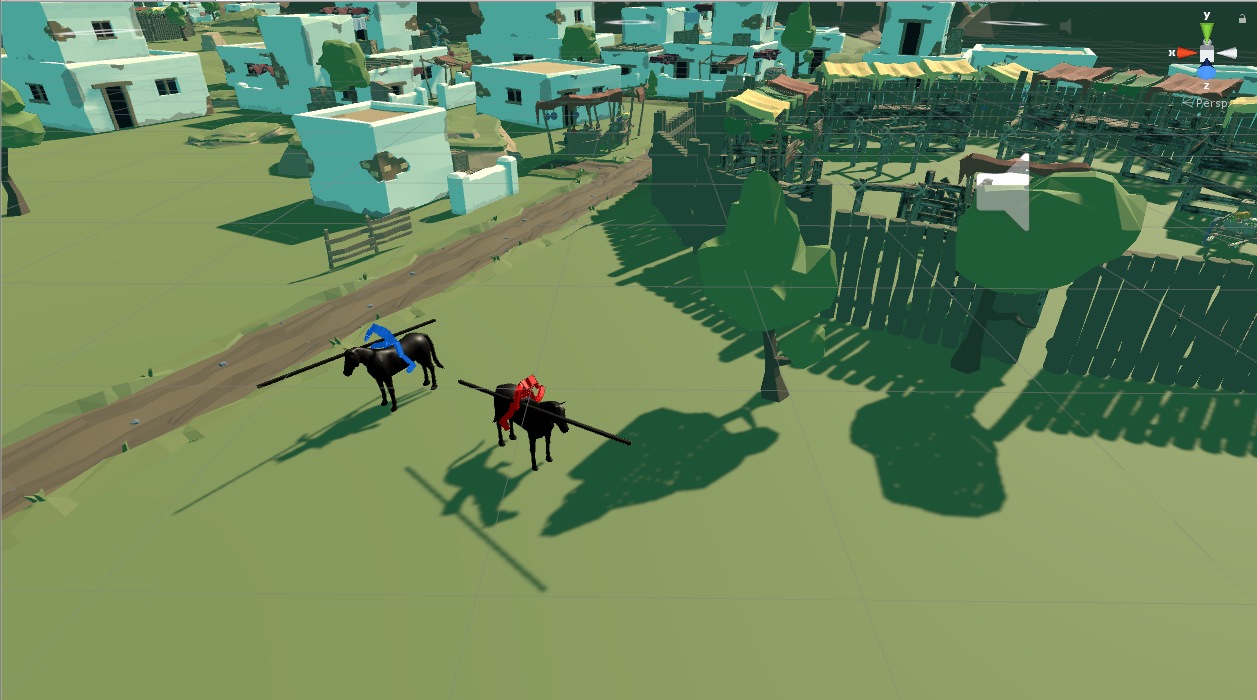 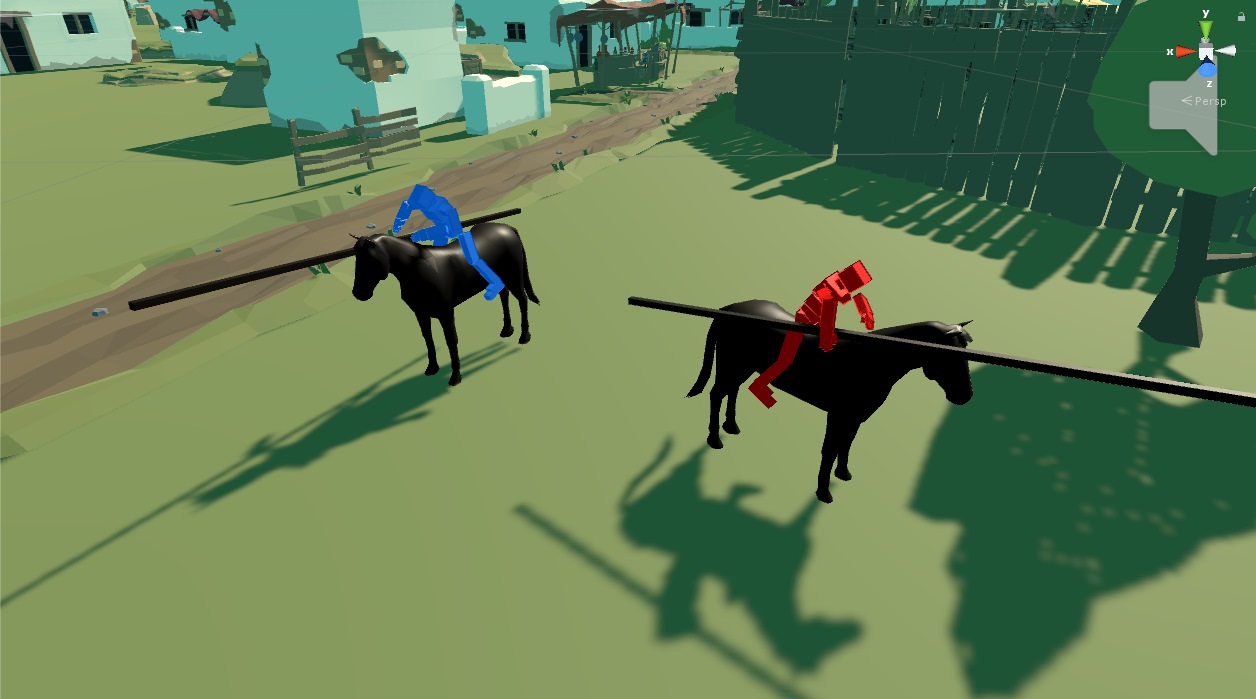 You are probably thinking why such a bad detail of soldiers. It is not an accident, and my laziness.
It is a deliberate decision that certainly requires revision. Before I started developing the game, I had a lot of preparation. A lot of time strolling through the Park, I pondered the details of the game, including warriors. Soldiers had to solve three very different and controversial issues.

You can watch this video. This is the updated alpha, which is not yet released in open access. There 8:50 shows clearly how the battle of the enemy force, consisting of more than 400 riders. And very noticeable braking in the game. Therefore, you need some serious optimization or powerful computer.

I had to abandon detailed warriors in the game. Note that this is not the final look of a warrior. And I want to improve the picture and keep high performance.

So the player sees the soldiers now in the game.Will agree, if I use high detail, the player almost without notice.
Now slightly depart from questions of detail. Everything should be in order.

Warriors, what should they be?

In order to understand everything that happens in the game, I need to tell you about my way of the warrior.
A warrior should look like. 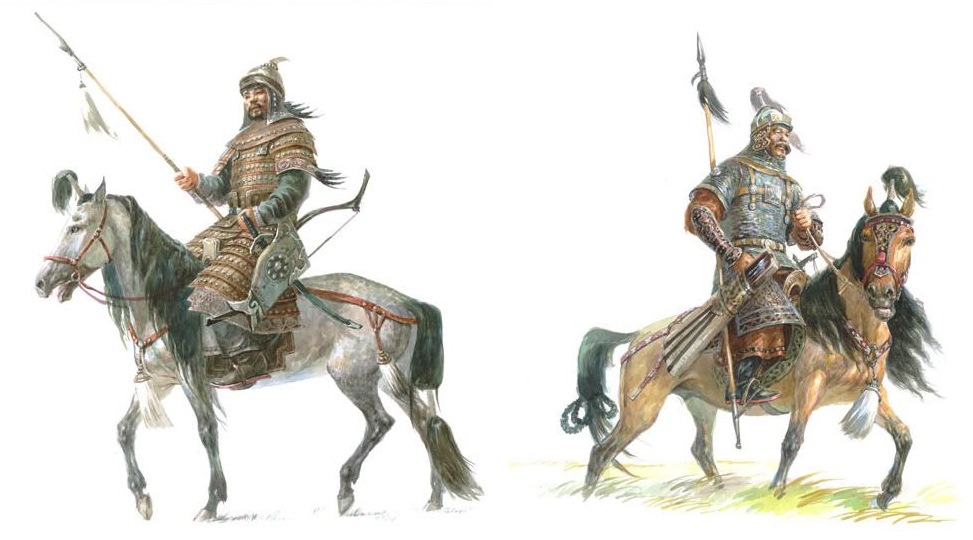 Why would your squad to fight?

When answering this question, we will get a clear understanding of why the warriors needed to own a horse, have light armor, have multiple types of weapons for battle at different distances.
In the era of the Mongol-Tatar yoke of the nomads can be divided into two groups. Let me forgive the historians.

The first type of nomads is a peaceful settlement, which traveled across the steppe, depending on the time of year, to ensure his flock feed. The steppes could not boast a great abundance of herbs. More likely they had a small number of warriors. To ensure the protection.

The second type of nomads, was due to attacks on settlements. They were engaged in looting, replenishment of supplies and soldiers in captured towns. Because of the constant movement, the soldiers are forced to be mobile. The horse they were not only transportation but also their home. They could not carry heavy armor, weapons and other items, because their horses tired quickly.

At the same time, their warrior was universal soldier. He could start the fight from long range using a bow and arrows, and then take a spear and to organize a powerful pressure on the enemy. When the battle moved into the melee, he took out his sword or dagger and quickly could destroy the enemy.

Why am I all that I tell.

In my game you will manage a small group or a giant Horde of versatile riders. Which can attack and defend.

In the current alpha version of the game, the warrior is a rider with a spear. Which attacks on cities and attacks the enemy in the field.

This is wrong. Soldiers must use the weapons depending on the task being performed.

In most strategy games where you build a squad of archers, swordsmen detachment and a squad of spears. Then attack the town where the good archers kill swordsmen, swordsmen kill spearmen, spearmen and horsemen. It's very simple. Each warrior has to his advantage.

But how to use it to a generic warrior. The simplest solution is to give the rider all kinds of weapons, and he simply chooses the weapon type battle.

Everyone knows what is the salary or award. Every warrior will get the reward (loot) for the battle and use it to improve your weapons. Of course you will be able to influence his choices, but not completely.
First, for award, we need money. Now in alpha version there is no money. I will soon finish their development. How to make money, and I will tell you in next articles. Can share the secret is trade, manufacturing, cities, battles and looting.

After the warriors receive a reward, the player might say: "In the near future I plan to capture the city and not engage in battles with the enemy." After what the warrior alone decides what weapons it needs to be armed, and how he has enough money. The more money you have, the more powerful it will have weapons and strong armor.

Suppose now that a warrior can die from being hit by 5 arrows. But if a player gives an order to buy a sturdy armor for the attack on the city. Warrior will buy it in the city and will receive + 2 armor against arrows or + 10 if this is expensive armor. (Numbers are an example. In the game it may change)
How am I going to implement it. Will tell in future articles and show in the new video reviews.
I will finish this part of the article, the following will talk about the technical development of soldiers for the alpha version.

I have something important to offer. Now my game won't have enough votes to pass it on Steam Greenlight. I ask you to vote for her. Talk about it to friends and colleagues. Steamcommunity.com

I plan to go to the "History Museum of Kazakhstan". It is located in the city of Almaty. There I want to collect material of the era of the Tatar-Mongol yoke for the game and make a lot of photos. In gratitude, I will provide an overview of everything that you see and tell you. I'll tell a few secrets about the game. 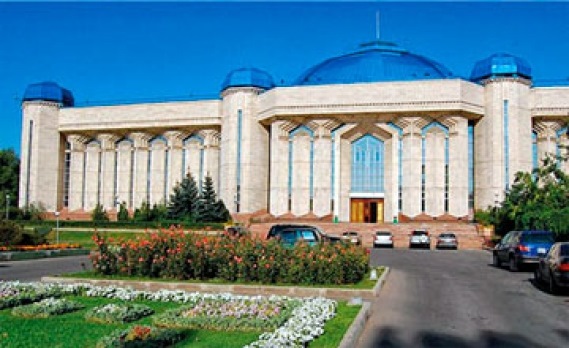 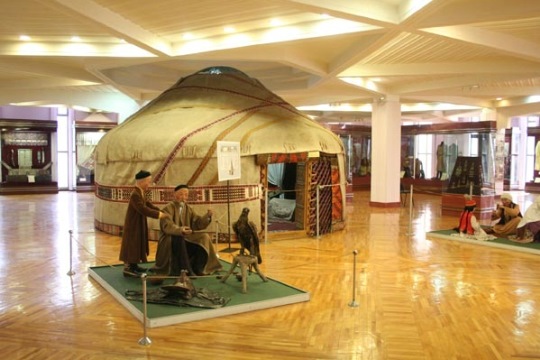 P.S. I do not want to finish the article asking them to vote on steam. But in reality to advance the game you want to spend a lot of money on advertising, or to distribute spam in all sites.
I have a great desire to do good content about the game to make original and interesting game. Waiting for your support.