An introduction to the core race types and a few of their variations in FUEL.

In FUEL there are three core race types; Point-to-Point, Checkpoint, and Circuit.

A Point-to-Point race is a race that only contains a start and a finish point, with no checkpoints in between. This sometimes may be referred to as a A-to-B race for short. 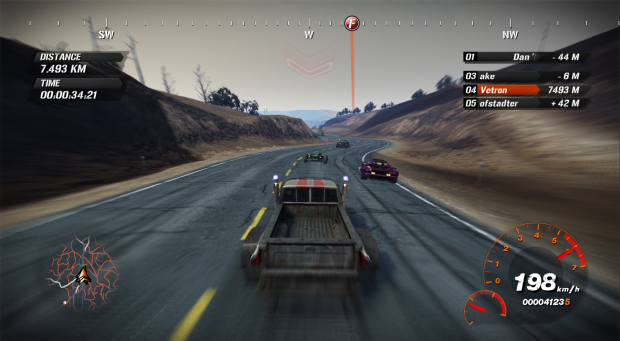 Because there are no laps or checkpoints, the only UI elements used in these races are the distance to the finish line.

The following code defines a Point-to-Point race. NOTE: The text strings included within the base game are not always correct and may need to be changed.

Raid races are checkpoint races that have generally checkpoints spaced further apart so the route the racers take is less restricted. This name is often used in either a capacity that isn't accurate or simply for the sake of it. A checkpoint race is a checkpoint race, different checkpoint spacings and the number of checkpoints is no way to constitute as a different race type - there are other variables to consider that often are not taken into account. In FUEL REFUELED and on this group forum you will find Raid races simply referred to as Checkpoint races. In the case of Endurance races; these could also be circuit races or point-to-point, the concept is a reference to a long race and nothing more. 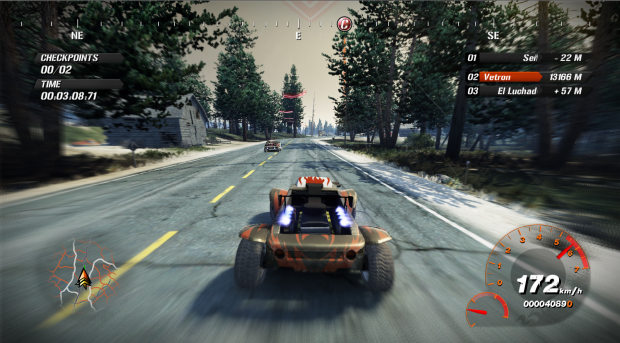 During this race type, the UI elements refer to the number of remaining checkpoints.

The following code defines a Checkpoint race. NOTE: The text strings included within the base game are not always correct and may need to be changed. 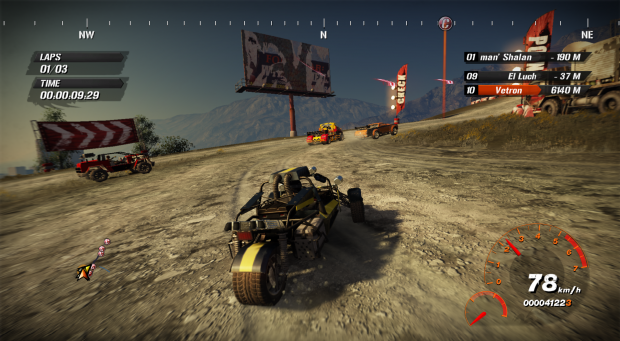 During this race type, the UI elements typically refer to the number of laps remaining. In some variations the number of checkpoints maybe included instead (When a track is only using one lap etc.).

The following code defines a Circuit race. NOTE: The text strings included within the base game are not always correct and may need to be changed.

In this variation an overall time limit to complete the race has been added. The base game refers to these events as Checkpoint Runs and Timed Runs. But In reality a better naming scheme is to have Timed Checkpoint, Timed Point-to-Point or Timed Circuit.

In this variation the racer starts off with a very short amount of time to complete the race, yet gains extra time as they pass through checkpoints. This doesn't work on a Point-to-Point race as there are no checkpoints!

In this variation the racer competes against many other players, and the last player to pass through a checkpoint is eliminated. You will require the same number of racers as you have checkpoints for this to work.

This is a single-player only race where there is one AI opponent that is replaced with a chopper. It doesn't matter what race type you use, but don't make it too complicated for the player or the chopper as you will find it won't work!

This is a single-player only race where there is one or more AI opponents that the player must catch. You can use any race type you want, but make sure you have an adequate amount of track.
Post a comment
Sign in or join with: