Object Swapping in FFE and how it was all done from my learnings:

Texture first..
In the file containing the texture you want to import into your ultra WHM....

if you select the SSHR as you can see by the texture address on the right side of the screen,

Open the new file you want to import the image into. :P 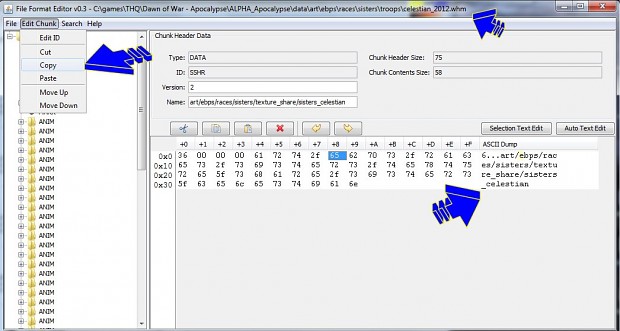 Here we are in File format editor...

Into the whm you want to add the texture too.

The move up SSHR, until it is in the same location as the other textures, 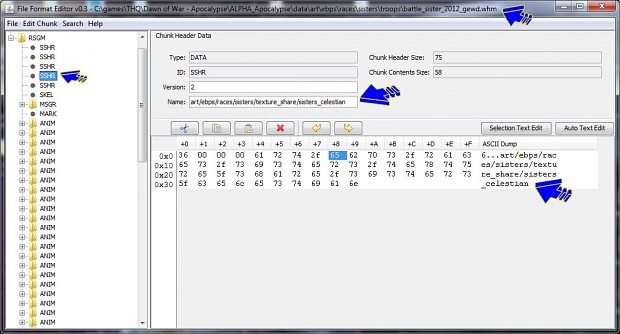 I bet you enjoyed trying that, :P

Now to the objects... MSGR/MSLC

Swapping objects into A whm with file format editor.

Open the whm you want to get teh object from.

then it is onto the file you want to put the object in. :) 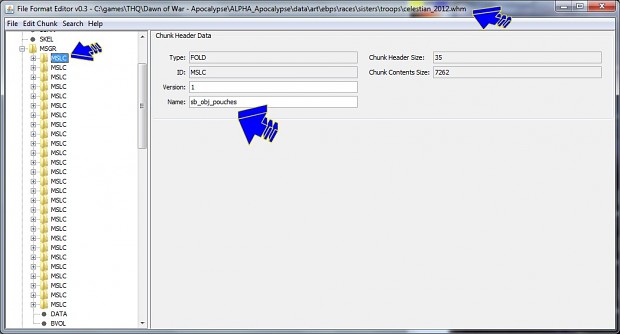 in your super model file whm...

after opening your super model whm in file format editor. 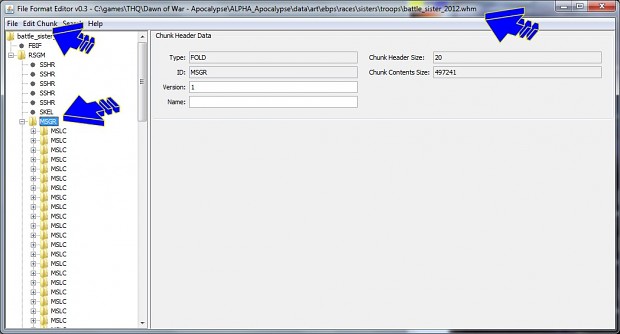 Once the object is pasted into the MSGR you should see the MSLC and move it up into the list of object MSLC.... 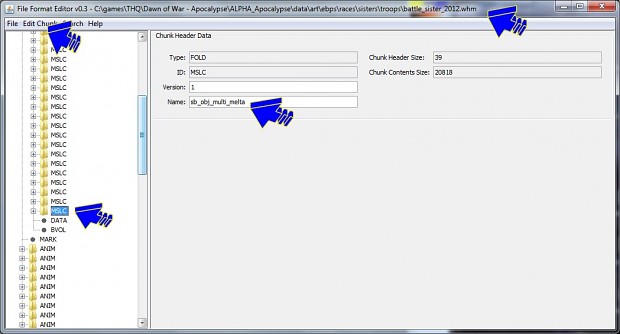 edit chunk holds the Move up...

edit chunk
cut chunk of the old MSLC you don't want in the WHM.

Save and bail and you should have the replacement part in there.
Also this file should now be able to be converted into SGM through mudflaps to change the fx in OE for the model. :P

Bingo boyz... you got it figured out now. :P

I on the other hand am trying to go further. :) 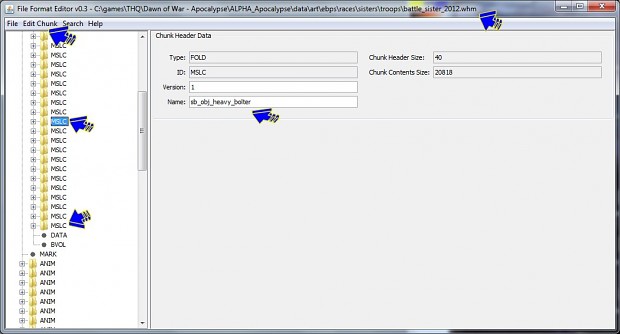 Link:
Forums.relicnews.com(FFE)-Pictures
Enjoy. :)
Bone Synchronization:
After adding an object in

Both objects open are the objects I imported and the one I want to replace. :) 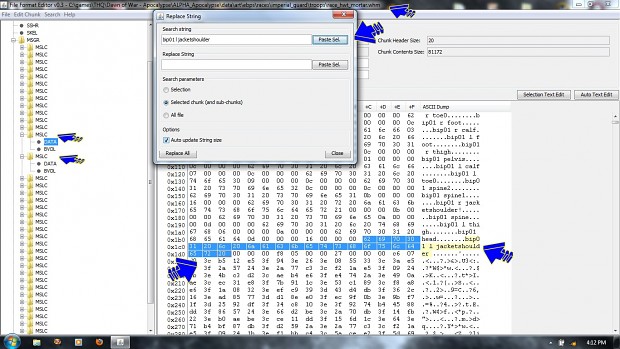 * Into the SKEL to find the Bone in the same location. :)
* select the text using the hex area of the window.
* Paste Sel. in the bottom replace window. :)
* then back to the object we imported. 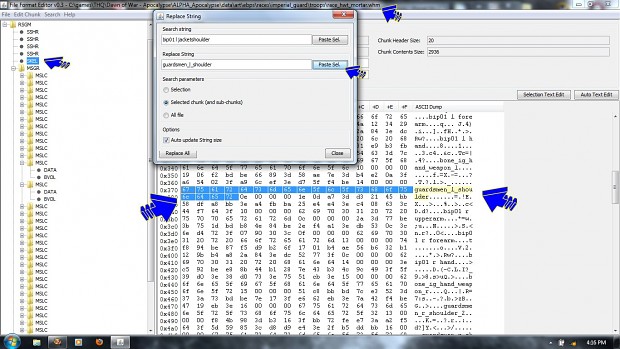 * Back in the MSGR/MSLC-data of the object with Paste and move up...
* Make sure you replace for this chunk & subchunks...
* Replace...
* As you will notice down the bottom it replaced the text.

If you synchronize all bones the new object imported will stop giving you Pink Bawkses. 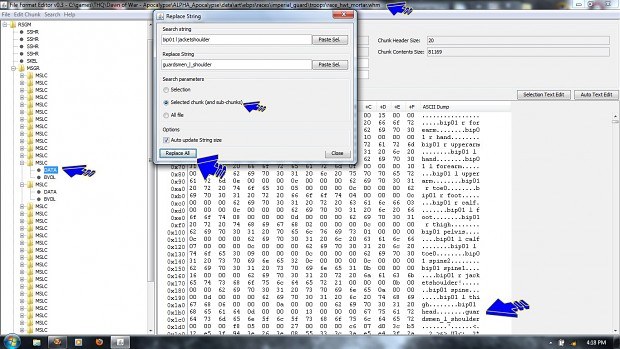 * Get a pen and paper and write down what ones you have replaced, even go as far as preplanning and listing both sets of bones and what replaces what. :P

Persistence pays off. :)
dissapearing Objects in FFE:
'ere we go....

MSGR/MSLC are the objects in the model.

If you select a MSLC you will see a name window.
in the name window, place Blank_ in front of the name. 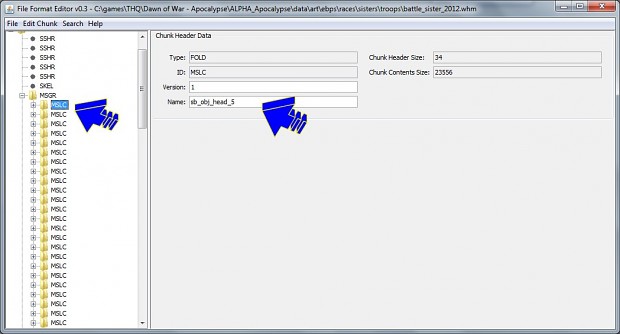 In the MSGR-data...
you can drag across the hex for the characters of the text.... Fastest way. :)

then it is a replace. :P 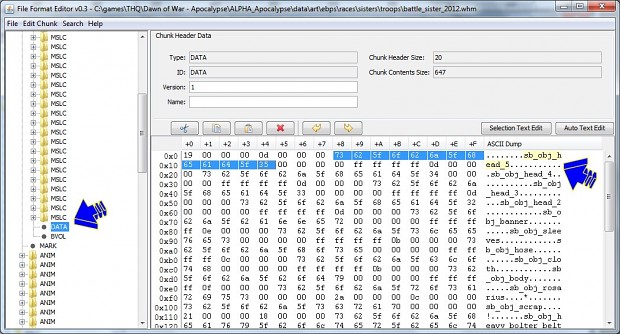 In the replace window.... 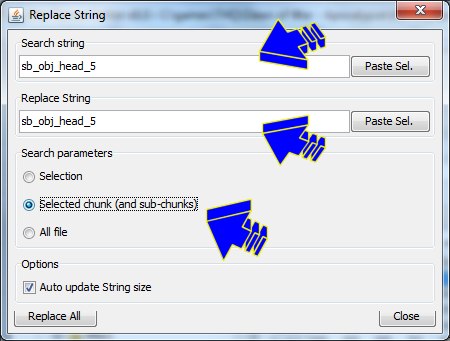 save and bail. :P

you should have parts missing. :P