HOW TO COSTUMIZE A 'MECH AND ASSEMBLY A PERFECT LANCE Actually i'm recreating the tactical guide for mechcommander beginners and players. Since NoGutsNoGalaxy.net is lost - the only copy of information seems to be the one on my personal backup. I upload the information with some cosmetical redesign here on ModDB. This is Part VIII of the MechCommander/MC Beginner's Tactical Guide:

How to customize a 'Mech and 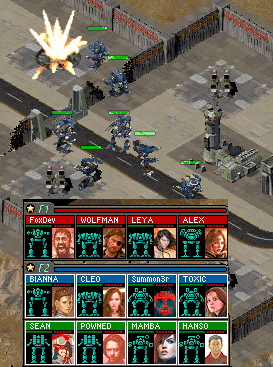 Long title, isn't it? This section will describe how to costumize your 'Mechs and assembly a balanced Lance. A Lance is composed of 4 'Mechs, and 3 Lances form a Company. Each Lance should contain two all-around 'Mechs and one long-range and one short-range fighters, though you can form specialized Lances according to the mission profiles. If you are going to command an entire Company, it is better to group 'Mech by weapon ranges: this will allow you to use 'Mech more efficently: think if half your lance is firing LRMs while the other half is going to engage the selected target with their Heavy ACs, and
this target is protected by 'Mechs, vehicles, turrets, and they are activated by your approaching 'Mechs.

'Mechs suited for long-range fightings should use as their main weapons ER Lasers and ER PPCs, with Gauss Rifles as secondary/back up weapon; this will free you of ammo problem, while keeping damage values at high levels. Do not forget to include LRM Racks for indirect fire, and be sure that more than
one 'Mech has them: by countinously firing only the LRM Racks of a single 'Mech will deplete ammo in seconds. Medium and short range weapons should be included, Lasers and other energy weapons in primis, especially when the primary weapon is a Gauss Rifle or LRM Racks. Fire support 'mechs should be medium and light 'Mechs, where the balance of speed and payload can turn them into highly effective fast-moving boats. Heavy and Assault 'Mechs can be fitted for this role, though it is better to balance weapons.

On the other side short-range brawlers should use at least one Heavy AC. This weapon has little ammo bins, so be sure to backup them with large amounts of medium and short range weapons. Including few LRM Racks isn't a bad idea.
Heavy and Assault 'Mechs are the best for this role, where it large payload capacity allows them to mount several backup weapon systems.
All-around 'Mechs will be the backbone of every Lance, as they are able to inflict damage at every range with no or very few loss of effectivness. An other job where Heavy and Assault 'Mechs excels.

A balanced 'Mech should include two main long-range weapons, usually ER Lasers or PPCs, and other weapons capable of medium and short range combats, and this time you can use all weapons: a deadly combinations is two Clan ER PPCs and one Clan Heavy Ultra AC, backed by Pulse Lasers and few LRM Racks, for indirect fire capability. An other combination, though very diffuclt to obatin, is composed of 4 Clan ER PPCs, 4 Clan Pulse Laser and a Clan Advanced Sensor Suite. Use a Masakari W for this configuration, and permanently assign to this 'Mech your MechWarrior with the highest Gunnery Skill.

Try to mount at least one Clan Advanced Suite on one of your Assault/Heavy 'Mechs, this will allow ou to spot hidden at long rangs without the need of specialized EW light 'Mechs like the Raven.
If you can spare enough tons on the Battalion Transport, fit an Uller or a Cougar with Clan ECM and Active Probe suites, though this won't be striclty needed. 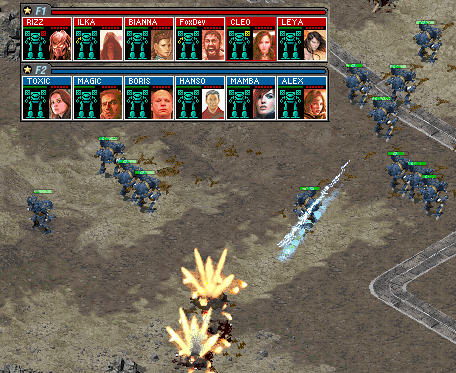 Now it's time to form your Lance. If you do not know what are you going to face, use two 'Mechs with all-around weapons, one light for scouting duites on one heavy/assault for some serious firepower. The other two 'Mechs will be specialized in long and short range fightings. You can form a Lance with four all-around 'mechs, though this will make difficult to escape from certain situations. It is also possible to form a Lance of three long range and one short range fighters or a whole fire-support Lance, but you must use energy weapons, and use concentrated fire on legs to cripple 'Mechs before kill them.
Companies are formed of 3 Lances, but you can go behiond the simple addition of Lances: first, group 'mechs with equal range profiles in Lances. My usual Company is composed of 8 long-range fighters and 4 all-raound 'Mechs: with this configuration you should be able to reduce any 'Mech to scraps in few seconds; I suggest to include one or two Heavy ACs in the all-around 'Mechs' weaponry to quickly dispatch anyone so lucky to survive to your barrage.
Companies of short-range 'Mechs aren't effective, as all 'Mechs you'll encounter will carry long-range weapons; your 'Mechs will be badly damaged before entering within range.

Last minute note: after salvaging a Masakari W, I removed all weapons it had and substituted them with 1 LRM Rack, 4 ER PPCs, 4 Pulse Lasers and an Extended Sensor Suite (all Clan equipment). During a mission this 'Mech killed an Atlas A with a single PPC salvo, and then turned on other 'Mechs with LRMs first and then Pulse Lasers. Though you won't have access to so many Clan PPCs (well, if you salvage the whole 'Mech through a direct head hit...) to costumize all Masakaris you'll salvage in this way, be sure to use only Clan weapons on the Masakari.