MechCommander - PC Game reviews Actually i'm recreating the tactical guide for mechcommander beginners and players. Since NoGutsNoGalaxy.net is lost - the only copy of information seems to be the one on my personal backup. I upload the information with some cosmetical redesign here on ModDB. This is Part III of the MechCommander/MC Beginner's Tactical Guide: 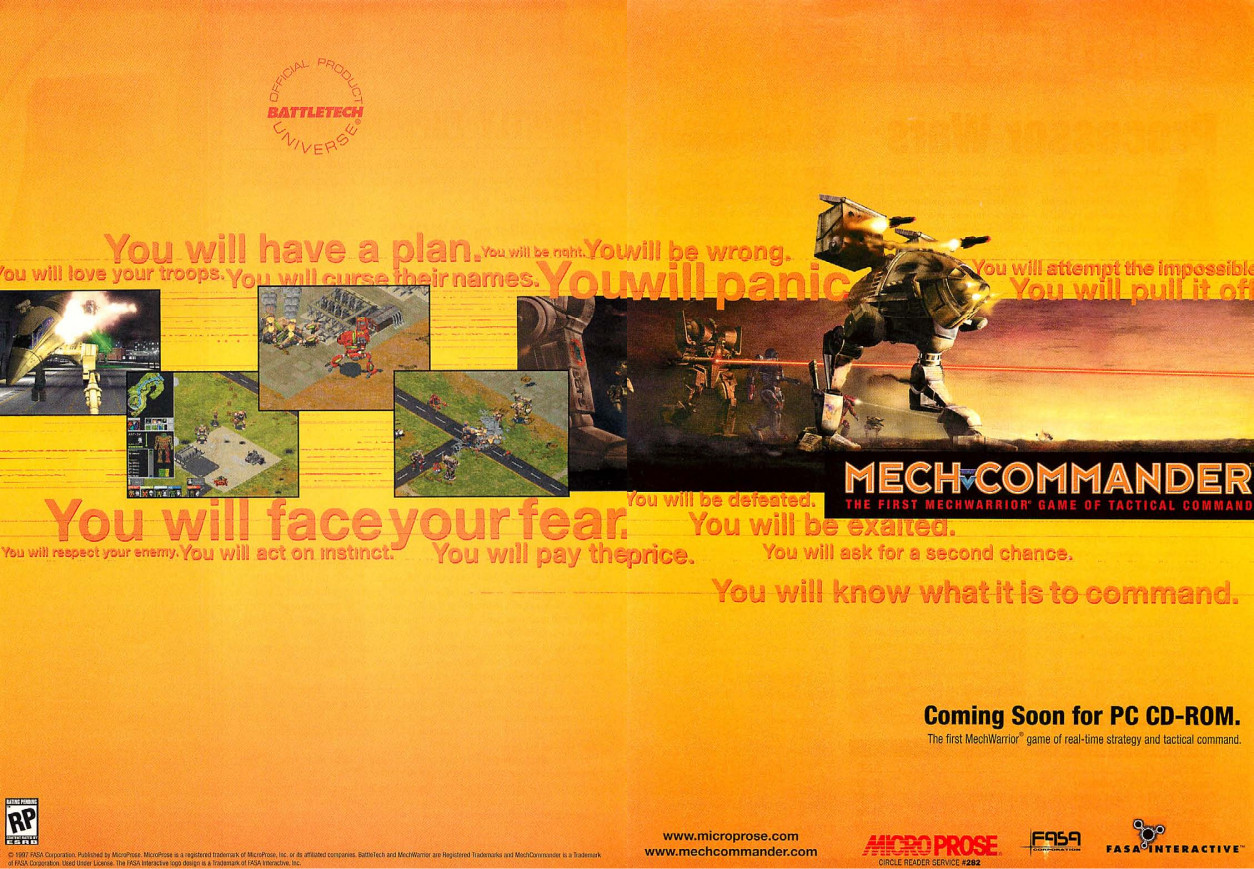 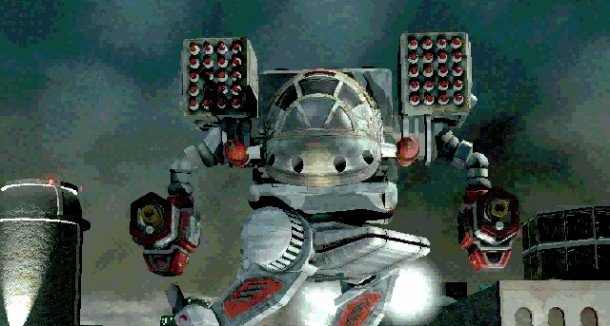 Time to roll the dice. I'm replaying the third mission of MechCommander, a few giant robot steps away from a big moment: my first run-in with a MadCat - Heavy Battlemech. If I play things right, I can bag it. One problem: I'm totally outmatched. My four-man rookie squad is piloting very light mechs (Commandos and Firestarters); essentially, I'm about to send a gaggle of Geo Metros against a Ferrari.

The MadCat's iconic frame emerges from the fog of war, its egg-shaped cockpit perched atop raptor legs, shouldering twin blocks of long-range missile racks. I've got to make a call: do I sprint to the extraction point and attempt to complete the mission without a fight? Do I use the nuclear option and zap the rows of gas tanks near the MadCat for a sure kill—but with no chance of salvaging it? Or do I fight it head-on, and maybe — if I range correctly, kite it away from my damaged scout mech, and find enough finesse — knock the beast down without killing it, adding it to my squad and taking it into mission four as a playable prize? 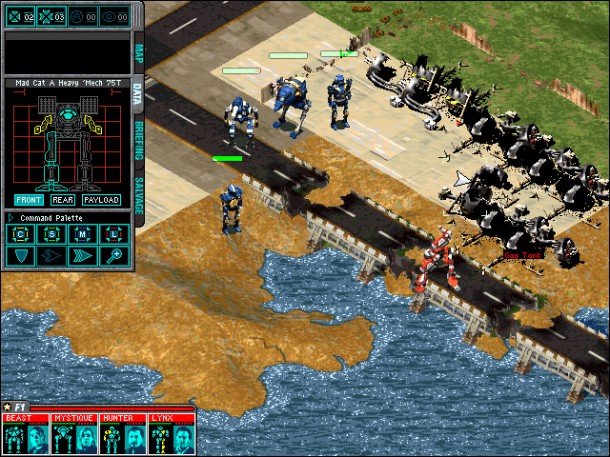 MechCommander is magic — for me, it's the purest expression of everything anyone ever loved (having a garage filled with multi-story death robots and lasers) about FASA Interactive's more-famous versions of the series, MechWarrior, but packaged in a way that holds up better today than the decade-old iterations of its first-person brother.
You're a commander for an Inner Sphere force (BattleTech's good-guy rebellion), sent to win territory from the Clans so that the IS can establish a foothold on the verdant planet Port Arthur. Through escort, search-and-destroy and scouting missions, you field a team of up to 12 BattleMechs, fostering pilots and equipment like precious action figures that run out of ammo, need to be repaired and can suffer permanent death. That ownership over your Mechs and pilots is at the core of the experience—taking a cue from Wing Commander, each pilot has a personality: an uncomfortably '90s callsign (“Paingod,” “Firestorm,” “Hitman”), unique voice and a charmingly low-res video that'd pop up whenever they spot an enemy.
True to the BattleTech name, at least a third of your time might be spent customizing. Tuning a medium-range, energy weapons - only Thor or piecing together a dual heavy-autocannon-wielding Atlas for short-range destruc-tion is a gratifying lull between battles. And though they were extremely fragile, the addition of single-use vehicles—including scout trucks, repair vehicles, missile tanks and minelayers—augmented your arsenal in a way that allowed for creative tactics, such as using a jumpjet-equipped Raven to sneak into a base and steal control of an enemy's turret control systems, then mining the doorstep. 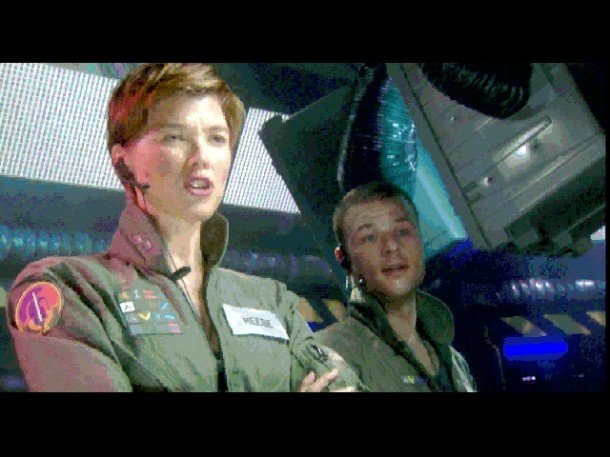 Really, it's MC's salvage mechanic that drives everything important: every kill is an opportunity to add spare parts or a whole new walking tank to your inventory. The feeling of popping a mech, the sound of air being flushed and a five-pixel escape pod streaking up the screen, immediately keys loot lust— what'd I get ? Bringing home a salvaged chassis, PPC or LRM was instant cause to min-max and reallocate.
FASA did limit the complexity of what you could customize—heat is simplified (weapons fire on a cooldown timer) and you don't allocate heatsinks. And the game determines where weapons reside on your mech, not you. But the modular nature of mechs is meaningful where it counts: combat. Robot fights are wonderfully animated: a Vulture with a busted leg limps; missiling the arm off a Masakari removes its deadly PPCs; critical hits knock mechs flat on their back. And when you're on the receiving end of attacks, you find yourself in these “hangman” situations: if you lose the arm that held your prized autocannon, you'll have to rely on your remaining lasers or SRMs to finish the mission.
Warhammer 40,000: Dawn of War II was been lauded for applying loot and character progression to a real-time tactics template, but MechCommander laid a lot of the groundwork for that design almost a decade earlier. The game's 2.5D isometric visuals hold up better than any tactical game of the era, it ambitiously includes multiplayer for two to six players over Mplayer or LAN, and its expansion, Mech-Commander Gold, included an editor for creating standalone missions (or in my case: insane 10 Atlas vs. 10 MadCat battle royales). 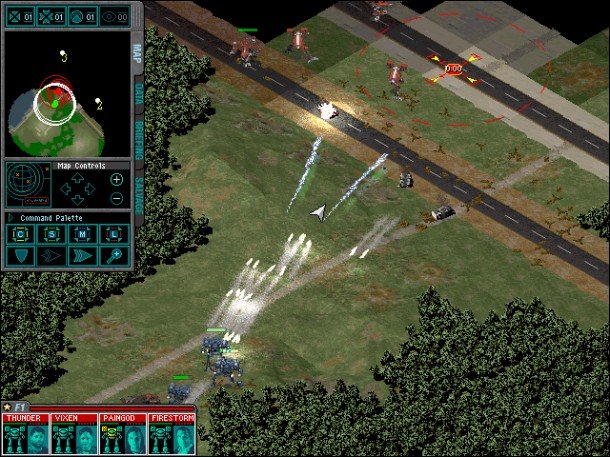 MechCommander was my X-COM; it meaningfully splits your role as a player—you had to be an engineer and a tactican—oscillating between management and combat, returning to missions that you couldn't beat with creative loadouts. Atop all this, it's available for free after being released by Microsoft in 2006 (the source code for the less-charming MechCommander 2 is available for grabs directly from Microsoft, too). Even at 640x480 resolution, the steady accumulation of robot parts makes it worth returning to. 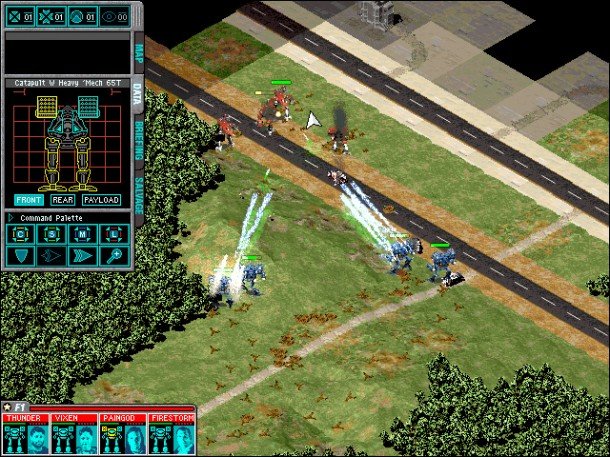 MechCommander is one of the best Mech games on PC!
By PC Gamer December 29, 2017 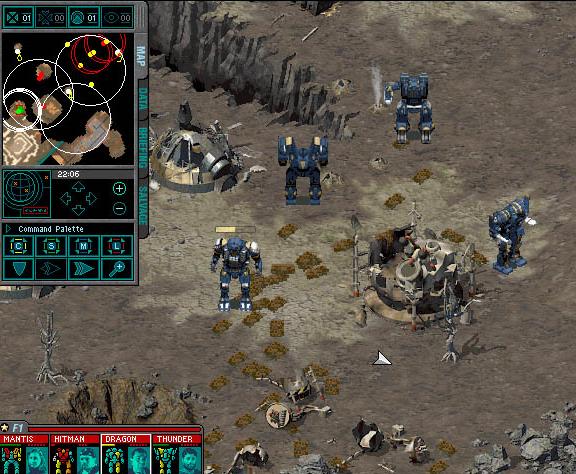 BattleTech is the fantasy of being a warrior-engineer. You trade missiles and lasers with other bipedal tanks, you win or lose, and then you head back to the drawing board to repair damage, refit weapons, reallocate armor, and rethink your all-PPC 80-tonner.

"I love the rhythm of the combat—the plentiful gaps as mechs take a breath to reload, rotate, or take aim."

MechCommander was the first game in the series to add 'tactician' to that job description, and it holds up remarkably well as a real-time tactics game. Over dozens of escort, search and destroy, and scouting missions, you command as many as three lances (12 mechs) at a time, waypointing them away from explosive fuel drums and out of the range of turrets as you duel with light, medium, heavy, and assault-class enemy mechs. I love the rhythm of the combat—the plentiful gaps as mechs take a breath to reload, rotate, or take aim. In those moments, you're anticipating an arm being blown off, or whether your Raven will dodge that Gauss cannon.
While MechCommander's progression system for pilots is limited by modern standards, mechwarriors can permanently die, have a set of individual voice lines (the death cry of Rooster, a clumsy yokel, is particularly haunting), and are charming enough. More fun is the battlefield work of trying to shave off just enough of that enemy Masakari or Thor so that you can salvage it, repair it, and bring it into your next battle.
MechCommander is abandonware—get MechCommander Gold, which includes a built-in level editor.

Watch this six-minute Windows 10 tutorial to get it running properly (use a pre-installed game folder instead of moving any CD-content - better technical preferences for stable retro gaming): 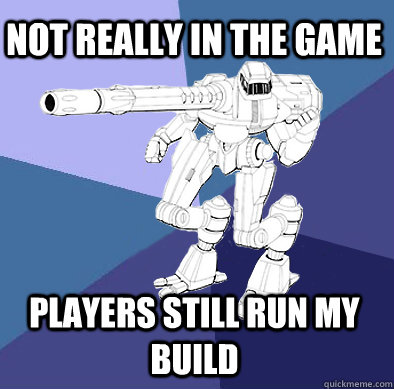 "Boot up the nostalgia machine, we're going in."

RetroWarrior - MechCommander Gold
If I had to pick any of the BattleTech licensed videogames, I’d pick this game any day of the week. I like the FPS sim format fine, but MechCommander has more of the feel of the table top game as well as a more fleshed-out storyline. It has to be because you’re not just getting the perspective from a single pilot or lance leader but a company-level ‘Tactical Operations Officer’.
...

Despite the game’s 2D visuals, you never really know it. The vehicles are so well done and the animations so fluid from perspective to perspective that the sense of depth is just perfect to me. Damage is visually apparent of course, ‘Mechs with destroyed arms have no arms, but the game took a liberty with the legs. ‘Mechs don’t lose their legs but can be crippled- forcing the unit to VERY slowly limp around. I’m not sure what it is but as much as I like the sequel, I honestly prefer the graphics in the original. I’d have to say if there’s any weaknesses in the graphics it’s in the scale of the humans and elementals: both of whom seem much smaller than the established canon of the ‘Mechs and other vehicles.
...

The thing that really brought me back to the game was the customization. Not just of the ‘Mechs; though as far as optimization goes, the Inner Sphere ‘Mechs are just as modular as the Clan omnis. But MechCommander Gold; which was a pack that combined the original and the expansion, also had a mission editor. It took some tinkering to learn, but was otherwise a fully functional program for building maps and custom missions. You could also allocate how many resource points you wanted to give for purchasing ‘Mechs and parts, the mission text, etc. It’s almost a more graphically intensive version of Megamek; albeit one that doesn’t run on the standard BattleTech rules.
In fact this is so popular that there are manuals for producing not only custom missions, but full on campaigns. These can be encapsulated in strings of missions where your pilots earn experience, the company earns resource points. In other words, complete non-canon expansion packs. Here are a few custom campaigns if you’re interested.