General Weapon Tips Actually i'm recreating the tactical guide for mechcommander beginners and players. Since NoGutsNoGalaxy.net is lost - the only copy of information seems to be the one on my personal backup. I upload the information with some cosmetical redesign here on ModDB. This is Part XIV of the MechCommander/MC Beginner's Tactical Guide: 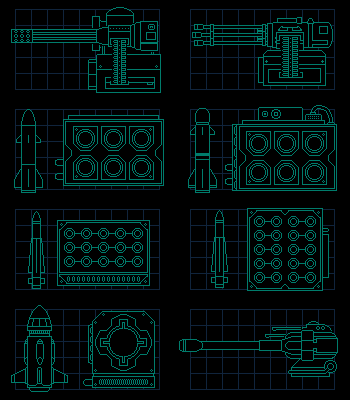 What weapons are better or worse depends partly on style and partly on what kind of situation you'll be in. Lots of walls and forests means missiles. Wide open spaces means long range weapons like Large ER Lasers and AutoCannons. Multiple small enemies? Pulse Lasers and other energy weapons. Access to repair bays allows for heavy hitter Gauss Rifles and Hvy AutoCannons to come to the fold.

Only play experience can tell you exactly what will occur in battle, but if you have an idea of what you can expect to face, loading up appropriate weapons might be the only way you can win (or in worse cases, survive).

After some playing time, you will be able to identify enemy units quickly and know what they're carrying. The computer does not have specially modified units, so if you see a Hunchback, it *always* has a Hvy AC. As you become more accustomed to the strengths and weaknesses of each weapon, the vehicles and mechs they come equipped on will be better analyzed as threats.

Recycle time does not guarantee when a weapon will fire again, only that is *prepared* to fire again. Ammo loss, your target moving out of range, losing line of sight of the enemy, (along with other events) all will prevent your weapons from firing again.

Streak SRMs are perfect for pilots with lower gunnery skills because these weapons do not rely on the gunnery skill to ensure it will hit. I call them the 'push button for damage' weapon.

Good weapons are made better when good pilots are in control of them. You always want your rookie pilots to get better at shooting, but placing them behind a mech armed with a hvy AC on their first mission is probably a bad idea. Place the rookies instead behind weapons that dont have ammo problems and leave the heavy hitting weapons to the pros.

Taking on extra enemy mechs (in order to salvage their weapons) can be good, but even a C/ ER PPC is not worth losing a good pilot over. When I say 'losing' I mean dying. A pilot ejecting might have to sit out a mission or two, but death is permanent. Rare clan weapons are great for your forces, but veteran and elite pilots are hands down the most valuable resource you own. Never sacrifice them over mechs or weapons.

There is no 'ideal' or 'perfect' weapon layout. Having a strong balance of close and long range firepower might work for general situations, but at least a quarter of the game has environments and enemies that demand you adhere to a specific set of weapons to succeed. Strictly sticking to a 'perfect' configuration will only prevent you from fighting to your full potential. This leads to extra damage being sustained, as well as possible losses and in some situations, failure.

You can demand your pilots to target specific parts of a mech's body, but this leads to nearly 90% missed shots (more if you demand head shots). Its not worthwhile for your guys to target individual parts, so the saying "Just because you can, doesn't mean you should" is in effect here.

Some weapons (both IS and Clan) are rarer than others, simply because the game will only present you the opportunity to own a limited number of them. Weapons like C/ Lg Pulse Laser, C/ ER PPC, C/ Hvy Ultra AC are true prizes and should be placed only on well armored mechs piloted by good mechwarriors. It goes without saying that even if battalion paid full price for the weapon, you should never sell them.

The Bang for Buck ratings give you a good idea of what is more valuable to salvage. SRMs have nearly 30 RPs per power, making them nearly useless as a prize. The C/ ER PPC has the highest value of all: proving it is the highest and most valuable of all salvage, aside from a mech chassis.

Selling weapons usually results in a lower than desired amount of RP return, and usually a weapon is either too inexpensive to get a worthwhile sell price, or it's a good weapon and you shouldn't be selling it. Thus, unless you have a TON of a weapon (I’m talking in the 70s-80s range), you should probably refrain from selling weapons at all. The only reason to sell when you get into the upper 70s is because the game will only let you own 99 of any given component.

You should never sell some of the rarer Clan and Inner Sphere weapons. Never. I can't stress this enough. You will not get them back.

Inner Sphere Light ACs (not the ultra autocannon version, just the regular light AC) are an exception to the above rule. They are more or less worthless, and should not be equipped on your mechs. You will probably get the most out of them, sadly, by selling them ASAP. 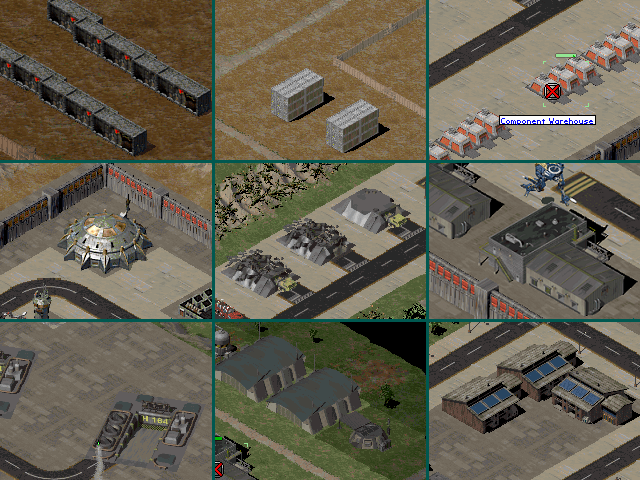 Unless you keep an eye out for salvage containers and get lucky with salvaging units, battillion will be your source for mechs and weapons. You should generally plan on using exclusively Inner Sphere techology and mechs and incorporate Clan tech if you manage to get it.