A complete guide of how to enjoy Jaden Inc and the Jaden Inc-Beta!

JADEN INC - A COMPLETE GUIDE TO THE GAME

Hello everyone and welcome to the Jaden Inc Game Guide! In this document you can find just about everything you could need to know about how to play Jaden Inc. Keep in mind that the game is currently only in Beta and you may experience some bugs or issues, however please let us know if any problems arise that are detrimental to your gameplay experience, or even any additions to the game you thing would enhance the fun; Here at Abominable we aim to create games that people want to enjoy!

So WTF Is Jaden Inc?

Set in a solar system not too far from out own, a war is raging on. This war is a deadly battle for control of the three planets orbiting the sun of this system; Flora, A lush jungle planet overflowing with natural oils buried just below the surface; Druid, A blistering desert world a core made entirely of powerful energy-emitting crystals; and Forge, a giant iron weapons factory with a surface of frosted stone. Each of these planets contains a priceless resource, and both the Black-Forge and White Redeemers, two factions of clones, want control over them.

Take control of one of either faction's Jetpack Assault Marines and prepare to go head to head against either the Black Forge or White Redeemers in a fast-paced arcade-style multiplayer team deathmatch arena shooter!

How Do I Play?

As a multiplayer First Person Shooter, the game controls very much the same to every other FPS with some minor adjustments to accommodate for some of our more unique features.

The game also has full controller support outside of the main menu, and plays quite well with it too. In fact most of the final stages of development were played using a controller! 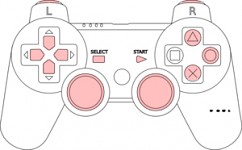 Jaden Inc features some of the wildest weapons ever implemented into an indie game, with more to come in the final release. For now we can boast an arsenal of 4 unique weapons, each with their own uses and strengths! 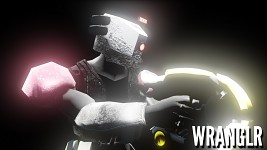 The Wranglr is the most basic weapon in the game. Medium rate of fire and a rechargeable 10-charge magazine. It doesn't deal particularly large amounts of damage, so it should only be used if you have no other options. 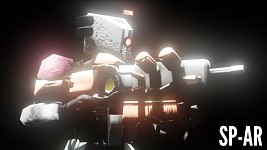 The SP-AR is any Jetpack Assault Marine's best friend. With a high rate of fire and a respectable damage output, the SP-AR can be a deadly accomplice. Mind you watch the ammo readout however, as although it is unlikley, in the event you run out of firepower the only way to replenish is by picking some up off your fallen comrades and foes! 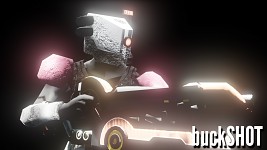 Got that point you need to defend? Want to stop your enemies from picking up that powerup or weapon? Never fear, the buckSHOT is here! Getting it's name from the way it bucks it's targets into the air, the buckSHOT has outstanding radial force capable of rocketing players across the map. If used properly it can also be used to rocket jump to unreal heights! The buckSHOT is not without flaws though, and it's painfully slow cool-down stops you from firing for about a second. Also while not quite as detrimental (Since Fall Damage is a thing) The actual damage applied by the radial blast is very weak, so be sure to use it for crowd control only! 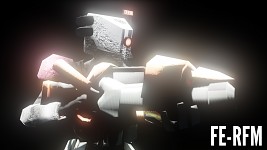 Here she is, the mother of all power-houses! The FE-RFM (or FE for short) takes it's name from the attitude it has on life. F*ck Everything! The first weapon implemented into the game over a year ago and the one that started it all, the FE is a monster of a gun. Capable of rapid-firing rockets at a speed parred only by the SP-AR, the FE can unleash a raining fury if death and destruction upon anyone the wielder merely dislikes, which in return may unleash a rain of blood and giblets upon the user!

Cores in Jaden Inc are a little like Perks in many other games such as Call of Duty. They provide a set of bonuses and detriments to the player for a short period of time, however they take time to recharge so you'll have to think wisely of when to use them! Cores can be acquired by walking over the glowing core pickup pads, with the glowing symbol and colour indicating the core you will collect. You can only hold one at a time, so choose wisely! Once initiated a core cannot be stopped until the charge is depleted and you will be unable to use your Jetpack while they are in use. There are three cores in the Beta and while no more are planned we are certainly open to ideas if anyone has any! 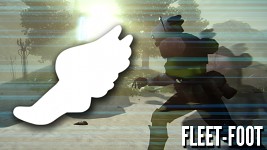 The Fleet-Foot Core (More colloquially known as the "Speed" Core) allows the user to run at speeds more than doubler their regular run speed with almost no drawbacks, making it ideal to speed into combat or retreat to heal up; it's up to you to decide which you'd rather save your charge for. It should also be noted that while in use players will also be able to jump much higher than normal, almost making the lack of a Jetpack a meaningless debuff. You'll wish you still had it when to feel the ground rushing towards you though! 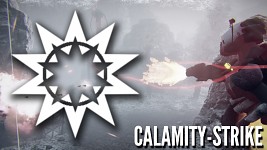 The Calamity-Strike Core turns even the feeblest hits into monstrous blasts, so much so that the Wranglr will instakill under it's effects. Unlike the other two cores it's uses are much more limited, but it is no way the weaker link! 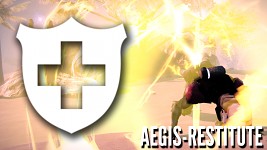 The Aegis-Restitute Core transforms the user into a tanky powerhouse. Under it's effects, the user is unable to take damage from any hit! The user will also regenerate health at a slow rate, restoring about 25% in total. It also comes with the added bonus of being unable to be knocked back by the buckSHOT or take fall damage! So what's the trade off? Your movements become slow and sluggish, meaning that this core should only be used when you need the defences in a final stand!

Multiplayer in Jaden Inc may seem complicated to set up, but in no time you will be blowing your best friends to smithereens! You will need Steam and Hamachi to be able to play online at this time, however we're hoping to streamline our process more in the final release.
Hosting a Game
Step 1: ensure that you have the Unreal ports forwarded (The default port we use is 7777 however it's a good idea to forward them all). You can find numerous tutorials on how to do this with your good friend, Google!
Step 2: Log into Steam and create a Network on Hamachi. Send the details of your Network to the other players so that they may join to.
Step 3: Launch Jaden Inc and select a map from the Host Gane menu. This should automatically host a server on your Hamachi network!
Joining a Game
Step 1: After connecting to your host's Hamachi network Launch Jaden Inc.
Step 2: Press the tilde key (~) to bring up the console.
Step 3: Type "open " (including the space) followed by your host's local ip address, which can be found by right clicking on their username in Hamachi and clicking "Copy IPv4 Address". An example of what this might look like could be "open 00.11.222.333". You may have to wait a few seconds before your game should automatically begin loading the map!
Note: You will not have to set up Hamachi if you are connecting with players over a LAN network, though it is untested whether or not you require access to Steam.

That pretty much wraps everything up! We will update this page on information about maps and other features in the future, but for now this should be enough to get everyone into the game with a general understanding of what to do! Good luck on the front line and happy fragging!
Love, Abominable <3