Post tutorial RSS I am overburdened, nobody make a sound!

This post is going to be more like a tutorial, than a journal entry. I highly recommend checking out the video version, as it is heavily audio oriented + it contains some recent game-play footage ;) .

This post is going to be more like a tutorial, than a journal entry. I highly recommend checking out the video version, as it is heavily audio oriented + it contains some recent game-play footage ;) .

I missed out creating an entry last week. I juggled between projects and tasks a lot, which led to me feeling a bit weary + no significant progress was visible on any front due to working just a tiny little on many aspects, so I decided to postpone it a little. Nevertheless, I've spent the last few days on finalizing the audio and sounding of I am overburdened.

Chip tune or not?!

My two completed games used pixel graphics and as a natural fit they were armed with 8-bit style sound effects. This is a really economical approach since making matching effects with a tool like sfxr takes only a few hours tops. From the get-go I wanted to try something different for I am overburdened, both for personal development and because some pixel games with realistic sounds (Canabalt) made me want to experiment with this style. I'm even less qualified as a sound engineer than as an artist :D so take my words with a grain of salt! All my mumblings here are based solely on tutorials scattered around the INTERNETZ + some fiddling with tools...

I decided to record and process as many effects of the game as I can. Last week almost a day was spent clowning with common household items to create noises :) . If you are thinking about a similar approach, start by throwing together a DIY "recording studio" (sponge box). Even if you have a decent microphone it will help immensely with canceling noise and reverberation. Some sponge (check the boxes of your PC parts ;) ) or a curtain can do the job. Otherwise you may end up with really echoing results (noise can be helped with software!). 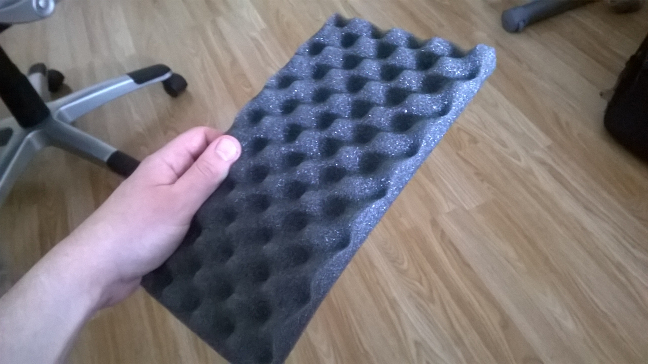 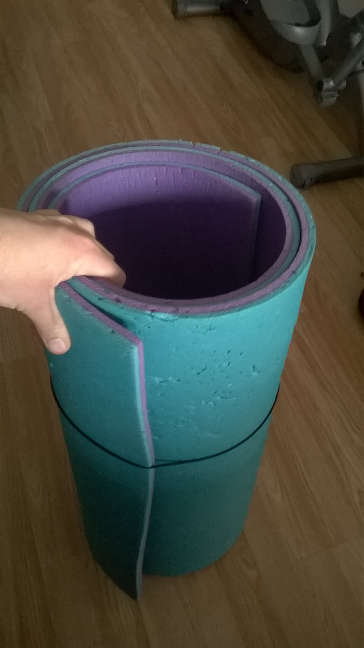 Audacity to the rescue

First things first, download Audacity. It's GIMP for sounds so to speak. Its interface is relatively straight forward (all what you would expect: select, copy, cut, paste, new track, the 'z' key ?! for clean cut selection etc...), but Youtube is filled with video tutorials (even with advanced tips and tricks) if you get stuck.

The following is a good repertoire to familiarize yourself with from the "Effect" menu:

My approach, which helped me out learning the ins and outs of effects, is to change back sliders to default positions (0Db, 0% +/-0) and experiment a lot, gradually trying out various modifiers, to see how something affects a sound. 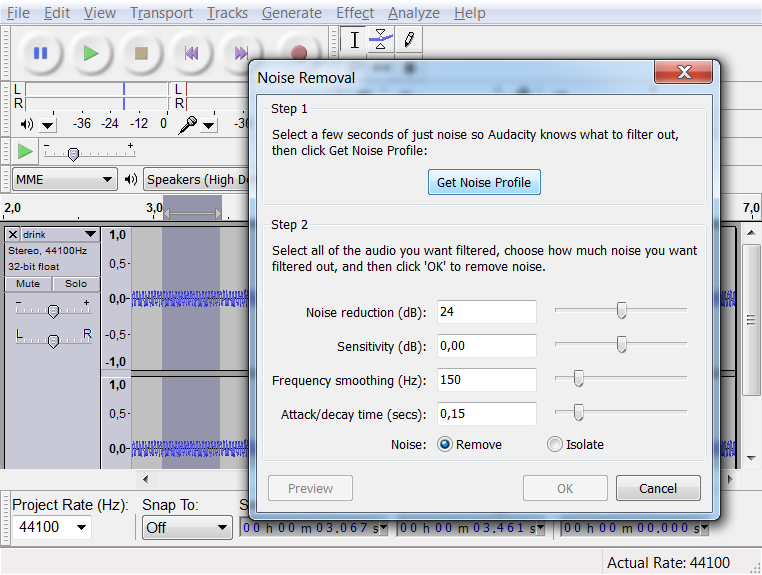 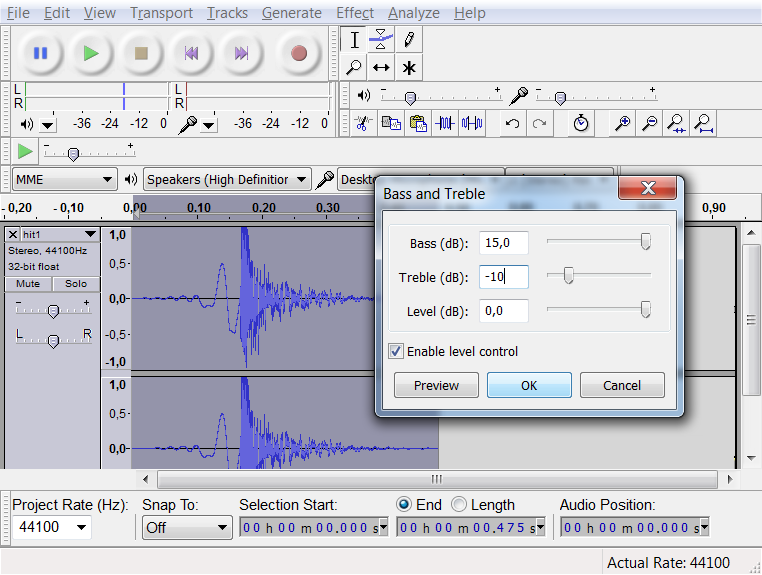 Here is a short reel of what I was able to record and mix for the game: Sound_Reel.wav

For I am overburdened approximately 50% of the final audio were recorded (some stuff is just hard to record in your room :( ), the other half came from OpenGameArt.org and Freesound.org. Both of them are wonderful sites full of really good content, many even final production quality. After listening to an hour worth of sound effects I selected the best matching ones based on my list of requirements and remixed many of them using Audacity for even better results. 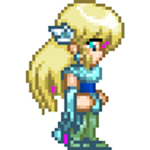 One thing to be aware of before browsing around these sites is licensing. Keep in mind, just like code, various assets like pictures and sound effects can only be used under strict terms. Some only require author attribution, but some permit fully free modification or commercial use. If you don't really want to dig into the topic, simply make sure you search for and use assets under CC0. This means the asset is essentially public domain, you can do what ever you want with it, even for commercial purposes!

You should be applying effects runtime too, to make the sounding of your game more dynamic. I constantly need to remind myself of this practice, I tend to forget about it. Few simple examples are: dynamic pitch, panning and volume control. If a sound effect is played a lot (e.g.: footstep, attack, shoot, hit) and your API of choice allows to set the pitch value (e.g.: XNA SoundEffectInstance) throw in some minor, but random changes! This will make it feel more varying. If your API does not allow this, have no fear! Pre-generate some good sounding variations for the often played effects and randomly select between them.

Example walking cycle in I am overburdened:

If you are not really into the video series but want to hear the difference between the placeholder sounds and the final sounds of the game, here is a timed link: Sound effects comparison

That is all for this post. I already cranked-out tiles and some sprites for the game, so I'm guessing the next entry will be kind of similar, but focusing on the art side.