Want to start and Mod KW and don't know how? this guide may be your best start point!

Side note, Moddb have some really serious bugs since 2015 and keep give me hard time make this tutorial or any thread in general, so if you see any error let me know, don't expect me to edit any typo though since unless it something more serious, it won't be wroth messing with MODB's buggy system. 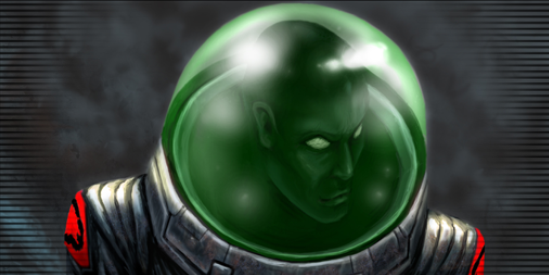 Want to start and Mod KW and don't know how? this guide may be your best start point!

Please note the following however:

1. This guide only cover *simple* modifications, don't expect to find here evreything, if you wish to know more you better use PurpleGaga27 FAQ Here

2. This tutorial is assume you already have TW, KW, don't expect me to link you the games here.

3. This tutorial assume you already have WrathED (Don't think I'm allowed to link it here).

Images may be posted later (Since my pc is in Wingdings ; D)

So let start with simple stuff, let say we want to change simple things like Unit's health or weapon's damage.

For that we going to need the Kane's Wrath SDK tool and mess a bit with xml language, get WrathEd (the SDK name), go to tools folder and open the WrathEd.exe, there we will need to press on "File" tab, press "Open Skuf" and load our game's skuf file (in KW main folder you have skuf.1.02 or something along the lines, just choose it and press Open)

Wait a bit and you'll see the tool loading some list of many unknown names on the left window, look in the list and find "Static" there, press it, Now you'll notice that new list of many weird names appeared in the middle window, without go too deep on what they are, let just say that each of them include codes in xml that tell the game's units, structures, weapons, effects, abilities, Support powers, and nearly everything you see in the game to work how it is now ;D,

So we need to select some of them, but not just any of them, We need the line that include the unit we want to mess with, so instead of just select one randomly, write the name of the unit you want in the search bar/Search asset Name (Note that most units files have different names than the ones EA gave them in the final version so you need to use purpolegaga's/Zocom's guide to see which is which, he made section only for the names and called it "Why can’t I find certain buildings and/or units?"),

make sure to also change the filter beneath the search bar to "GameObject" and hit the search button.

If your name was correct then some unit entry will appear in the middle window, press on the unit's entry and you will see that in the most right window xml codes will pop up, copy them all to a simple notepad but make sure you start copying from

"" (the rest of the lines beneath it aren't import).

Next save the note But be sure to add: ".xml" at the end of the name so we will change the file into xml, open it with notepad again, and hit F3 Or Control+F keys, write in the search bar something lIke Health and hit search few times till you find something like "MaxHealth="2500"" and change the number to whatever you like, Now save the note.

The unit will now have different HP after you will complies your mod (we will reach to that in a sec),

For weapons search again few times for "Weapon" in the same unit's xml you saved, look for the Template (example Template="rocketlancher"), and copy the weapon name that in the quotation marks (let say for this example "Rocktlancher") and put it in Wrathed.exe's search bar again Without the quotation marks of course!

(make sure to set the filter this time to "WeaponTemplate", find the weapon, press it, and copy it too to a note the same way we did last time (make sure to save it as xml !),

Some weapons have more than one xml, usually one is for range and other things while the second is for damage, these xmls usually called "warhead", for example you will see you have Rocketlancherweapon (for range), and Rocketlancherwarhead (for damage), so make sure to copy them both to different notes, open them and search for range or damage numbers the same way we did with the health ponits, change them to what you desire, and save them.


Now open WrathEd folder,
in WrathEd folder we need to go to the mods folder, and make new folder name "Our very first mod ;D" Just kidding, we can call it however we want, But lets stop with the whole "We" part cause this is *Your* mod form now on! (And cause it start to sound inconsistent and creepy).

One step before the last will be to create some xml file that suppose to detect your xmls files in static and add them to your mod files,

Open note and copy paste this:

Change "My edited blabla" with your own xml file's names ofc
And save that note as Static.xml, now put it in warthed\Mods\Your Mod Name\Data


Well, the only thing that left is to press the buildmod.bat in WrathED folder, write your mod folder name in the cmd, press enter, write version number, hit enter again, and now the tool will complies your mod.

In order to play it you need WrathEd mod launcher (the only tool to launch your mods)
you can find them here:

You can also find more examples in the Simple mod folder (which should be included in your WED mod folder) and try to mimic them if you like.

That it, till the next guide~

"3. This tutorial assume you already have WrathED (Don't think I'm allowed to link them here)."

Why wouldn't you be? They are available on PPM with Lauren's permission.

Well iirc PPM is manged by Banshee who is friend with the german's modder community and may was/still part of the Thunder team, I don't have much info to do actions on my own, and don't want to feel Bibber's and Lauren's wrath...

But if they don't mind them (All WED versions) being posted here then I'll post them.

I need to fix few section at the tutorial anyway

For people who wants more tutorials you can get them in our modding server ;)