Explanations on how to control AI in your levels and other misc things like how to script elevators. Ideal for any singleplayer mapper

AIRegions are used to define the behavoir of AIs triggered into 'Search' state.

The properties of the AIRegion are:

AIVolumes define the space which AI can travel. 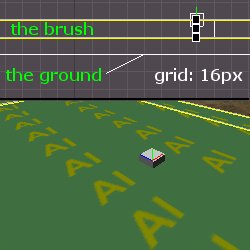 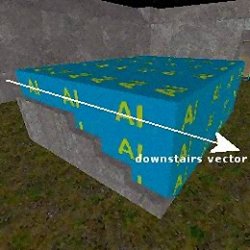 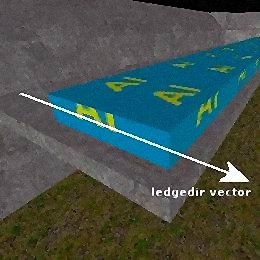 The properties of the AIVolume are:

AINode are special points the AI can use for special purposes. 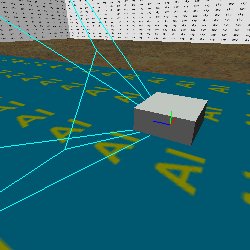 The properties of the AINode are:

AIGroups allow AIs to share there senses, means all AIs in a group can react on an event that happens to one of them.

The properties of the AIGroup are:

These are the different kind of computer controlled characters you can use.

The properties of the CAI are:

A CoverNode tells the AI where it can take cover. 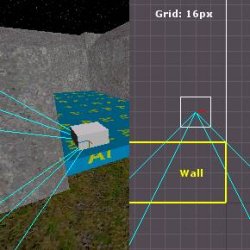 The ViewNode tells the AI where to look for the player if it has not traversible path to the AIVolume the player is currently in. 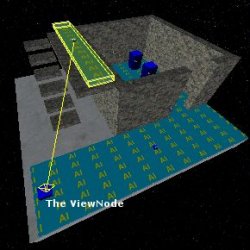 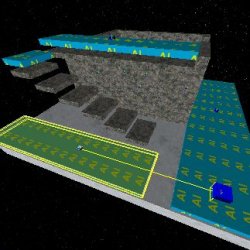 The properties of the ViewNode are:

SearchNodes tell the AI where to look for the enemy if triggered to 'Search' state.

PanicNodes are used by AIs triggered into 'Panic' state.

The properties of the MiscNode are:

The KeyFramer is used to move WorldObjects along a given path. 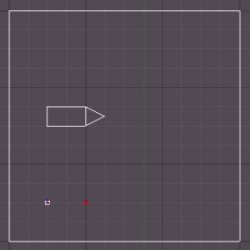 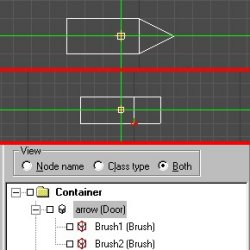 The properties of the KeyFramer are:

The properties of the Key are:

This tutorial describes how to create an elevator using the KeyFramer. It's a good practise in message sending and controlling a KeyFramer.

An elevator created by using the door objects internal moving abilities has the basic disadvantage of beeing limited to two floors, because the door has only two states: open and closed. So using the KeyFramer with it's virtually unlimited amout of Keys is a better, although a little tricky solution (well, as far as I know). But I guess after one practised this a bit, it's actually a more elegant solution - and a good practise in using the KeyFramer itself.

This is an example on how to use the CinematicTrigger to create an opening cinematic for your level.

You may want to add a few Cinematic sequences to your level, especially at it's beginning. You will need the following things for this:

For this example I will assume that the player (i.e. Cate) should be seen in the movie and that the movie starts right at the beginnig of the level. Keep that in mind while reading.

A list of messages you can send to an AI. Please help me completing this list. Most of the reactions should somehow work as commands too.

A list of messages you can send to different WorldObjects.

Under every WorldObject you will find the messages this object understands (as far as I know of course). I will not explain every one of them, because most are self-explanatory. In some case I didn't try, but think it's right (Like most Objects who have an 'StartActive' flag or something similar should react on the 'on' message).

Surface flags influence the surface properties of a brush or texture.

You can edit the them by right-clicking on a surface while in Geometry Mode and selecting 'edit surface flags...' or by right-clicking a texture and selecting 'texture properties'. In the first case the flags only apply to this special surface, in the second case the will influence every surface you use this texture for.You can find them (and add new ones) in the 'surface.txt':

Just a short list of animations the AI can perform throught the 'anim' command.

The AIs have many animations they can perform, from the default ones (walking,aiming, shooting etc.) to special ones (sleeping,dancing etc.). You can watch at all of them with ModelEdit. These are just a few ones, and I suggest taking a look at them to see what they really look like and how you can use them.