Of all the things a multiplayer game should have trouble with, this really oughtn't be one of them.

With release day looming, I figured I should hit up the game documentation and make it known how things are supposed to work. Given that Project Sonnensystem is a game best played with friends, I haven't done a proper public matchmaking system, partly because I'm not certain how to make a public match-making system.

Unity's built-in master server system isn't optimal in the least, and my development budget's super-low, so I probably can't afford to buy one of the many ridiculously-overpriced plugins for matchmaking off the Asset Store.

PROTIP: Most browsers include a "view image in new tab" function that will enable you to view the full-size versions of these images, which should make reading the labels easier.

As a host, you've got, arguably, the easier part; you just press a few buttons, and give out an IP address to connect to. The worst you may have to do is port-forwarding, or installing a tool like Hamachi. Pretty painless.

I can't give a walkthrough on port-forwarding, due to how many kinds of routers there are, so all I can give on that front is a recommendation to google " portforwarding" or something along those lines.

Hamachi's pretty painless to install, so for that, most of the other online guides out there should suit your needs. I'd probably just deafen you with technobabble trying to write a tutorial.

Both of these aren't going to be necessary if your fellow players are simply on the same LAN network as you, for family play or a LAN party. A quick run of "ipconfig" on Windows, or "ifconfig" on Unix-based systems should get you a copy of your LAN IP address to send to the other players.

As a host, these are the key things of importance on the main menu. 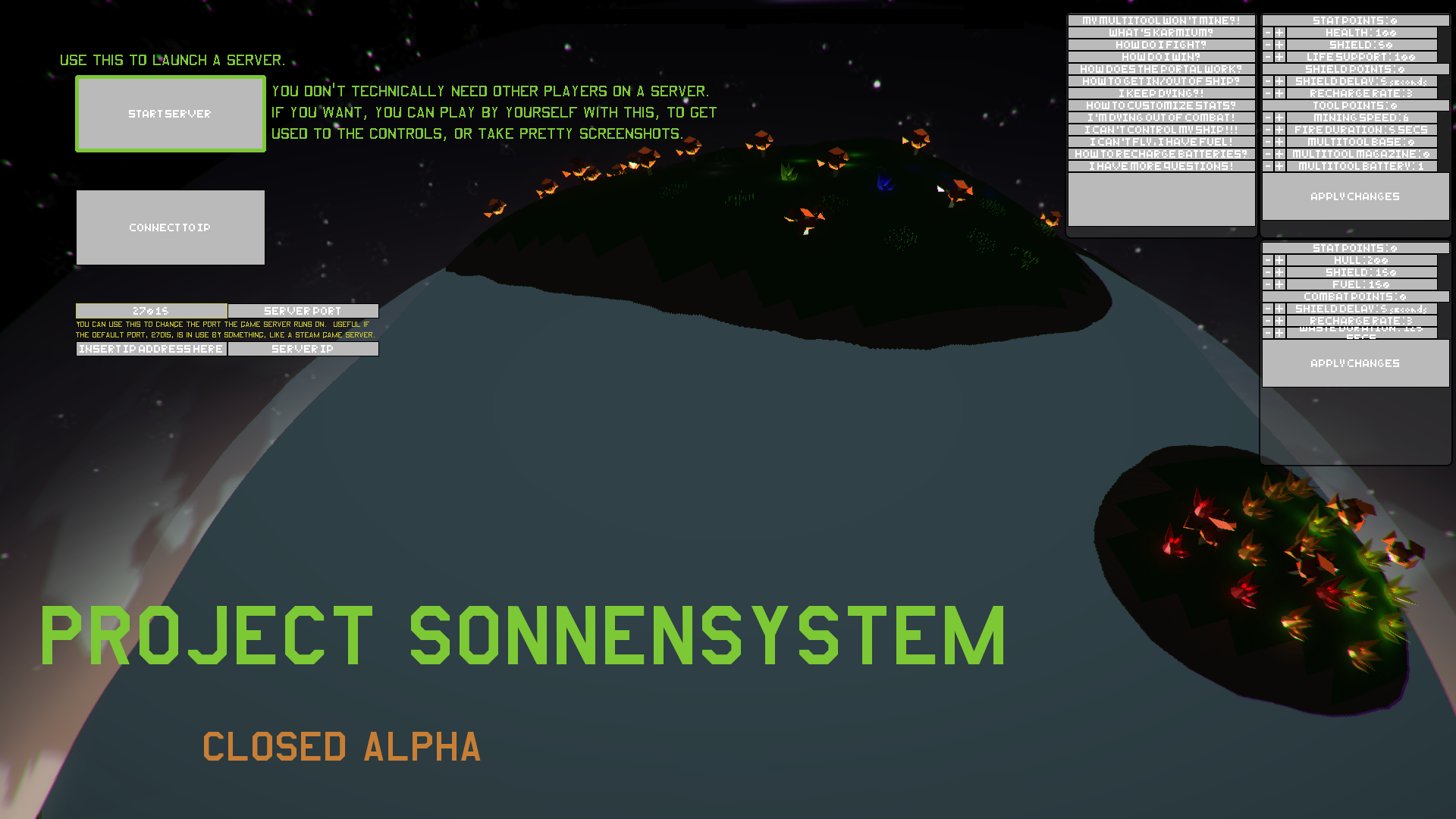 If you're already using port 27015 for something, such as a Steam game server, you may need to alter the port on the menu to match something else. If altered from the default, make sure to tell your players what the port is when you send them the server IP.

Once you've started the server, it'll be in the Lobby mode. 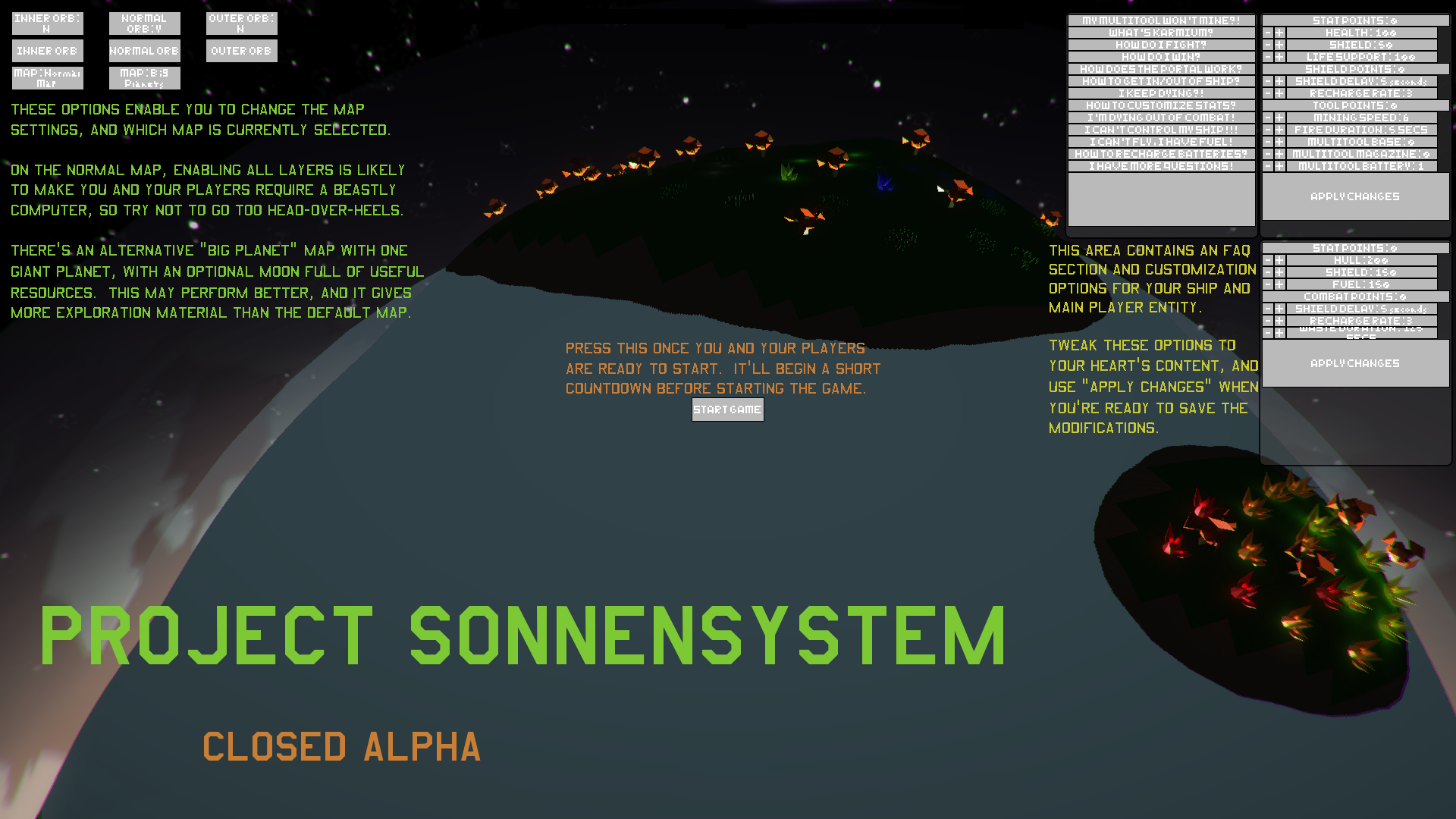 You'll want to keep the game on this screen while you wait for your players to connect, and do any customization they need. The lobby screen gives you a good chance to read over the in-game FAQ, start a livestream, or connect to a Discord. Whatever you want to do while you wait.

Once you've started the game proper, and the countdown finishes, you'll be greeted with a button to spawn in, alongside the customization options for any last-minute tweaks. Once spawned in, you're able to start playing alongside the other players, on equal footing.

You have a slightly more difficult job than the host. You need to connect to the server, which could prove to be very painful, knowing how frustrating portforwarding can be.

The host should have given you an IP address, and maybe a port, to paste into the main menu. 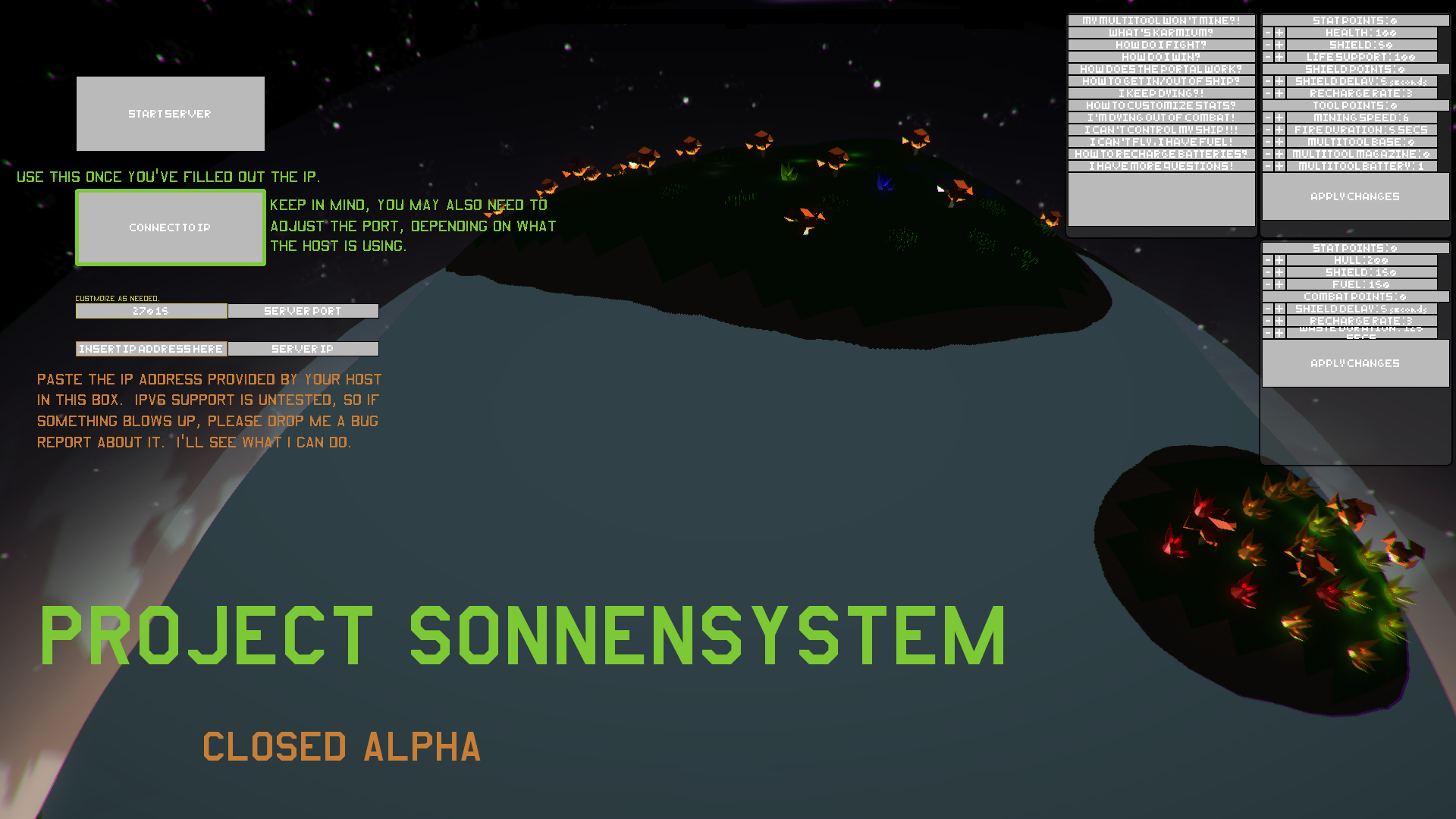 If the connection button isn't working, you may want to reboot the game before trying again. Unity's networking system is quite painful at times, and requires a lot of fiddly debugging.

Once you make it into a server, chances are, you'll be on the lobby screen. 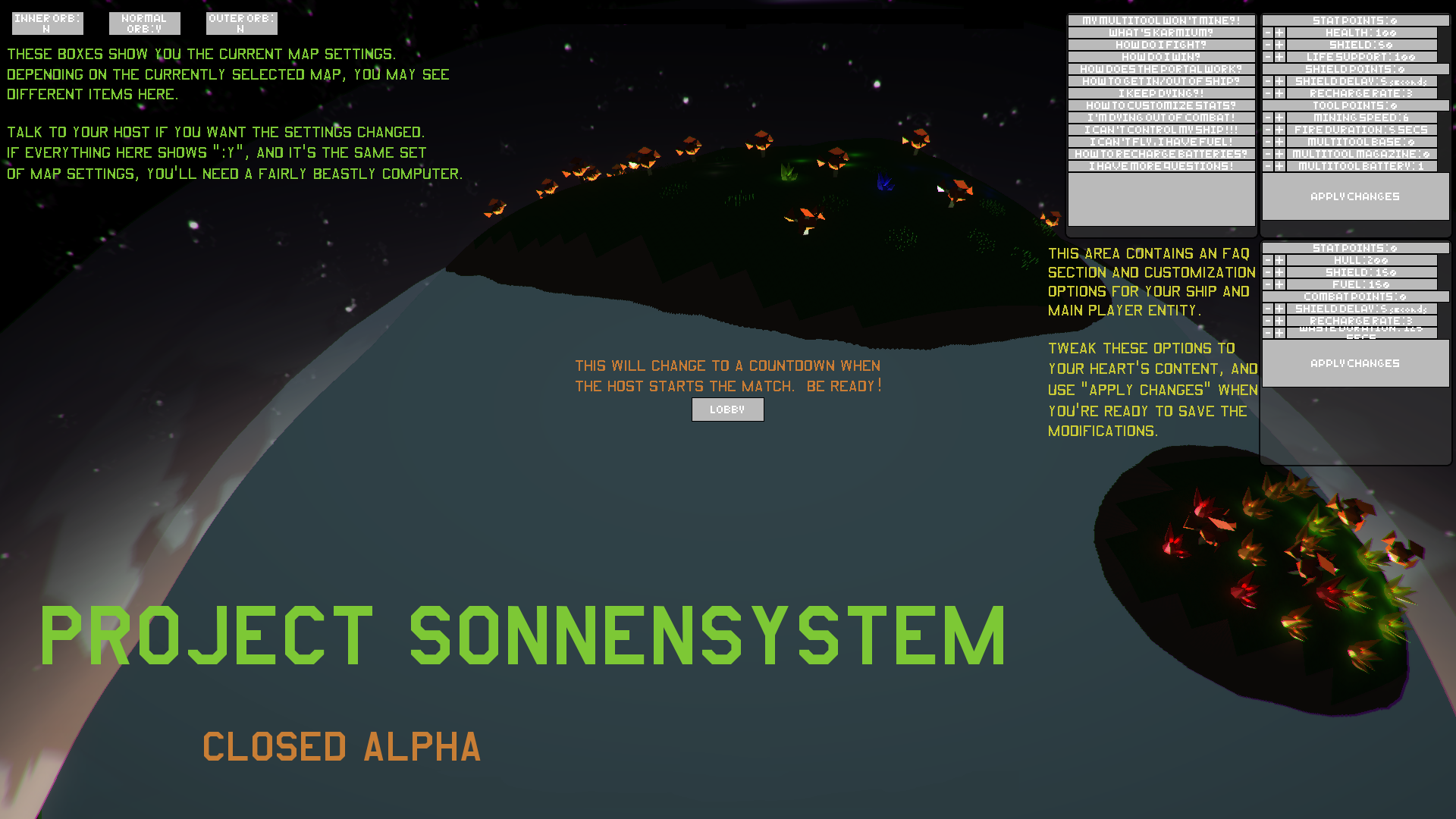 You can customize your stats and such here while you wait for the host and other players to be ready. I'll be doing a tutorial on the customization system at some point in the future, but it's not too hard to wrap your head around.

Once the game starts, you'll be greeted with the spawn screen. It's not terribly complicated. 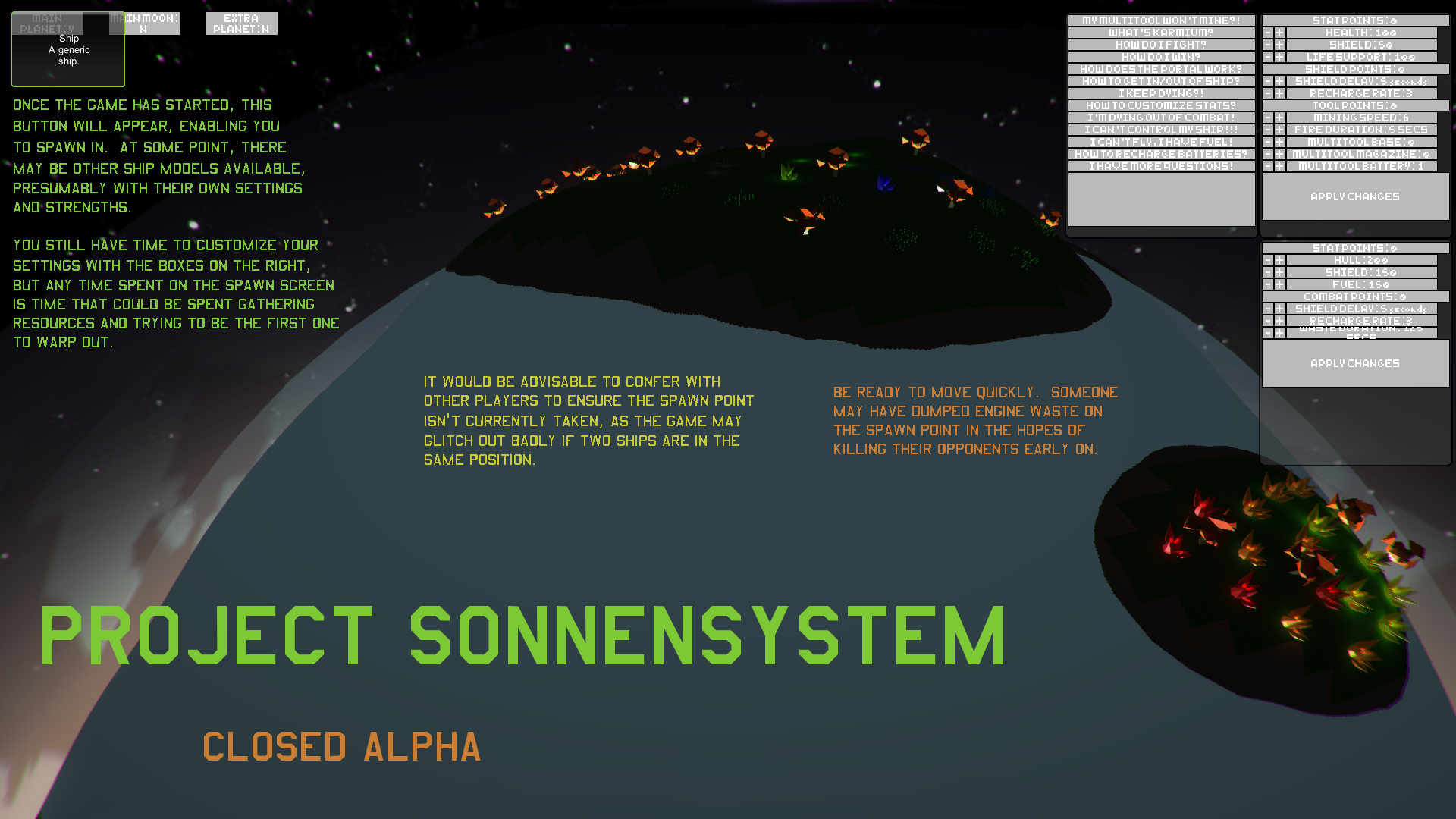 Once you're spawned in, start doing whatever it is you plan to do in order to attain that much-desired "First Place" status, be it trying to trap and kill your opposition, or madly gathering resources.

It's not perfect, but I FINALLY got a video made, showing off a relatively-complete version. Some of the stuff in it will still be subject to change before the giveaway releases keys tomorrow, but it's super-close to done.