Post tutorial RSS FPS? The Effect "Frames Per Second" have to the Engine

This Tutorial gives you a little information about what diverse FPS-Numbers will have in the Counter-Strike and Half-Life 1 Engine. This Tutorial includes commands, that are properbly not allowed in some leagues ( ESL, RAF ...). You may want to use a second config to catch.

Posted by Pinatz on Jun 4th, 2009 - Intermediate Other

There are several things you may know about FPS already. The more FPS you have the mor fluid a game will look. Usually you will not notice the difference between 100 and 200 fps because FPS > 100 may seem for the most eyes fluid as real life. (There are some people who will notice the difference though). Btw you can change the FPS in Counterstirke with the fps_max cvar and developer 1 (this command allows to get more than 100 Fps).
But we do not try to push the FPS higher to get a more fluid game but push the FPS to influence the Half-Life engine!
As many surfers know they have higher Airtimes and better control with 130 FPS than with 60 or 100 Fps.
In Catchmod you can use the same thing to get better control and reach far more higher speeds than with 100 fps. The Friction on Slants will be lower as you may notice when playing with higher FPS.

I play with 280 Fps. This Fps have a good compromise between airtime and speed.
And you will not stuck very often. As you may know from Surf - More FPS - More Stucks. Stucking its called when you are on a slant and then lose all your speed from one moment to another. That is a half-life bug we can not avoid.
If you have a look to this neat picture done by Hawk then you will see how fps influence the Half-Life engine and the time a usual jump takes. 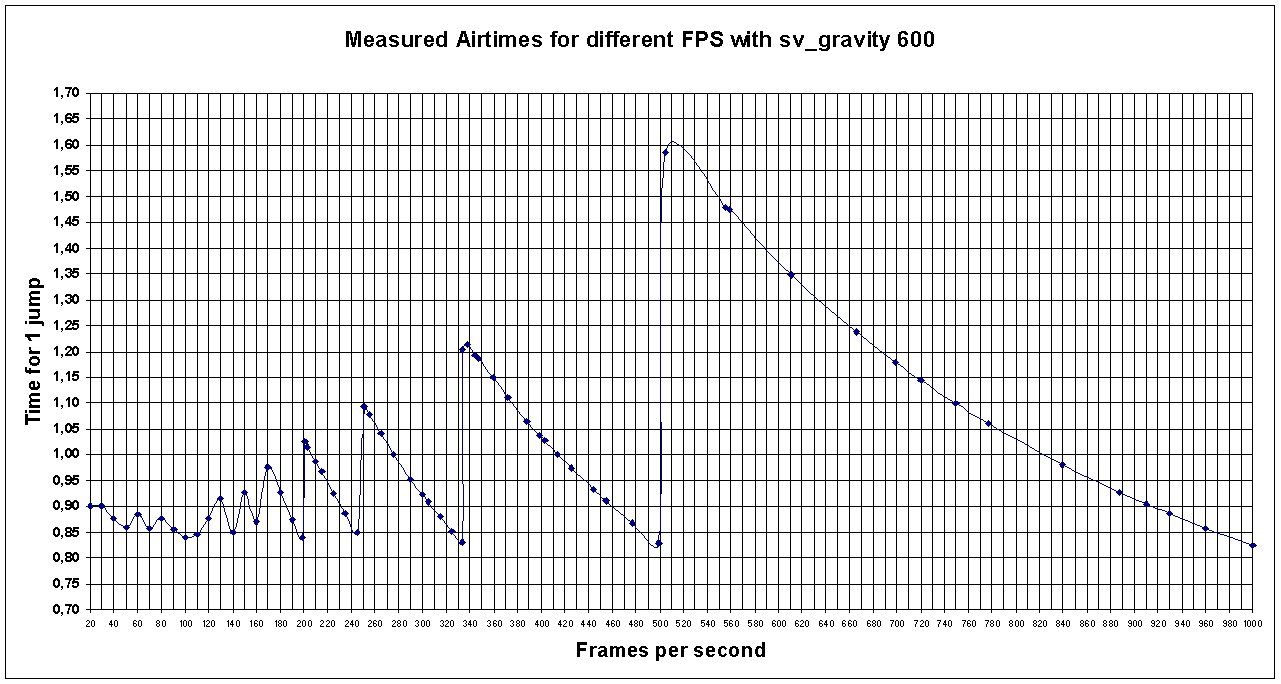 There are some FPS with which you will get a VERY high airtime. But you will be slower while running.
Your weapon will drop slower, and a lot of other things in the world of Half-Life are influenced by this. So be careful with high fps ;)
As my tip. Use fps_max 251 , 280 or 300 for a good gameplay. If you just want to fly very high then use 336 as fps_max.
I hope this tutorial helped you !