FFE and creating an XREF.... Potentially animating models through Mudflaps..... Making an animated model from the Ref...

Okay comparisons first.
Please take note of the name of the file up the top as it is wise to append it with a difference or it will crash. 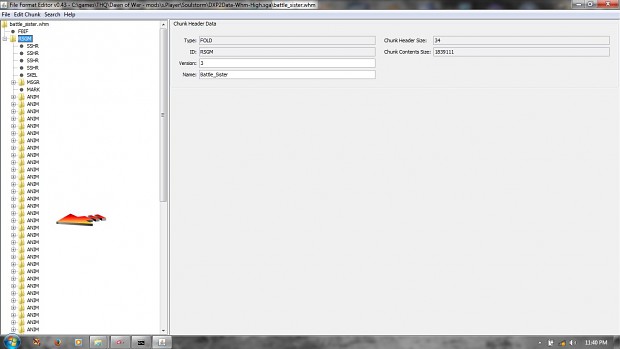 ANIM in the Whm, where they usually all are. :) 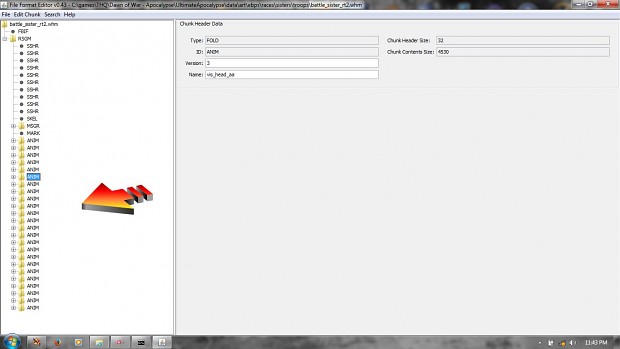 Notice the reduced amount of ANIM in the whm. 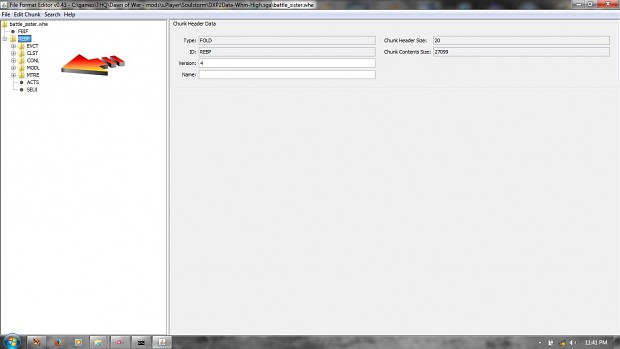 Notice the lack of ANIM in the whe. :) 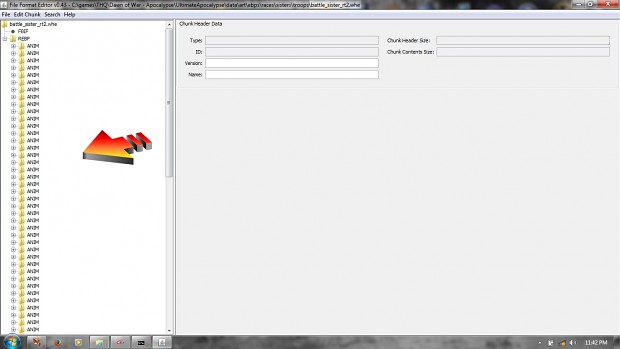 Whe after the xref has been transferred.

Notice all the ANIM are in the whe?

How is this done?

Well it is a matter of getting one ANIM chunk out of another whe and copy/paste or save/load chunk into the renamed whe you are working on.

then we edit the ANIM in the whe: 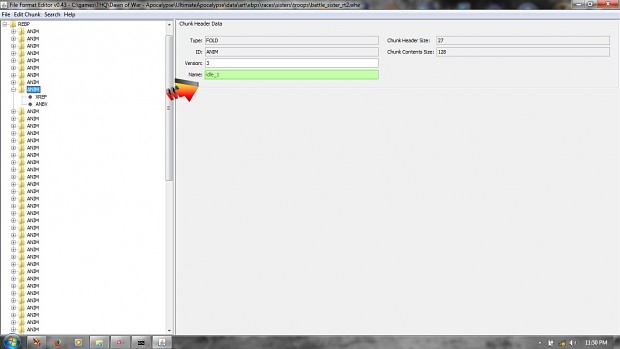 First thing we need to do after we put the ANIM chunk into the whe is to rename its Name. :P

Name it the same as the ANIM you want to remove from the whm.

Remember there is a space at the end of the name, you dont touch that because it is not actually a space. It is a character we cannot toy with. :)

Then onto the address of the Model, and the animation we want to use out of the model: 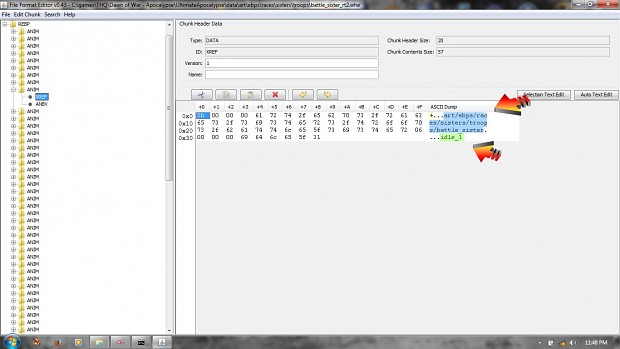 Now on to the XREF.

The Xref is broken down into two parts.

the first part is the address of the file you want to get the animation from, or XREF.

Moddb.comLast but not least, we cut chunk the anim from the Whm we XREF into the Whe.

WHY? Why do we want to do this?

This will save lots of file space as the largest part of some models is the ANIM in the WHM.

We use this wen we want to change objects in a file and feel confident enough to be able to do this to save on download.

When dont we do every ANIM in the WHM?
When we want to work on 80 3f visibility.... So we leave the ANIM we alter in the WHM.
That is about the only reason I can think of now. :P