FAQ Dawn of a new era.

The creation of your character
Before starting play that mod you should create your hero. The main difference between native mod and our is the new race – the humanoid. If you chose that race, you’ll receive it’s firearms with good characteristics and a big strength attribute bonus. Although, the humanoids have no permission to choose the noble background. Remember, that the humanoids are unexplored by the local people, so do not be surprised if your male humanoid will be called as a woman by them.

There are a lot of interesting items, which you shouldn’t mind taking, because their owners had already died or mutated irreversibly and forgot about their stuff. Some artifacts are not so easy to found, so you should be smart. To find some other rare items - you should just visit different villages.
You can find interesting items:
a) At villages. Mostly you would find ordinary things, but there are some artifacts, too.
b) At villagers’ houses. Do not mind about your honor and relationship with local lord, frightened people wouldn’t tell anything to others.
c) At new locations (instead of usual items, there would be some uncommon and rare things).
d) In cities. 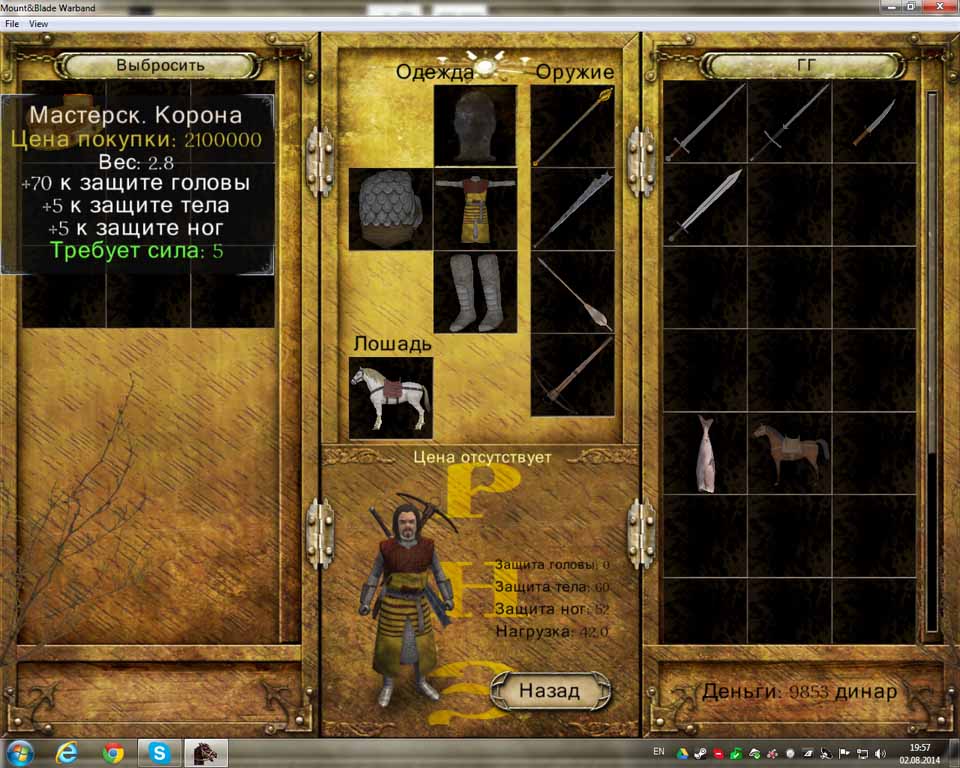 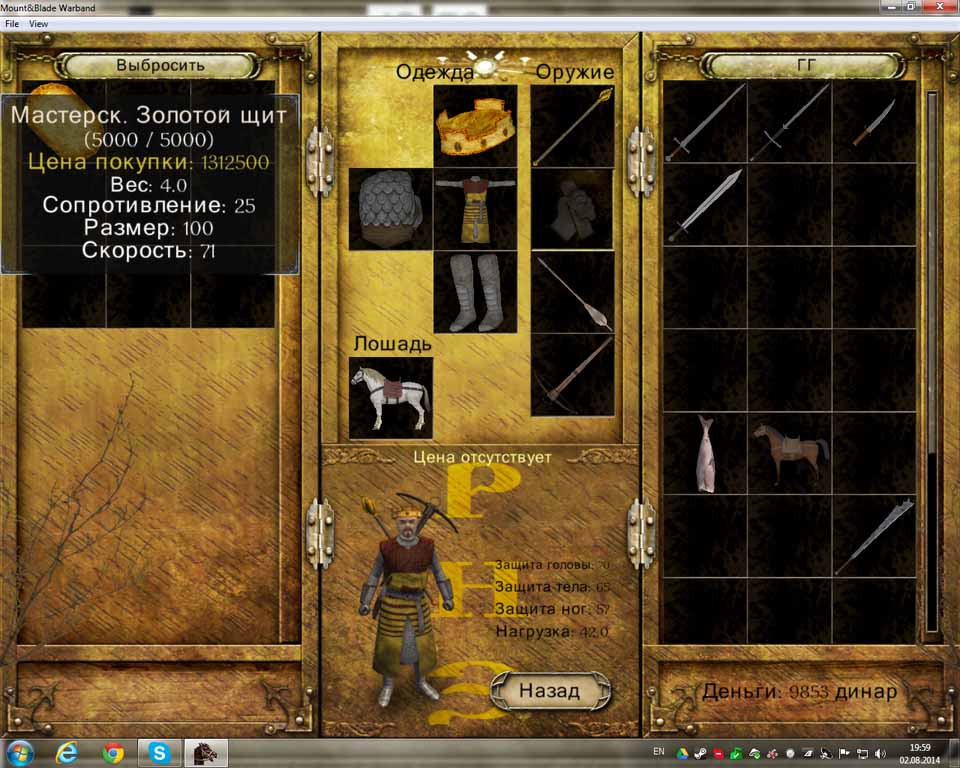 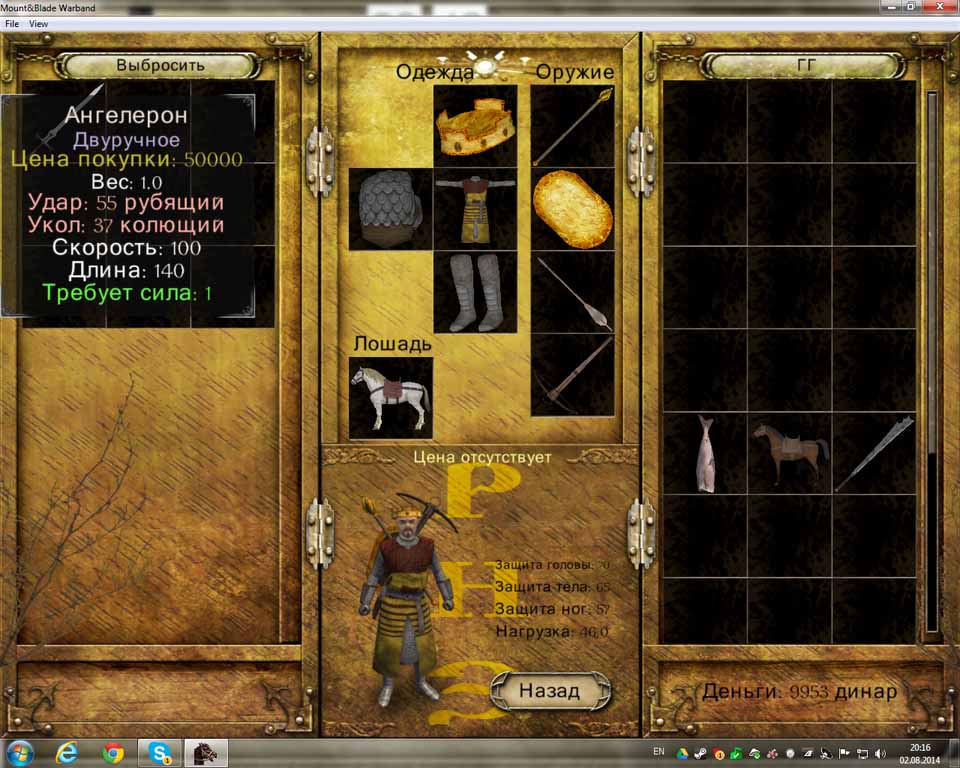 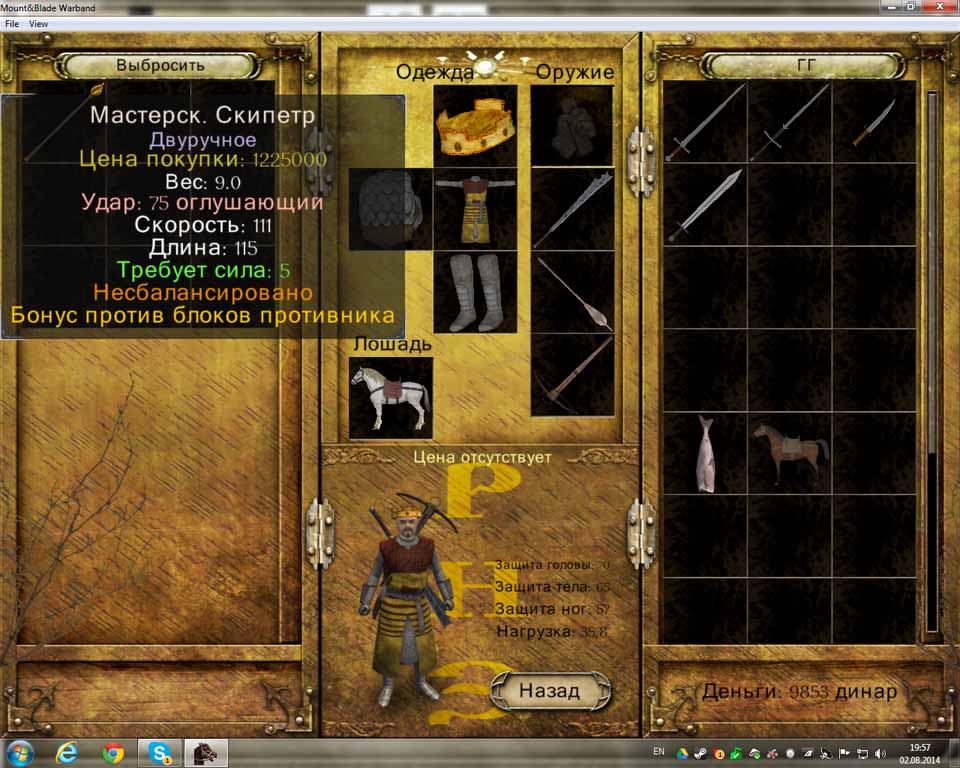 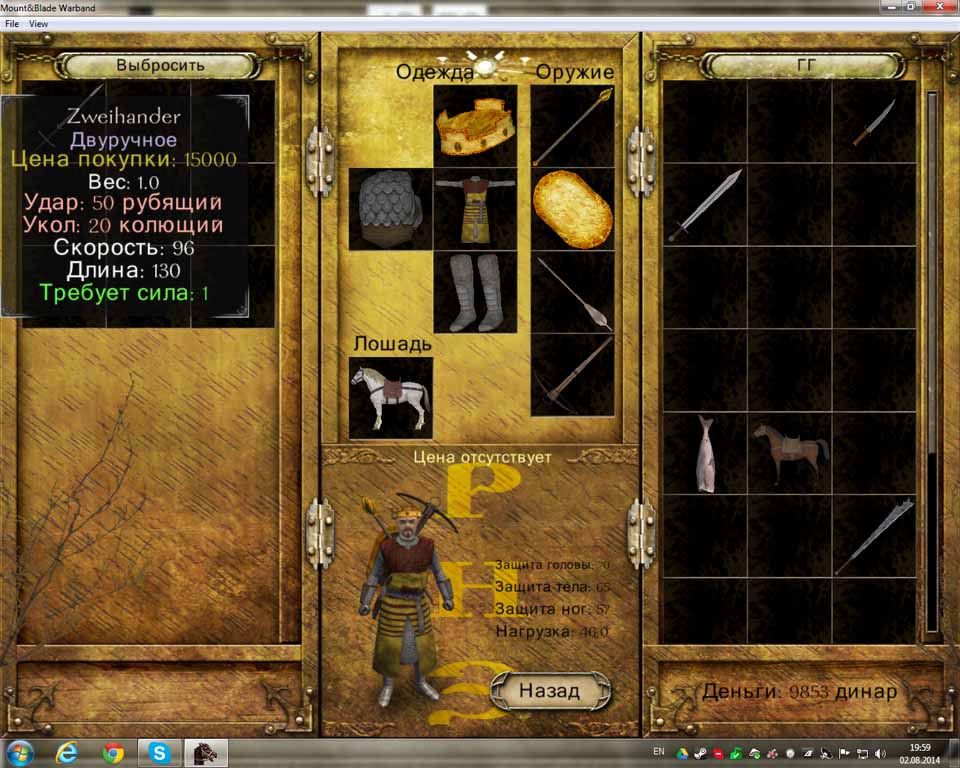 Cheats wouldn’t work on many creatures in this mod cause of their especial features. Don’t think that this is a bug. If you can’t beat the enemies in some locations, just find more powerful artifacts and items.

(Battle Camp)
At Battle Camp you are able to improve your skills/earn money and trophies/capture enemies’ soldiers. There you could fight with swadian soldiers against humanoids. For each dead humanoid you’ll receive money.

(Cave)
If you choose the right way and beat all guards of this location, you'll be able to pick up powerful magic items from the chest.
How to use magic and what it exactly is
Actually, there isn’t any magic. All abilities are the achievements of science. You do not need old grade elder to cast the spell.

Magic.
Than higher your magic skill is, than more powerful and expensive your magic is, and than faster it’s regeneration is.
To use magic you should:
1) Equip at least 2 magic items.
2) To choose spell pres “V” button (The necessary volume of magic energy will be shown in braces at spell-choosing panel).
3) There are 3 variants of development.
а). Magic will has used immediately.
б). You should select a place where the magic will has used. Keep “V” pressed and press right/left mouse buttons to zoom/zoom out and to turn camera left/right.
в). Another menu of choosing of the spell appears.

The mana bar is near your hp bar. All magic abilities will be available as soon as you reach the 5th level of “Magic”. There are 5 spells (one per each 5 levels of “Magic”). If the level of the skill of magic is higher, than 5, previously learned skills will have been upgrading during you upgrade your skill.

Abilities:
- Healing spell
- Teleportation: choose the place, where you want to teleport to with using "V" button.
- Magic fire: choose the place, where the explosion will be.
- Enchanting of the sword: opens new menu which let you choose one of three types of enchanting:
1. Firesword. Gives splash damage.
2. Ice sword. Could freeze enemies, disable them.
3. White sword. Adds damage which depends on enemies’ lost hp.
- Force field: you would have a protection against enemies’ attacks, the field also deals damage to the enemies around you. 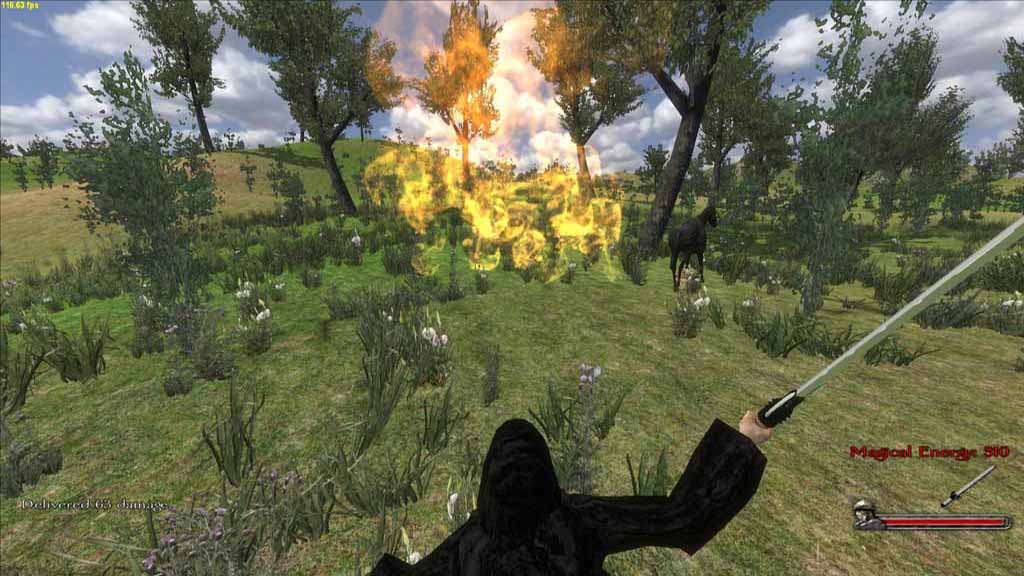 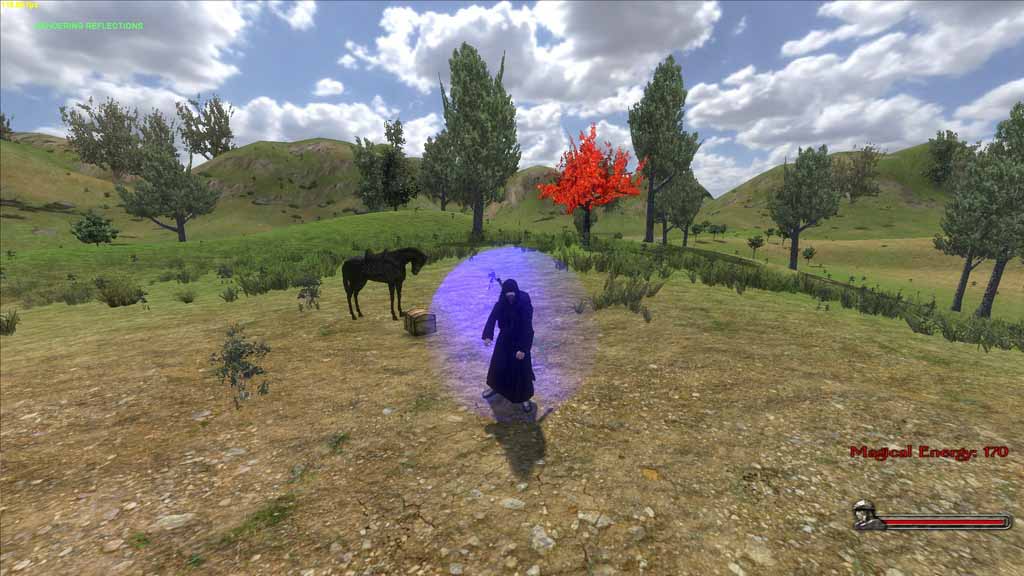 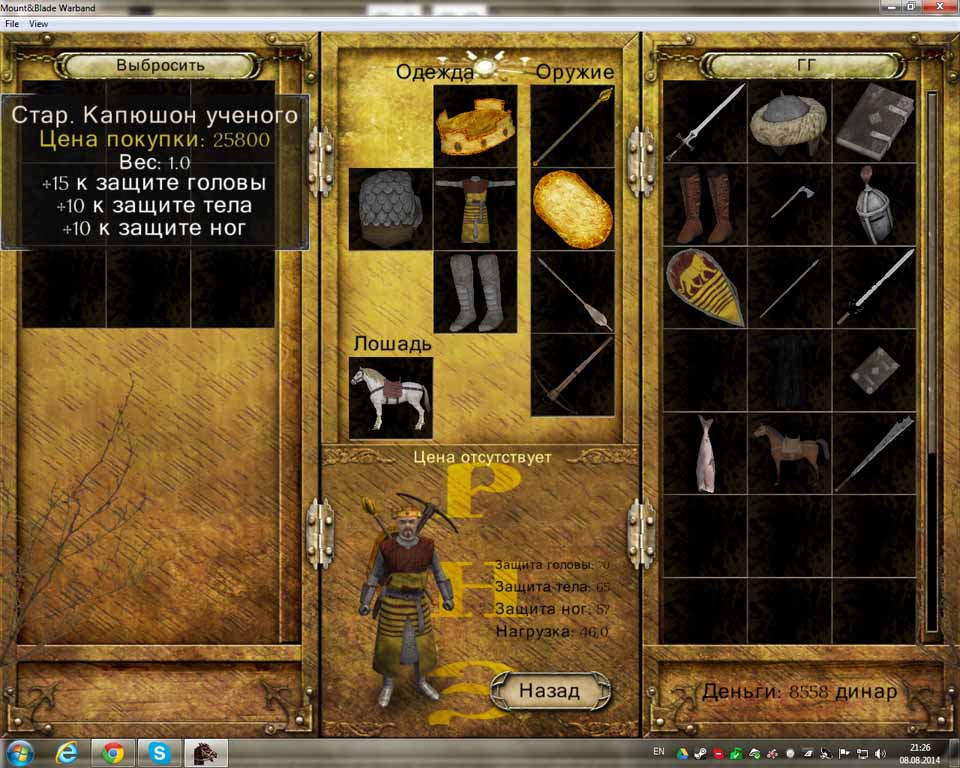 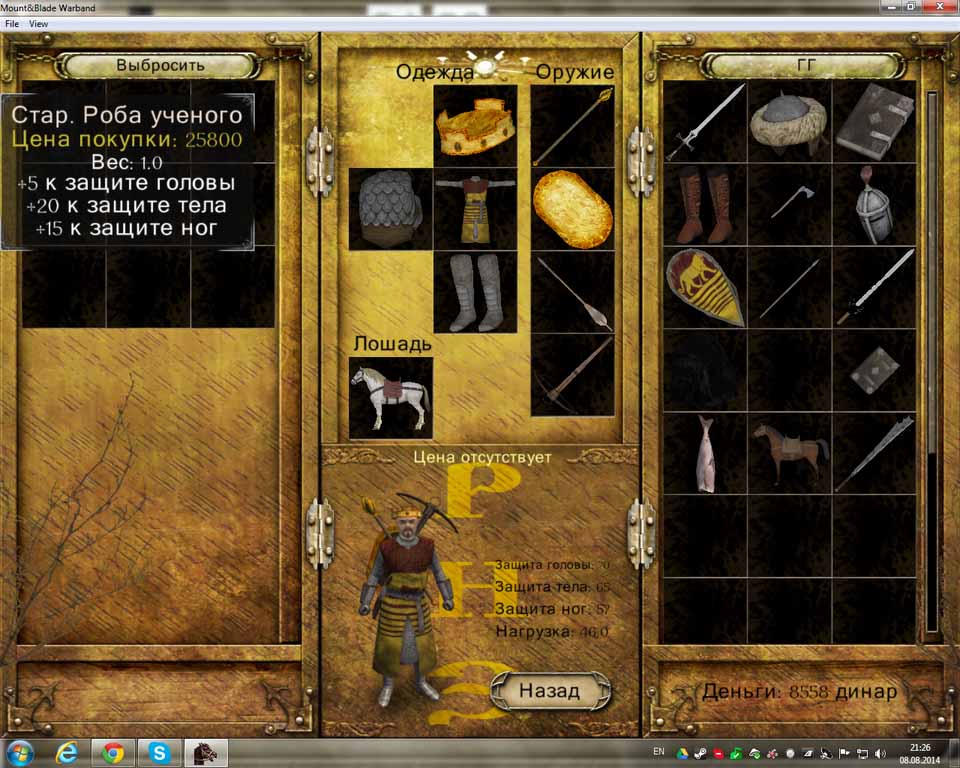 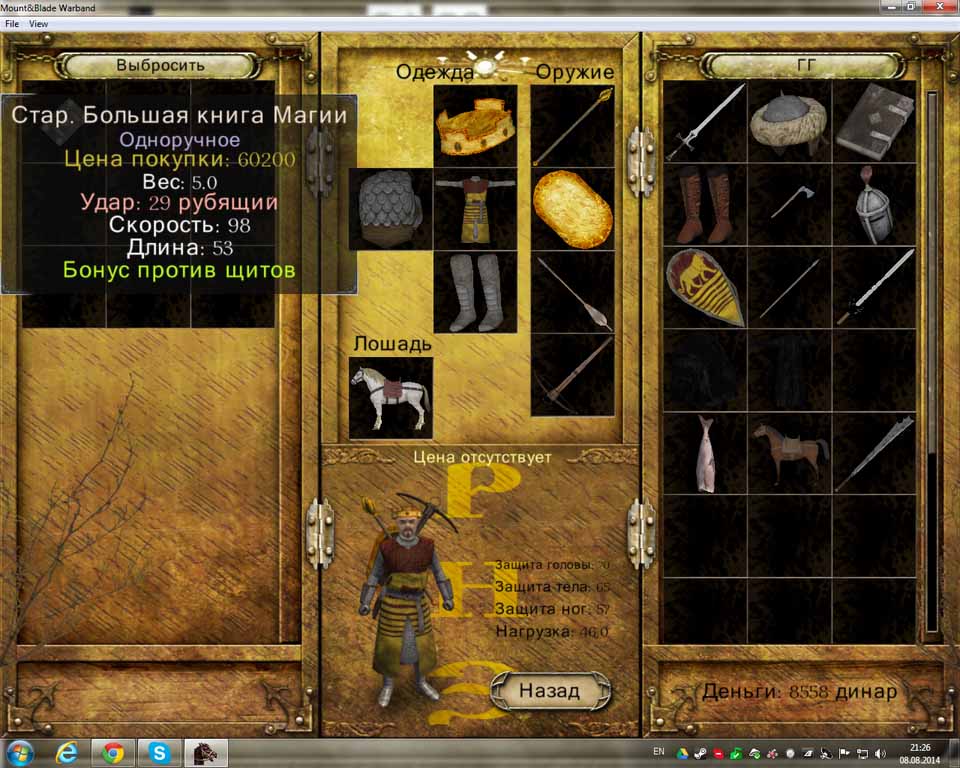 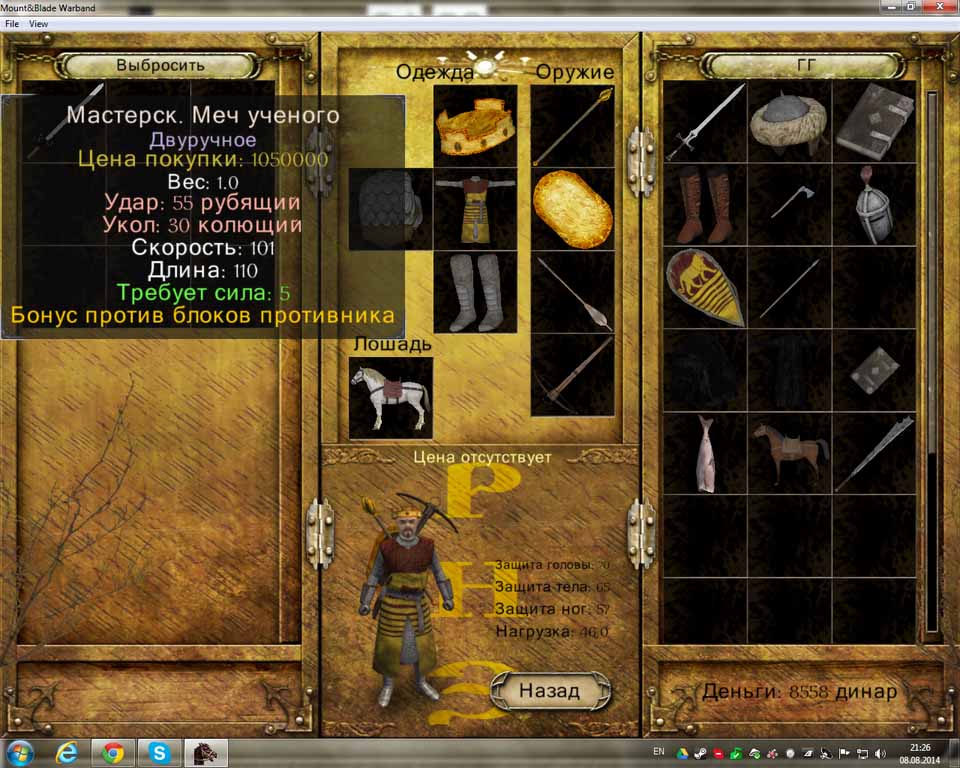