Part 2 of Henrik 'Biscuitfist' Giang's workflow showing how he tackles concept art for Epigenesis. This time, it's about Black and White value painting.

Greetings and good day/evening!
For those who haven't read part 1. I'm Henrik Giang, artist from Dead Shark Triplepunch.
I'm going to show you how I do Concept Art/Design for Epigenesis. From an idea sprung from discussion, to a painted object.
For these tutorials, I'm going to show you my process for designing and then painting a concept for an Artillery-plant.

PART 2 - BLACK AND WHITE VALUE PAINTING
As a note before we move on, I'm not going to go too deep into actual painting, that's a huge topic itself which you'll find better answers elsewhere. I'm just going to show you how I paint.

The reaason to why I mostly paint in solely black and white is to see if the values translate correctly to a 3D-object.

Remember these 3 from the last part? I chose the middle one to refine and show you the entire workflow of, so we're going to paint the middle one.

Reason for this? It's because the middle one seem most robust and stable thus look capable of firing a large projectile.

So we single out the middle one and enlarge it. Also hide the other 2 we won't use. 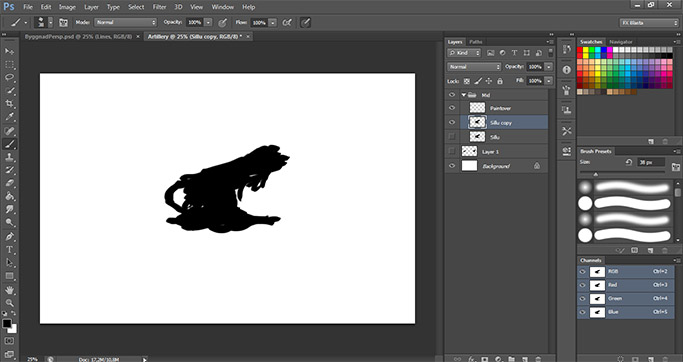 So here's a the bit in which we 'enhance' it a little. Mine ended up like this.
I added some gray values in background to be able to separate the white from the default white background. 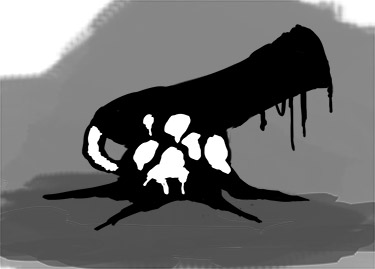 Now let's apply some values to this baddie!

So we bring up a new layer to use as our paintover layer. I now use white and opacity set to pen pressure to lighten the brighter areas up. 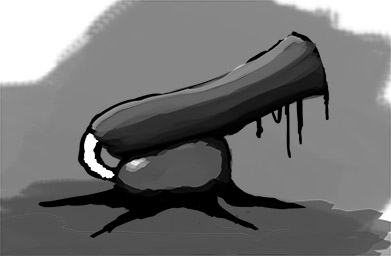 TIPS for values: Try to think of the object as a sphere with a cylinder on and imagine where the light comes from. Like this! 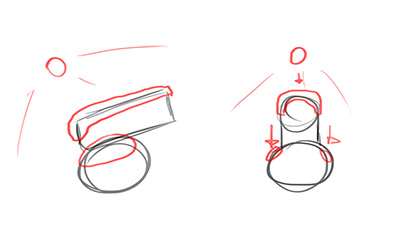 So where the light can't reach, we want to make it darker. 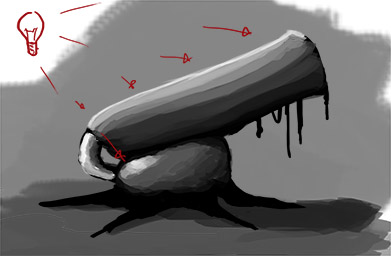 Now we want to think a bit about what material the cannon is made of. Here I thought the barrel itself would be made out of a wood-like material. So let's look up some wood! 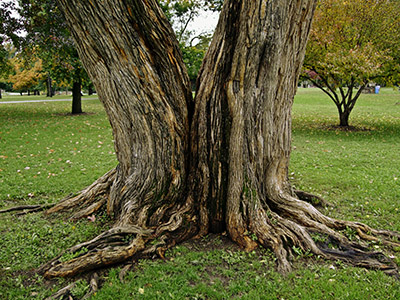 So from here we just paint! 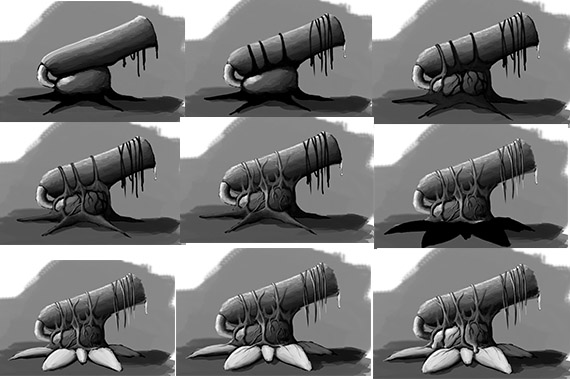 I added the roots around the sac to attach the barrel on the sac. Around the middle of the painting I decided to use flower-petals instead of roots to attach it to the ground. This would save up a plenty of time for the 3D guys and animatiors later on since we don't need extra skeletons to dictate where the roots are stuck and can move or not. 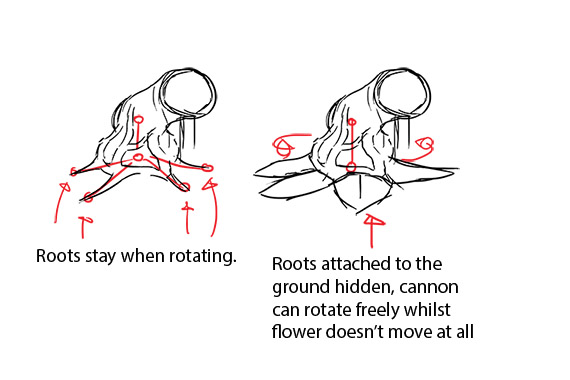 By simply having a flower-like base we can 'hide' what's going on between the cannon and the platform thus removed the need of having roots attached to the platform. So by now we would have reduced amounts of skeletons needed from 1 per root, to about 1 (2 joints) for the entire cannon.

This now concludes part 2, my process of Black & White value-painting. In the next part I will start applying textures from photos.

Thanks and have fun!